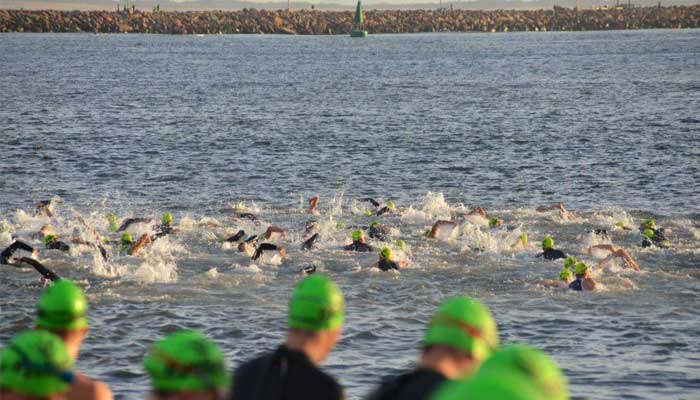 Each year professional athletes and enthused amateurs from around Australia take part in Newcastle's premier sporting event, the Sparke Helmore Newcastle City Triathlon, to raise funds for various local charities and sporting groups. This year the Triathlon was held on 23 February 2020, which was the 27th consecutive year Sparke Helmore has supported this great community event.

Sparke Helmore staff and families support the cause by volunteering to help out with race activities and take part in the Triathlon's numerous events. Former Sparke Helmore Community and Pro Bono Partner, Tony Deegan, who has competed in the Triathlon for 23 years and attended every event since it first began in 1994, had this to share about the Triathlon:

"John Davis, a former managing partner of the firm, came up with the idea for us to hold Newcastle's first corporate triathlon, which the locals immediately got behind. I'd never been a great athlete but enjoyed swimming, so volunteered to do the swim leg in a team race that year. There were waves of starters for the swim and it was a real scramble, with competitors climbing over each other to get ahead and into the water. It was on for young and old and there were no beg-pardons.

I think a great thing about the Triathlon is that it's a chance for our staff and their families to band together for the cause. Whether it's being involved as a volunteer marshal out on the course or as a competitor, being on the organising committee or cheering on our colleagues and then enjoying a team lunch in our marquee—it's a fantastic staff day."

For more information on the Triathlon visit http://newcastlecitytriathlon.com.au/

Copyright 2020 © Sparke Helmore. This publication is not legal advice. It is not intended to be comprehensive. You should seek specific professional advice before acting on the basis of anything in this publication.