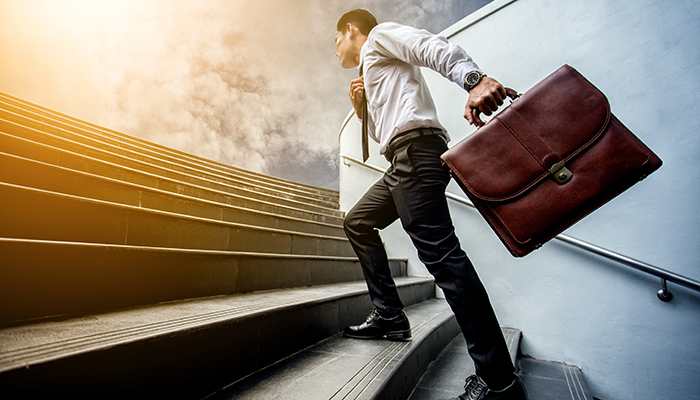 This week saw a further change of emphasis, with the Prime Minister’s announcement of the “JobMaker” scheme hoping to steer the nation out of the economic doldrums through the creation of jobs by reforming industrial relations laws and the skills and training sector.

An important decision was also released by the Fair Work Commission this week that, for the first time in any detail since the pandemic commenced, analyses the pre-requisite requirements for the stand down provisions in the Fair Work Act 2009 (Cth). The decision provides important guidance on when, in the context of the COVID-19 pandemic, a stand down based on an alleged “stoppage of work” will be lawful.

Earlier this week we also released the third edition of The Evolving Workplace, our regular Workplace podcast. In this episode, our wonderful colleagues Roland Hassall and Carlie Holt discuss the safety and employment considerations employers must be across as the transition back to the physical workplace continues.

The decision in Michael Marson v Coral Princess Cruises has this week provided employers the clearest guidance yet on the application of the stand down provisions in s 524 of the Fair Work Act 2009 (Cth) (FWA) during the COVID19 pandemic.

Section 524 is designed to relieve employers of the obligation to pay wages to employees who cannot be usefully employed in certain circumstances, such as a stoppage of work.

The dispute arose following the forced closure of Coral Expeditions, a cruise operator that suspended trading in the wake of the pandemic. Coral Expeditions stood down 107 employees, including Michael Marson, a Marine Superintendent. Mr Marson submitted that Coral Expeditions had not satisfied the requirements of s 524.

For a stand down to be lawful under s 524(1) of the FWA, Deputy President Lake noted that “an employer must satisfy three primary criteria”:

It has traditionally been held that a mere reduction in available work does not constitute a stoppage of work. However, a key question that has arisen throughout the COVID-19 pandemic is whether an employer is able to lawfully stand down employees where a business has ceased its usual operations, but there still exists some limited functions for a small number of employees to perform.

According to this decision, the answer is YES, provided the core “work” or “activity” of the employer has “entirely halted”.

The Commission held that the question of whether there is a “stoppage of work” is centred around the term “work”. In this context, work means the core “activity” of the business.

The decision confirms, consistent with previous authority, that a substantial reduction in available work is unlikely to be enough to demonstrate a “stoppage of work”. Instead, the core “work” or “activity” of the employer must have “entirely halted”.

The Commission held that Coral Expeditions “work” was the carriage of passengers on various recreational cruise holidays and this had entirely halted because of the pandemic. The incidental administrative or caretaker functions that remained did not constitute the “activity” of the employer. A stoppage of work had therefore occurred.

On the “usefully employed” factor, Deputy President Lake found it is a question of fact whether an employee “cannot usefully be employed” and that regard may be had to the “economic consequences” for the employer.

The decision provides a two-tier test for employers to consider when assessing whether the relevant employees can be “usefully employed”.

Firstly, an employer must consider the work available, and how many employees are required to complete the work. In this instance, while there was administrative work available, it was limited and could be effectively redistributed to employees who were not stood down. Mr Marson therefore could not be “usefully employed”.

Secondly, an employer should ensure that its decision reflects “notions of good faith and fairness”. Coral Expeditions had acted out of business necessity, standing down nearly 50% of its workforce. There was no indication of malicious behaviour or ill intent towards Mr Marson and therefore the decision appeared to be made in good faith and fairness.

Deputy President Lake observed that the decision by Coral Expeditions to exercise its right under s 524 was borne out of necessity to navigate the crushing impact of the pandemic on its business. Stating that "to eschew economic considerations in a time such as this would be contrary to both the case law and notions of fairness”.

Coral Princess was therefore entitled to maintain administrative roles but still lawfully stand down other employees, including Mr Marson.

Note: this decision relates to s 524 of the FWA, and not the new s 789GDC of the FWA enabling employers to stand down employees in receipt of the JobKeeper payment. Although the “usefully employed” element appears in s 789GDC, there is no similar requirement for a “stoppage of work”.

JobMaker: Reforms of industrial relations and the skills & training sector – a path to recovery?

In a speech made to the National Press Club on Tuesday, Prime Minister Scott Morrison has drawn parallels with the Hawke Government’s union “accord” by revealing the Government’s new JobMaker” package in an attempt to get Australia’s economy “out of ICU”.

The Prime Minister’s job making scheme will focus on two main areas, industrial relations (IR) reform and a reform of Australia’s skills and training sector. The proposed reforms are designed to respond to the unprecedented loss of jobs in the economy by removing inefficiencies identified in IR and in the skills and training sector. The proposed reforms seek to build upon the equally unprecedented cooperation (at least in recent memory) seen between Governments, employer groups and unions in responding to the COVID-19 pandemic.

As part of the Prime Minister’s IR reform plan, a review of Australia’s IR laws will be undertaken by the Minister for Industrial Relations, Christian Porter, who will chair five working groups to target specifically identified “inefficiencies” in the IR system, including: award simplification, enterprise agreement making, casuals and fixed term employees, compliance and enforcement, and greenfield agreements for new enterprises.

The Prime Minister described the current state of Australia’s skills and training sector as “clunky” and “inconsistent”. The Prime Minister claims these issues are leading too many students to “default to the university system, even if their career could be best enhanced through vocational education”.

Part of the problem identified by Mr Morrison was the current National Agreement for Skills and Workforce Development, which sees the Federal Government provide Australian states and territories with approximately $1.5 billion each year with very limited oversight.

In order to bolster Australia’s skills and training sector, the Morrison Government will focus on three areas, including: faster development of programs, consistent pricing and funding of training programs, and improving the quality of the training programs provided.

In addition to the above, the Morrison Government will also establish a National Skills Commission which will identify skills shortages in Australia’s labour market in real time, flagging those sectors where a skills shortage may be emerging.

We will provide further updates on the Morrison Government’s “JobMaker” scheme, particularly any proposed reforms of the Fair Work Act 2009 (Cth), as more concrete developments are released.