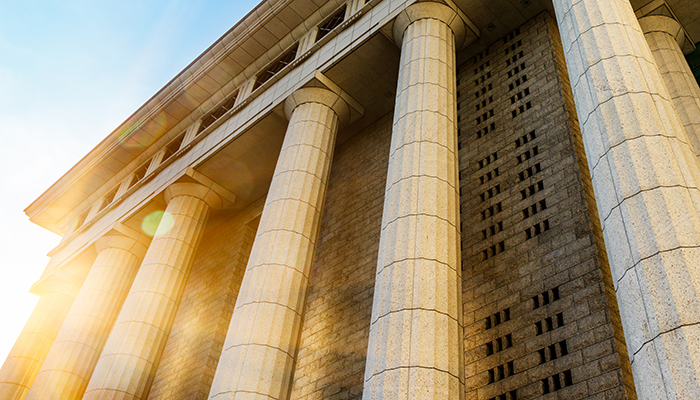 In Bensons Property Group Pty Ltd v Key Infrastructure Australia Pty Ltd & Ors [2021] VSCA 69, the Victorian Supreme Court of Appeal (the Court) considered the application of the prevention principle and held that the principle must arise as a result of a breach of the implied duty to cooperate or the like; it cannot arise independently of or be considered a general concept divorced from, the terms of a contract and more particularly, breach of those terms.

Key Infrastructure Australia (KIA) carried on business in property planning and engineering. It offered a service of identifying properties for development, obtaining permits, having plans drawn up and finding a developer to buy the property with the relevant permits and plans.

KIA identified a development opportunity at 103 Beach Street, Port Melbourne and submitted plans to the City of Port Phillip (the Council) for a proposed three-level development.

Bensons Property Group Pty Ltd (Bensons), a property developer experienced in large scale developments, became involved as a funding partner to acquire the land and associated business directly from the third-party owner.  KIA and Bensons entered into a Development Management Agreement (DMA).  KIA’s role was to obtain the required planning permit and the consent of Mirvac who had a covenant over the site, and in exchange would receive a $2 million management fee from Bensons, to be paid in instalments over the course of the development.

The management fee payable to KIA was conditional on KIA obtaining a planning permit by the sunset date of 31 December 2016.

The Council chose to not issue the planning permit due (mistakenly) to the Mirvac covenant over the site.  KIA appealed the Council’s failure to make a decision to the Victorian Civil and Administrative Tribunal (VCAT) but withdrew its application the next day after Bensons sent a letter to KIA on 18 May 2016 saying it would not agree to fund the litigation, and also threatening  that obtaining a planning permit from VCAT rather than the Council would be a breach of the DMA (18 May Letter).  Several weeks later, KIA resubmitted its application to VCAT.  The application was successful and on 22 December 2016, VCAT ordered the Council to grant the permit.

The planning permit was issued by the Council on 6 February 2017, approximately seven weeks after the sunset date.

As a result of the failure to obtain a planning permit by the sunset date, Bensons terminated the sale contract and DMA and left the project.  KIA continued with the development and eventually sold the land (including planning permit) to a third party for $11.2 million, of which KIA received $2.232 million.

In the original Supreme Court decision, Key Infrastructure Australia Pty Ltd v Bensons Property Group Pty Ltd [2019] VSC 522, Robson J held that, notwithstanding that VCAT’s order was granted before the sunset date, the planning permit was not issued by the Council before the sunset date and so KIA had not achieved the DMA condition by the required time.  However, Robson J also held that Bensons had breached an implied duty of cooperation in the DMA by claiming in the 18 May Letter that a planning permit issued by VCAT would not satisfy the DMA condition, as this constituted a positive step that would infringe upon or prevent KIA from performing its obligations under the DMA, and accordingly Bensons had prevented KIA from obtaining the planning permit in time.

Despite Bensons’ breach of the DMA, KIA was held not to be entitled to compensatory damages as it sold the land to a third party for a sum that exceeded the loss that it suffered by reason of Bensons’ breach.  The Court ordered that Bensons pay KIA $100 as nominal damages.  KIA was entitled to keep the portion of the management fee paid prior to termination of the DMA, being $400,000.

In the appeal, Bensons sought to overturn the findings that it prevented KIA from securing the issue of the permit by the sunset date and breached an implied term to cooperate in the DMA, and sought to recover the instalments of the management fee it had paid to KIA prior to termination of the DMA.

The Court reaffirmed that an implied duty to cooperate, which is comprised of:

will arise where the existence and operation of the term is required due to “necessity”.  Such necessity can be demonstrated where, “absent the implication, the enjoyment of the rights conferred by the contract would or could be rendered nugatory, worthless, or, perhaps, seriously undermined; or the contract would be deprived of its substance, seriously undermined or drastically devalued”.

The Court held that the prevention principle cannot be considered separately from the terms of the contract and more particularly, breach of a contractual term.  The correct approach is to first consider whether the alleged act of prevention constituted a breach of contract and then consider whether, as a matter of fact, the party was actually prevented, in that the alleged act of prevention was the operative reason for the party not being able to fulfil an express contractual obligation.

It was held that Bensons did not breach the implied duty to cooperate as its conduct (in asserting in the 18 May Letter that it was not required to pay for VCAT proceedings and that proceeding with the VCAT application would be a breach of the DMA as the permit would not be ‘issued by the Council’) fell short of impeding or preventing KIA from satisfying the DMA conditions.  Under the express terms of the DMA, KIA did not require Bensons’ consent or approval to go to VCAT, and the 18 May Letter did not make the VCAT proceeding any more difficult or render it less likely to succeed.  While Bensons advanced an incorrect interpretation in relation to whether the VCAT proceedings would constitute a breach of the DMA, the implied duty to cooperate did not extend to reaching agreement on the interpretation of contractual terms.  Accordingly, despite the prevention principle necessarily involving breach of an implied duty to cooperate or similar, the prevention principle would only apply where KIA had been prevented from obtaining the benefit of what they had expressly contracted for.

It was also held that Bensons did not prevent KIA from obtaining the planning permit by the sunset date, as KIA withdrew the first VCAT application for reasons other than the 18 May Letter (one example being KIA was going to have to pay the costs of the proceeding and it wanted to obtain independent legal advice on the likelihood of success of the VCAT application).  Further, KIA’s assertion that the planning permit would have been issued by the sunset date had the first VCAT application remained in place was entirely speculative and was not supported by evidence.

Bensons won the appeal and KIA was ordered to return the $400,000 development management fee it had obtained prior to termination of the DMA.

It goes without saying that a more precisely drafted DMA clearly stating who was to pay for any VCAT proceedings would have reduced the chances of the dispute between Bensons and KIA.

The outcome of this case has provided clarity on the test to establish an act of prevention (i.e. the preventative act must be a breach of the implied duty to cooperate or the like, and the operative reason for the party being hindered from fulfilling an express contractual obligation).

In the construction context, the prevention principle is generally applied such that time will be set at large and the principal's/owner’s right to liquidated damages will be lost if the contractor fails to complete the works the subject of the contract by the date for practical completion, due to the act or omission of the principal/owner.

In NSW, the position is that the prevention principle may be based on an implied duty of good faith (see Probuild Constructions (Aust) Pty Ltd v DDI Group Pty Ltd [2017] NSWCA 151, but note the recent decision in Growthbuilt Pty Ltd v Modern Touch Marble & Granite Pty Ltd [2021] NSWSC 290 confirming that the existence of such a duty is heavily dependent on the wording of the unilateral right to grant an extension of time).  It is well established that an implied duty of good faith can apply in some commercial contracts (see Renard Constructions (ME) Pty Ltd v Minister for Public Works (1992) 26 NSWLR 234, Burger King Corp v Hungry Jacks Pty Ltd [2001] NSWCA 187 for example).