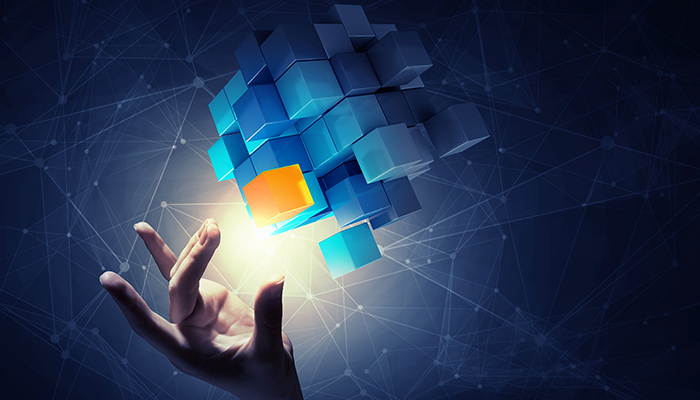 Over the last two years, as Australia has grappled with the national health crisis brought about the COVID-19 pandemic, all aspects of society have been impacted by the virus, not least of all the insurance industry.

For the last fifteen months, senior courts in Australia have looked at the application of business interruption policies in the context of economic losses said to flow from the COVID-19 outbreak and a series of government orders, severely curtailing the right of movement throughout the country and leading to the closure of places of business due to such government orders. Businesses across the country suffered significant financial loss due to such matters.

In facing a large number of claims for insureds for losses flowing from business interruption (BI) said to arise due to the emergence of COVID-19 in the community or the threat of COVID-19 being brought in to the country, insurers sought guidance from the courts on two threshold BI policy response issues.

In these matters, two questions essentially were addressed by the courts in a series of important test cases brought by selected insureds against certain insurers, with the actions funded by the Insurance Council of Australia. It was hoped that the answers provided by the Courts would shape insurers response to a huge number of BI claims lodged in the country due to the pandemic. These claims were put on hold pending the outcome and answers to the two threshold questions.

In the Supreme Court of New South Wales, insurers sought an answer from the court on whether exclusion clauses which referred to outdated or repealed legislation rendered the exclusion clause inoperative (the First Test Case).

Thereafter, insurers in a separate action (the Second Test Case) insurers sought guidance from the Federal Court on the application or otherwise of the insuring clause in the context of such BI claims.

In the First Test Case, heard on 2 October 2020 and with judgment given on 18 November 2020, five senior judges of the NSW Supreme Court found that any exclusion that referred to repealed legislation was inoperative. In a windfall for insureds, these exclusion clauses were essentially extirpated from the policy wordings.

This issue now appears to be irrevocably settled, as on 25 June 2021, the High Court refused an application for special leave brought by the insurers in the First Test Case.

The Second Test Case, heard at first instance in the Federal Court on 6 to 15 September 2021, looked at the application of BI insuring clauses in the context of government shut down orders and restrictions on travel. In a judgment handed down on 8 October 2022, her Honour Justice Jagot found essentially in favour of insurers, concluding that the insuring clauses did not apply in the context of all save one of the circumstances with which she was dealing.

Not surprisingly, and as anticipated, insureds appealed to the Full Court of the Federal Court on the issue at hand.

The Full Court handed down its judgment earlier this week. While technical in parts, overall, the Full Court substantially agreed with the conclusions reached by Justice Jagot finding that the clauses were not enlivened.

So, is this the end of the matter? Certainly, in relation to the question posed in the First Test Case, concerning certain exclusion clauses. In relation to the Second Test Case, hopefully; although news to hand indicates that insurers are currently considering lodging an application for special leave to the High Court in the case. It seems as though the country’s journey through the application of BI policies to COVID-19 might still have a way to run, even as we now start to emerge from the pandemic.

A decision of the NSW Court of Appeal - Bathurst CJ, Bell P, Meagher JA, Hammerschlag and Ball JJ handed down on 18 November 2020.

As stated above, the First test Case examined the operation of certain exclusion clauses in BI policies.

The insurers’ policies in the first test case:

The critical dilemma for insurers, however, was, the Quarantine Act no longer existed.  It was replaced on 16 June 2016 by the Biosecurity Act 2015, which did not even refer to a “quarantinable disease” – rather, it was based upon a “listed human disease”.

Insurers argued before the NSW Supreme Court that the policies should be read to mean or include a “listed human disease” for two reasons.

Secondly, insurers argued that references to the Quarantine Act were absurd or obvious mistakes and it was clear that insurers meant to refer to the Biosecurity Act.  Again, they were unsuccessful, although the Appeal Judges came to that view for different reasons:

Insurers sought special leave to appeal, which the High Court refused on 25 June 2021. The question is now well and truly resolved – in favour of insureds.

Therefore, insurers need to seek regular advice about legislative reforms that may impact on legislation referred to in their policies, but that otherwise rarely arises in the insurance context.  The Insurance Council of Australia estimated that up to $10M in claims might be payable despite insurers’ intentions as a consequence of the first test case.

The Second Test Case looked at the application or otherwise of BI insuring clauses in the context of the COVID-19 pandemic and relevant government orders. It was heard over 6 to 15 September 2021 before Justice Jagot, with judgment given on 8 October 2021

The second test case involved nine different policies and four different bases for BI cover as well as a reconsideration of the first test case issue for Victorian risks only.

The different insuring clauses were:

The main issues were as follows:

Therefore, in Australia, each and every known case in a State could not be characterised as an effective cause of the State government’s actions.

While the first instance judgment clearly settled the question asked on the application of the BI insuring clause, the parties agreed that the case would be appealed, irrespective of its outcome.

An appeal to the Full Court of the Federal Court was held over 8 to 12 November 2021. While judgment was anticipated before the end of 2021, the Full Court only this week gave judgment – substantially agreeing with the first instance decision.

The appeals for the second test case were brought by five insureds – LCA Marrickville, Meridian Travel, the Taphouse Townsville, Market Foods, and the liquidator of Educational World Travel.

For all five proceedings, the Full Court substantially agreed with the conclusions of Justice Jagot in the first instance. That is, that in all cases other than Meridian Travel, the insuring clauses did not apply.

The Full Court differed from Justice Jagot’s decision in the following ways:

Be that as it may, the Full Court, substantially agreed with the first instance decision of the Second Test Case – finding in favour of insurers.

The two test cases have been on foot for some not insignificant period of time. While rightly categorised as “test cases” and essentially brought by the Insurance Council of Australia, a large number of actual insureds have sat behind the issue and their long outstanding claims have been on hold while the questions progressed through the courts. Is this now the end of the matter? Can the industry now do what is its core business – paying legitimate claims, especially to those who have been waiting a not inconsiderable period of time.

It would seem beyond doubt that the first issue is now answered in favour of insureds – any exclusion that refers to repealed legislation will be inoperative. The High Court has refused special leave on this, leaving the decision of the NSW Supreme Court as good law.

Is this the case with the Second Test Case? Is the question now answered in a definitive way? Perhaps not.

While the Full Court of the Federal Court substantially agreed with the findings at first instance, it appears as though insureds are currently considering an application to seek special leave to appeal on the case to the High Court.

Whether any such application will be made and whether leave is granted, and the appeal heard, cannot currently be answered. It seems as though the BI test case journey is not quite at an end – even at a time as the country begins to emerge in to what is, hopefully, a post COVID world.

Watch this space – and hopefully not for long.