Probuild and ConDev: What principals should do now 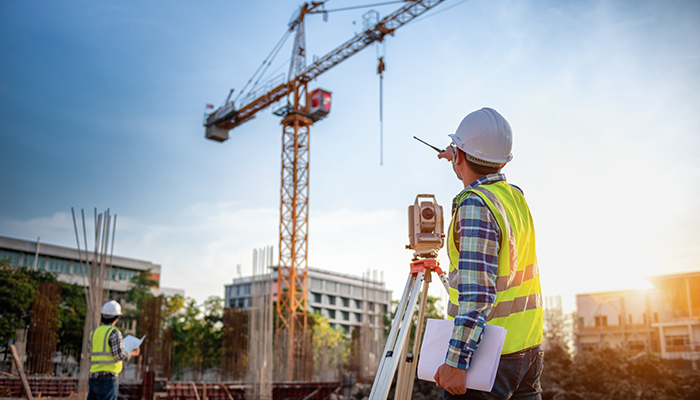 The big news in construction this week is that Gold Coast building contractor ConDev has just gone into liquidation.  This news follows Probuild going into administration last month. Whether this is the start of the long-feared “construction insolvency tsunami”, these collapses will have implications for the entire construction industry.

In the first in a series of articles, we look at some things that principals and developers who could be affected by the insolvency of a head contractor might consider doing now.  Further articles in the series will consider the implications for subcontractors and other industry players.

Last month, Probuild collapsed after its South African parent company pulled its financial support from the Australian arm of the business.  Probuild took a total of 18 building businesses in Australia down with it. Around 750 employees and thousands of contractors are also impacted, with many locked out of sites across the country.

Now comes the news that ConDev has called in the liquidators, based on financial forecasts that showed its financial position was not tenable going forward.  According to media reports, ConDev’s owners seem to be trying to do the responsible thing by facing their difficulties head on, rather than letting things worsen over time.  That action, and pleas to its clients to help, was still not enough to save the business.

ConDev’s financial forecasts have had to consider the fact that steel prices have risen as much as 80% in the last 18 months.  Where most of ConDev’s contracts are fixed price, this issue alone leaves ConDev with a serious problem.  Add to that the fact that South East Queensland (SEQ) has had around 60 weekdays of rain in the last year, slowing progress on sites for around three months of that year, plus COVID-19 and the floods, and maybe it is not hard to see how Condev hit the skids.

Like most insolvencies, Probuild’s collapse is also due to multiple factors.  As if tiny margins, COVID shortages and skyrocketing materials prices were not enough, Probuild’s parent company also cited the contractual environment in Australia and the increased difficulty in raising guarantee facilities necessary to secure new work.

Some commentators are saying Australia’s construction sector has become increasingly high risk amid a “hard-line” approach to tackling COVID-19, and that the potential risk on mega-building projects outweighs the current margins available.  In what has become a race to the bottom, over the past decade the Australian construction industry has moved to a high revenue low margin model, leading to a culture of under-pricing already low margin work to keep revenues up.  Coupled with widespread under-capitalisation the industry is facing a structural failure, which has many players on the edge of insolvency.  Winning a project based on the lowest price is not the same as giving the client value for money.  If that’s what overseas infrastructure companies see, who is going to invest in Australian infrastructure?

It could be argued that ConDev and Probuild are victims of Australia’s extremely adversarial contracting culture, and to some extent that it is probably true. Probuild and ConDev might even bear some of the responsibility themselves.  However, other issues like labour shortages, the global supply chain crisis, insurance premium rises and the SEQ floods have all had an impact.

So, what can developers and principals do now to address potential contractor insolvencies?

Many contracts, including the ubiquitous Standards Australia templates, allow a principal to terminate a contract or exercise other rights if the contractor becomes insolvent. These are often referred to as “ipso facto” provisions.  However, due to changes in the Corporations Act 2000 (Cth) (Corporations Act) in 2018 and again in 2021, there is a stay (or hold) put on the enforcement of certain ipso facto contractual rights against companies who are subject to any of the following:

The stay only applies in the limited circumstances set out in ss 415D, 434J, 451E, and 454N of the Corporations Act, and generally lasts for three months (although it can be longer).  If you think you might be affected, you should seek legal advice.

Importantly, the stay does not apply to most liquidations or deeds of company arrangement.

Probuild is in administration (Deloitte was appointed) so the stay on exercise of ipso facto rights applies. In other words, if you have a contract with an affected Probuild company, you probably cannot validly terminate that contract just now on the basis of Probuild’s voluntary administration.

ConDev on the other hand, is in liquidation so the stay on exercise of ipso facto rights will not apply and affected counterparties (developers and principals) can terminate their respective contracts on the basis of insolvency.

The relevant question then is, should they?  That will probably need to be decided on a case by case basis, but you should consider the steps below before any termination is made.

Next Steps for developers and principals

Prevention of insolvency on a construction or infrastructure project is almost always better than trying to find a cure.  Picking up the pieces on a project after the insolvency of a head contractor (or even a key subcontractor) almost always costs more and takes more time.  We will discuss some prevention strategies in a future article.

For now, affected (or potentially affected) principals might consider some or all of the following to keep affected or “at risk” projects going:

Much of the above is simply good contract management, but it can also be important preparation just in case your head contractor becomes insolvent while building your project.

Any company collapsing is a tragedy for those involved.  Where that company is a construction or infrastructure company many people will be impacted by the collapse, which can cause ripples throughout the industry.  Prevention of companies collapsing is almost always better than the cure, so if your counterparty is in financial trouble, it might be more cost-effective for a principal to explore the option of trying to address that financial problem than to let the contractor go under.  Where that is not possible however, knowing your project, your project team, your contract and your contractors can help to reduce the risks for a principal.