Kristina is the National Service Line Leader for the Commonwealth Statutory Classes team. She is one of the most experienced lawyers in this jurisdiction and is a member of the Law Council of Australia’s Commonwealth Compensation and Employment Law Committee.

Anella is a senior lawyer who advises clients on Commonwealth statutory classes of insurance claims. The clients that she works with are covered under various Commonwealth schemes. 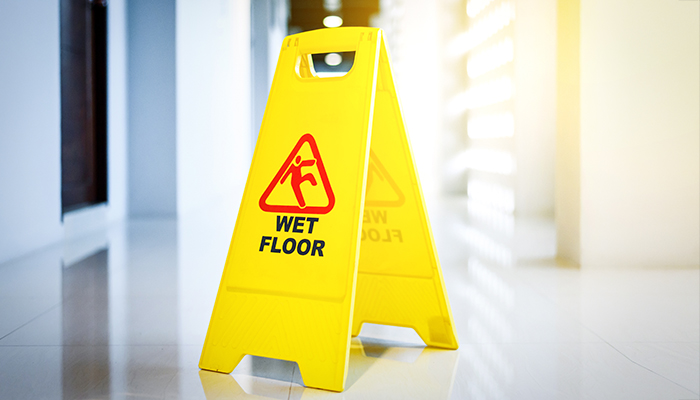 On 26 May 2020, Snaden J of the Federal Court of Australia handed down a judgment in Dring v Telstra Corporation Limited [2020] FCA 699 in which he confirmed that a slip and fall at 2:30 am in a hotel foyer bathroom on an overnight work trip did not occur “in the course of employment”. Sparke Helmore acted for Telstra in this matter.

Ms Dring sought compensation under the Safety, Rehabilitation and Compensation Act 1988 (SRC Act) for a left hip injury sustained when she slipped in a bathroom located on the sixth floor foyer of a hotel at which she was staying for an overnight work trip. The incident occurred at 2:30 am on 14 April 2016.  On the evening of 13 April 2016, Ms Dring had met with a former colleague at her hotel, shared a bottle of wine, and left the hotel for dinner where a further bottle of wine was shared.  After dinner, they attended a cocktail bar and returned to Ms Dring’s hotel shortly before 2:30 am.  When Ms Dring and her friend arrived at the Level 6 foyer (to which Ms Dring was required to go in order to catch a lift to her hotel room), Ms Dring found herself in need of a bathroom and used the amenities on that floor.  She entered the amenities and slipped on a wet floor.

The Court considered the definition of what can be said to be “in the course of employment” and cited the decisions in Henderson v Commissioner of Railways and Humphrey Earl Limited v Speechley which confirm that something “in the course of employment” is something that is reasonably connected with the particular situation which the performance of [one’s] duty to [one’s] employer had created.

In considering intervals and interludes in overall periods of work, his Honour confirmed that if the test in Hatzimanolis was applied simply, it would appear, on its face that liability for Ms Dring’s injury should be accepted because she was in an interval between two periods of work and was at a place her employer had encouraged her to be at the time of the injury.  However, the Court stated this was not the end of the matter in the light of the High Court authority in Comcare v PVYW [2013] HCA 41 (PVYW), which confirmed that in deciding these matters the question of whether an injury occurred by virtue of the place or the activity, or both needed to be considered.  The Court specifically noted that in PVYW, the High Court considered a “place case” to be one that involved an injury sustained by virtue of a defect of the premises but specifically noted in relation to that part of the judgment in PVYW that the defect of the place would require a finding that the employer had put the [Applicant] in a position where the injury occurred because of something to do with the place.

In considering what events may sever what would otherwise be an employment connection, Snaden J found that it could not ignore the fact that Ms Dring sustained the injury after 8.5 hours of socialising and concluded “by reason of the fact her injury occurred at the time that it did, after the extensive socialising that preceded it and in the context of the work to which she was to attend later that morning, the circumstances that gave rise to Ms Dring’s injury lacked a connection with her employment sufficient to constitute it as one that arose out of, or in the course of, her employment” [59].  In so doing, his Honour agreed with the Tribunal’s conclusion that the extent and duration of Ms Dring’s personal activity resulted in a broken nexus with her employment and noted that if Ms Dring had been injured in the same way at 7:30 pm or even 10:30 pm, the nexus to employment may have been maintained.

This judgment provides clear direction on what is typically connected with employment on overnight work trips and what constitutes the severing of that employment nexus.