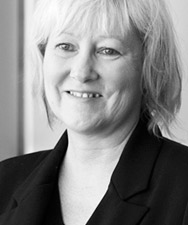 Sue holds a Bachelor of Laws (Honours) from the University of Lancashire in England.

Sue was a partner at law firm, Gamlins, in North Wales and was responsible for running the Personal Injury department. She joined Jarman McKenna as an associate in 2011 before the firm merged with Sparke Helmore in March 2017.

On the weekends, Sue can often be found catching up with friends or spending time with her family. She also enjoys going to the gym and sweating it out during yoga sessions, before relaxing on the couch with a good book and glass of wine.

The importance of thorough forensic investigation into causation

Can a worker retain the right to elect for damages if the degree of impairment is not properly assessed?