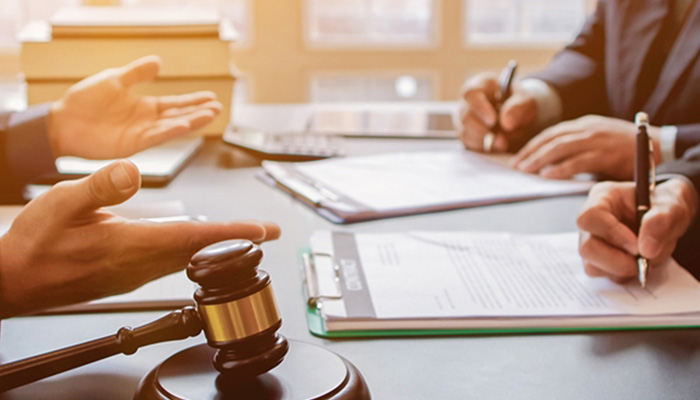 As you may be aware, the Personal Injury Commission (the Commission) commenced on 1 March 2021, an independent statutory tribunal formed in NSW to resolve disputes between people injured in motor accidents and workplaces, employers and insurers.

To help you navigate the myriad of recent decisions of the Commission, and easily locate those specific to the Motor Accident Division, each week we will actively review, source from, and provide links to, the case notes on the Australasian Legal Information Institute (AustLII) website.

The Commission was required to determine the claimant’s common law damages for economic losses, in circumstances where there was evidence of the claimant having sustained modest injuries, but relatively minimal evidence showing past and future loss of earnings. In view of the general lack of evidence, the Commission awarded damages by way of a buffer. MOTOR ACCIDENTS—assessment of damages only—whether evidence showed modest injuries but relatively minimal losses since accident—whether claimant suffered past and future loss of earnings; Held: claimant at a disadvantage on the open labour market.

This dispute concerned causation of injuries. The claimant alleged that the accident caused a cardiac episode, sternal haematoma and rib fractures, whilst the insurer led evidence to show that the cardiac episode led to the accident occurring, and the haematoma and fractures were caused by CPR. The insurer succeeded in its argument and the Commission found that the injuries were not caused by the accident, and that the claimant was therefore not entitled to statutory benefits.

MOTOR ACCIDENTS—dispute as to whether claimant’s injuries were caused by a motor accident pursuant to s 3.1 of the Motor Accident Injuries Act 2017—claimant alleged accident caused cardiac episode, sternal haematoma and rib fractures—contrary evidence suggesting cardiac episode caused the accident, and sternal and rib injuries caused by CPR. Held: claimant did not discharge burden of proof—injuries alleged were not caused by the accident—claimant not entitled to statutory benefits.

The claimant suffered injuries when an unregistered golf buggy collided into him. The insurer conceded that the incident was a motor accident, but the Commission was required to determine whether the Nominal Defendant was liable to pay statutory benefits as the relevant insurer. The Commission found the claimant was entitled to benefits because the buggy was unregistered and s 3.2 deemed the Nominal Defendant to be the relevant insurer—thus liable to pay benefits.

This dispute concerned whether the claimant, who resided outside of Australia, was entitled to weekly statutory benefits. To establish that entitlement, the claimant had to demonstrate that they suffered a loss of earnings, and that loss of earnings was likely to be of a permanent nature.

The insurer submitted that there was insufficient and up to date evidence to establish a permanent loss of earnings. However, the Commission determined otherwise, considering that there was sufficient material to make that finding. The Commission held that the claimant was entitled to statutory benefits on that basis.

MOTOR ACCIDENTS—claimant resided outside of Australia—whether claimant entitled to weekly benefits—claimant required to establish under s 3.21 of the Motor Accident Injuries Act that they had suffered a loss of earning capacity and that loss of capacity like to be permanent—whether evidence which was not current was sufficient to make that find; Held: sufficient evidence to find that claimant had incurred loss of earning capacity—loss of capacity likely to be permanent—claimant entitled to statutory benefits.

The claimant asserted the insurer had incorrectly calculated his Pre-Accident Weekly Earnings (PAWE) rate, which affects the amount of weekly statutory benefits payable. Whilst the Commission agreed that termination payments and JobSeeker payments are not to be included in a PAWE calculation they did find that the PAWE rate had been incorrectly calculated. In calculating PAWE, the insurer had calculated the average of the claimant’s earnings, in the relevant period in which the claimant was employed but did take into account the periods in which the claimant was employed, but not earning income. The Commission considered that the correct approach was to only calculate the average of the claimant’s earnings, over the period in which they did work.

MOTOR ACCIDENTS—dispute concerning calculation of Pre-Accident Weekly Earnings (PAWE) rate—whether PAWE incorporates termination payments and JobSeeker payments—insurer calculated PAWE by reference to period of employment in relevant period, not taking into account periods in which claimant not earning income—whether insurer correctly calculated PAWE rate; Held: termination and JobSeeker payments not to be included in PAWE rate calculations—PAWE rate only to take into account periods in which claimant earned income.

The claimant earned income prior to the accident by completing online market surveys and research. His earnings came in the way of both cash and non-cash payments.