APT Technology is a national mechanical engineering consultant who provides machine conditioning and engineering improvement. Matthew Aladesaye was APT's main engineer and the key salesperson for the Adelaide business.

From January 2013 or earlier, in breach of his employment contract and in breach of duties owed by him to APT, Mr Aladesaye set up his own business in direct competition with APT until his employment was terminated on 16 June 2014. For the purpose of establishing and developing his own business, Mr Aladesaye used and disclosed APT's confidential information, which included the contents of APT's client databases, reports prepared by APT and other business documentation used by APT.

APT wanted to obtain an urgent injunction, restraining Mr Aladesaye from dealing with APT clients, and to prevent him from using or disclosing confidential information. An award of damages was also sought for loss suffered as a result of Mr Aladesaye's breach of his employment contract.

In the absence of any express restraint of trade clause in the employment contract we relied on the springboard principle to support APT's claim for a restraint of trade. The springboard principle prevents a person from using confidential information as a springboard for activities detrimental to the person who owned or made the confidential communication. In certain cases, the court will order a "special disability" in the field of competition to ensure there is no head start.

In the circumstances of this matter, we argued that a non-solicitation restraint was necessary because a restraint on the use of confidential information would not go far enough to protect APT's interests.

Although Mr Aladesaye accepted that he had started his own business in breach of his employment contract, he claimed that he had ceased to rely on APT's confidential information and so any order restraining him from using or disclosing APT's confidential information should be limited. He also argued that in the absence of any restrictive covenant, there was no basis whatsoever on which the court could restrain him from approaching existing clients of APT.

We were successful in obtaining an injunction against Mr Aladesaye, restraining him from directly or indirectly dealing with any client of APT's until 5 February 2015, or until earlier further order, and restraining him from disclosing any confidential information or intellectual property belonging to APT up to the final hearing of the proceedings, or until further order. 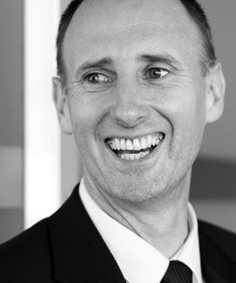 16-06-22 | Sparkes shine with excellence in leadership