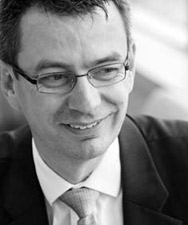 Malcolm has particular experience in class actions, supplemented by specialist expertise in insurance, including providing coverage advice to insurers as well as acting to defend their insureds. He has an outstanding track record of achieving positive outcomes for clients by resolving their disputes in a timely and cost-effective fashion without litigation where possible, and by litigating to successful conclusions where necessary. His clients expect and receive proactive and early advice which focuses on setting a clear resolution strategy. His ability to get to the heart of a matter—regardless of complexity—quickly and efficiently, is one of his key strengths.
Expertise
Directors and Officers
Professional Indemnity
Royal Commissions

What he does
Malcolm advises company directors and other professional people on professional indemnity and directors' and officers' (D&O) insurance issues, and represents them when they are being investigated by a regulator and when they are being sued. He also helps them deal with disputes, which are less formal, such as unlitigated claims and disputes before the Financial Ombudsman Service.

Malcolm is also an experienced insurance lawyer. He advises insurers about what their policies do and don't cover, and he helps government and corporate clients understand how their insurance arrangements allocate risk.
Who he works with
Malcolm mainly works with commercial and specialist insurers and their customers (mostly company directors and other professionals), as well as companies in the financial services sector.

His front-end insurance advisory work is often for government and corporate clients. Malcolm collaborates closely with Corporate, Commercial & Projects and Government colleagues on those transactions.
Work done recently
What his clients say

Malcolm has been acknowledged as a leading Insurance and Professional Malpractice Litigation lawyer in AFR's Best Lawyers 2019 and 2018. He was also listed in Chambers Asia-Pacific 2020 for Insurance.

Qualifications
Malcolm has a Bachelor of Arts and Bachelor of Laws degree from the University of Sydney.
Life before Sparkes
Malcolm started his career at Corrs in Sydney where he spent nearly 10 years, broken only by a 12 month stint at Nash O'Neill Tomko Lawyers. A shareholder class action tempted him back to Corrs.
Life outside of Sparkes
Malcolm spends too much time indulging his hobbies: military history and complex, fiddly, detailed wargames. Fortunately, having a young family ensures that he engages in real world activities too, including things in which his enthusiasm far outstrips his expertise, such as netball coaching.
People search
Contact
Malcolm Cameron
t: +61 2 9373 1485
m: +61 417 240 076
o: Sydney

The happy coincidence: why your lawyer is (sometimes) immune from suit