The wait is over: a glance at Western Australia's WHS Act

Aimee is an experienced litigator who is dedicated to achieving exceptional results for her clients and their insureds. 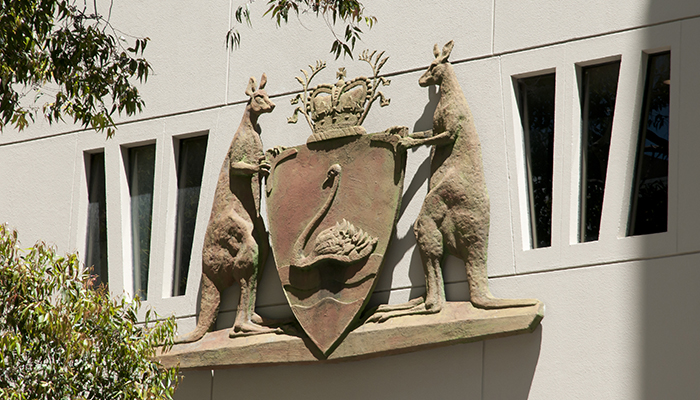 Western Australia’s Work Health and Safety Act 2020 (WA) (WHS Act) is now in operation. After much anticipation and a delay in commencement (while awaiting finalisation of the Regulations), Western Australia has now joined all other Australian jurisdictions (except Victoria) in the adoption of harmonised work health and safety (WHS) laws with effect from 31 March 2022.

The new WHS Act repeals Western Australia’s previously enforced Occupational Safety and Health Act 1984 (WA) (OSH Act) applying to most workplaces and associated safety provisions for other specific work environments contained in other instruments such as the Mines Safety and Inspection Act 1994 (WA) and the Petroleum and Geothermal Energy Resources Act 1967 (WA). In effect, the new WHS framework in Western Australia is intended to consolidate all workplace safety related law.

Underpinning the new legislation is the principal WHS Act and the following sets of Regulations:

The WHS framework adopted in WA is largely aligned with the national model WHS laws that have been in operation and progressively implemented in other jurisdictions since 2012. The primary aims of the model scheme include greater consistency and consolidation of obligations in ensuring workplace safety, reducing regulatory burdens and offering stronger protection to workers. The changes reflect perhaps the largest transformation of WHS laws in the state to date.

Overview of the framework

The WHS Act is directed to requiring all persons (corporate or otherwise) involved in a work arrangement to do what is reasonably practicable to address potential risks to health, safety and wellbeing. In this regard, the framework adopts broader notions of a ‘person conducting a business or undertaking’ (PCBU), ‘officers’ and ‘workers’, as attracting duties, which is a move away from traditional concepts of employment as being the genesis for obligations given that work relationships can now take a myriad of forms. There are also ‘up’ and ‘down’ stream obligations on persons:

In effect, the WHS Act outlines the core duties applicable to the full range of work relationships. It also prescribes relevant enforcement mechanisms that may be exercisable by health and safety representatives and the regulator, WorkSafe WA (WorkSafe).

The Regulations complement and add to the provisions of the WHS Act, covering more specific requirements as well as industry specific expectations, such as particular risk management considerations and high risk work like construction and electrical work.

Similar to the position under the OSH Act, the WHS Act enables the approval of Codes of Practice that provide practical guidance on achieving the standards of health and safety required under the model WHS Act and Regulations. These approved codes are admissible as evidence of what was known of a potential risk and the methods available for controlling these circumstances.

The persons that hold duties are slightly different by virtue of the utilisation of broader concepts and notions under the WHS Act that include:

Many of the duties under the WHS Act are based around the concept of doing what is ‘reasonably practicable’. This necessitates looking at the particular circumstances and assessing what could be reasonably done taking into account:

The obligations essentially require PCBUs to adopt a dynamic approach to continually re-evaluating their particular risk profile and control mechanisms to ensure they remain appropriate in the circumstances.

Under the former OSH Act, a director, manager, secretary or ‘other officer’ would be guilty of an offence if their body corporate was found to have committed an offence and it was also established that this was due to the ‘neglect’ of this individual. In other words, there needed to be a connection between the breach and the conduct of the officer.

The WHS Act imposes a more expansive obligation on ‘officers’ (which, as noted above, is not limited to individuals holding particular formal titles) and requires the exercise of due diligence to ensure the PCBU discharges its applicable WHS obligations.

Ultimately, an officer’s potential liability is not contingent upon that of the PCBU. An officer is expected to demonstrate ongoing ‘due diligence’ by virtue of six specified components:

The WHS Act includes express obligations for consultation to occur, so far as is reasonably practicable, between:

In this regard, there is a general expectation of sharing of relevant information, the affording of an opportunity to express views on WHS matters and contribute to associated decision-making processes, with expressed views being considered and relevant persons also advised of any associated outcome. It is also highlighted that if there have been agreed arrangements implemented with respect to consultation in a workplace, these are expected to be adhered to and will generally be indicative of that which is ‘reasonably practicable’.

Introduction of offence of industrial manslaughter

Although not a ‘default’ feature of the model WHS laws, the WHS Act has introduced the offence of ‘industrial manslaughter’ in Western Australia (joining other model jurisdictions including Queensland, the Australian Capital Territory and the Northern Territory). In effect, this creates a distinct and significant offence for egregious examples of a failure to comply with a WHS obligation that results in the death of an individual as a result of conduct where there has been knowledge, or a disregard of the likelihood, of such an outcome.

The most serious potential penalties under the WHS Act apply with respect to the offence of industrial manslaughter, which may be up to a maximum of:

Under the former OSH Act, the offences were based on four specified ‘levels’ of penalty (with level 1 being the least severe and Level 4 being the most serious) and also determined by whether this was a first or subsequent offence.

The WHS Act has adopted a ‘categories’ system to penalties for most offences which is as follows:

Although these categories do not have separate and distinct prescribed maximum penalties for subsequent offences (as was the case under the form OSH Act), this will still be a relevant factor for any court in determining any appropriate penalty with the expectation that this will justify the imposition of a higher penalty.

Preclusion on insurance for penalties

Although often considered impermissible for public policy reasons, the WHS Act expressly precludes and prohibits insuring against WHS penalties that may flow from offences. In this regard, it is an offence to purchase insurance or indemnify another for WHS fines.

However, this does not preclude insurance products that may support and assist with associated costs (such as legal expenses) in managing and responding to enforcement action (which is an important distinction).

WorkSafe remains the relevant regulator under the WHS Act and has many of the same powers to monitor, investigate and enforce compliance with respect to workplace health and safety.

Relevantly, WorkSafe retains the ability to:

While these remain relatively similar in terms of availability as mechanisms at the disposal of the regulator, there are some procedural nuances and the source of these powers have changed under the WHS Act.

In addition, a relevant change is that the limitation period for the commencement of prosecutions under the WHS Act is two years from the date of the offence (one year less from that which existed under the OSH Act). However, this limitation period may be increased in the event of an ongoing related coronial inquest process (in which case the time for any prosecution to be commenced is one year after any coronial inquiry or inquest has ended).

The WHS Act also permits WorkSafe to entertain and accept an enforceable undertaking as an alternative to prosecution; in which an alleged offender may propose and agree to implement a range of safety initiatives in lieu of proceeding to any determination on the relevant offence. Under the OSH Act, there was the ability to seek to enter into a similar form of undertaking with the court after a conviction for an offence but it was not necessarily able to be entertained as an alternative to prosecution under the former legal framework nor with such power being exercisable by the regulator.

It is recognised that the new WHS framework in Western Australia represents a significant change to the existing arrangements and that it may take some time for adjustment and associated compliance.

While there are a range of transitional provisions included within the legislation and supporting Regulations (for example, to recognise that certain similar roles or arrangements implemented under the former OSH Act will continue to be acceptable for a period of time under the WHS provisions), there is evidently a need to familiarise with the new requirements for ongoing and future arrangements.

In keeping with this, WorkSafe has also issued a Statement of Regulatory Intent emphasising that it will be adopting a predominantly ‘supportive and educative approach’ to potential compliance issues over the next year. Relevantly, it is anticipated that minor and potential technical contraventions may not result in formal enforcement action. However, it is reiterated that this should not be perceived as an expectation that there may not be serious consequences for non-compliance with existing obligations (noting many of the fundamental and core duties are relatively similar to those under the OSH Act) and may not warrant leniency.

In the circumstances, it may be anticipated that there may be a significant focus on proactive advice as well as potential improvement notices as the primary approach in seeking to facilitate a deep understanding of WHS obligations and facilitate long-term compliance by workplaces.

The key point from the WHS scheme is that workplace health, safety and wellbeing is everyone’s responsibility. The commencement of this new framework provides a timely reminder of the importance for workplaces to continually adopt a dynamic approach to identifying, assessing and responding to risks that may arise in their particular circumstances and the impact this may have on its people as well as others.

Now is an opportune moment for workplaces to reflect on existing governance systems and consider any potential enhancements. In this regard, there may be a need to update current policies and procedures to reflect the new WHS laws in place in Western Australia.

If your workplace requires any assistance or would like to discuss these changes further, please feel free to contact us.

We would like to acknowledge the contribution of Laura Slocombe.