Storms, floods and exclusions: a refresher of the application of Wayne Tank principles 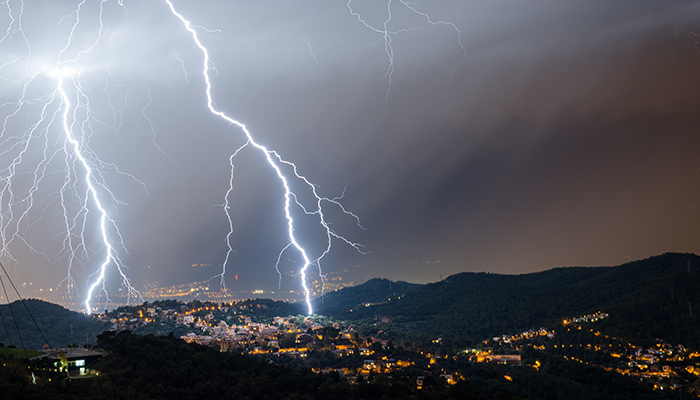 With widespread flooding taking place in many Australian states, it is timely to review the principles applying to policy cover available for damage caused by both storm and flood where a policy contains a flood exclusion.

The so-called “Wayne Tank principle” is that, where there are two or more proximate causes of damage, one which is covered by the policy and one which is excluded, the exclusion applies to the whole of the claim.[1] However, the way it is applied can often be contentious. We provide below some examples of how the principle has been applied in claims for damage caused by flood and storm.

The Queensland Supreme Court decision in Wiesac Pty Ltd & Anor v Insurance Australia Limited [2018] QSC 123 related to damage caused to a Brisbane property during the 2011 Queensland floods. The industrial special risks (ISR) Policy contained an exclusion for property damage caused by flood, using the standard definition[2], which is as follows:

“the inundation of normally dry land by water escaping or released from the normal confines of any natural water course or lake whether or not altered or modified or of any reservoir, canal or dam”

The Court held that the damage to the basement was caused by water from a combination of sources: river water in pipes, local runoff in pipes and groundwater in the subterranean soils between the pipes and the basement.  While the local runoff did not fall within the definition of flood, the river water and groundwater did, and therefore the exclusion applied to the entire claim.

“the inundation of normally dry land by water overflowing from the normal confines of any natural watercourse or lake (whether or not altered or modified), reservoir, canal or dam”

The property sustained damage due to the inundation of water from nearby pipes. The water in those pipes was found to be comprised of river water (backed up through pipes), stormwater and local runoff. The Court held that the water did not overflow from any source and therefore the exclusion did not apply. The entire claim was covered.

The insured’s stock and plant were damaged during two separate events. The Court found that the initial inundation occurred as a result of storms, and the second inundation was flooding which occurred after the river broke its banks.

The Court held that the exclusion clause captured damage caused by the second inundation, but not the first. As the damage caused by each event could be separated, the insured recovered the value of items damaged during the initial inundation.

The Court accepted that the proximate cause of the damage was inundation of the premises by water overflowing from the natural confines of a drain and creek, and therefore the sublimit applied. The Court accepted that other sources of water, including local rainfall, had contributed in a small way to the inundation, but this was not a proximate cause and therefore did not preclude the sublimit from applying.

An important distinction is drawn with policies that simply do not cover flood damage, rather than those containing a specific exclusion. In the absence of an express exclusion, it is likely that damage caused by storm (as well as flood) will be covered, and not excluded.

The above cases illustrate the different findings that can be made in varying circumstances, based on analysis of the facts and policy wordings. The cases are generally a battle of the expert hydraulic engineers and hydrologists, with detailed evidence required to determine the source of water which has inundated premises, the times that water entered and the extent of damage caused on each occasion. Quantum experts are also often required to assess the extent of damage caused by separate events.

Kiley Hodges has extensive experience in flood claims, including over a decade of involvement in claims arising out of the 2011 Queensland floods, culminating in the Floods Class Action. Kiley is happy to answer any questions on the issues in this article, or any other queries regarding flood and storm claims, by phone on (07) 3016 5007 or by email here.

[1]     Wayne Tank and Pump Co Ltd v Employers Liability Corp Ltd [1973] All ER 825: “Where there are two causes of the damage, one within the general words of the policy and one within an exception to it, the insurers can rely upon the exception”

[[4]     The claim was made by the insured, Elilade Pty Ltd t/as Terrace Tapes Music World and Terrace Tapes Video World, against its broker, Nonpareil Pty Ltd and its insurer, CIC insurance Ltd

[[5]     Although the relevant clause was worded as an exclusion, it was accepted that the policy operated to limit the insurer’s liability for flood to $250,000, rather than exclude it altogether.