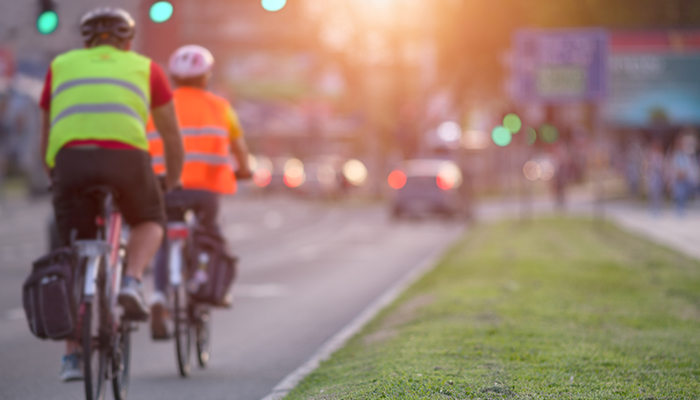 Welcome to the 60th edition of Sparke Helmore’s MAD Weekly.

The claimant, a 69-year-old female, was injured when the insured vehicle suddenly reversed from a stationary position at a railway crossing and collided with the claimant who was riding a bicycle. Police and ambulance attended the scene and the claimant was taken to hospital. As a result of the accident, the claimant suffered injuries to her left hip (fracture of the left subcapital neck of the femur) and left elbow (open olecranon fracture), the latter requiring immediate surgery.

Liability was admitted, with no allegation of contributory negligence.

At the time of the accident, the claimant was retired and therefore there was no claim for economic loss.

The claimant could not completely straighten her left arm and one of her legs was now shorter than the other, however she indicated to the Member that her recovery was “near perfect” and she did not anticipate further need for treatment. The claimant was fit and healthy prior to the accident and participated in walking, cycling and kayaking. She returned to these activities after her surgery.

The parties agreed to resolve the claim for the sum of $200,000 for non-economic loss. As the claimant was not represented by a solicitor, the proposed settlement required approval by the Commission pursuant to s 6.23 of the Act.

Findings: The Member accepted the proposed sum of $200,000 was just, fair and reasonable and within the range of damages likely to be awarded if this matter had progressed to hearing. The Member approved the settlement and the credit for the overpayment of statutory weekly benefits.

MOTOR ACCIDENTS—claim for statutory weekly benefits—whether claimant was an earner—claimant worked in restaurant and was paid by combination of cash and by electronic funds transfer (EFT)—acceptance of messages between former employer and claimant as evidence of employment.

The claimant made a claim for statutory benefits in relation to an accident on 30 September 2021. The insurer determined that the claimant was not entitled to statutory weekly benefits post-26 weeks as he did not satisfy the definition of an “earner” within the meaning of Schedule 1, Clause 2 of the Act, which is as follows:

(a) was employed or self-employed (whether or not full-time)—

(i) at any time during the 8 weeks immediately preceding the motor accident, or

(ii) during a period or periods equal to at least 13 weeks during the year immediately preceding the motor accident, or

(iii) during a period or periods equal to at least 26 weeks during the 2 years immediately preceding the motor accident,

The claimant referred the dispute to the Commission for merit review.

In the claim form, the claimant indicated he was unemployed and there were no details of his usual occupation. The claimant alleged in a statutory declaration that he was employed to work at a restaurant from 2017 up until March 2021. The restaurant had changed its name during that time and opened a number of sites. He worked at one site from January 2020 for six months and then another from mid-2020 until March 2021, when the relationship with his employer broke down.

The claimant relied on some bank statements to demonstrate some deposits in the first half of 2019 and a statement from a former co-worker, which confirmed they worked together and that they were paid cash.

He also relied on a number of WeChat messages purported to have been between him and his employer, which refer to hours per week and start times.

The insurer submitted that the evidence relied upon did not satisfy the claimant’s burden of proof to demonstrate that he was an “earner” during any of the periods set out in Schedule 1, Clause 2(a). In the insurer’s calculation, the messages could arguably only support a period of 11 weeks of employment with one of the sites and it was noted that the claimant had failed to produce messages for the period prior to November 2020.

The Merit Reviewer rejected the insurer’s submission there was not sufficient documentary evidence to demonstrate the claimant was employed and noted that the expectation on the claimant produce such evidence did not necessarily reflect the realities of the employment in which the claimant was engaged.

The Merit Reviewer noted the claimant was not employed in the eight weeks immediately prior to the accident and accordingly Clause 2(a)(i) was not satisfied. There was also insufficient evidence to satisfy Clause 2(a)(iii).

However, the Merit Reviewer was of the view that the messages supported a finding that it was more probable than not that the claimant was employed at least for the period of 29 November 2020 to 22 March 2021. This notably equated to 16 weeks. This satisfied Clause 2(a)(ii).

Findings:  The Merit Reviewer determined that the claimant was an “earner” for the purposes of the Act and remitted the matter back to the Insurer to determine the claimant’s pre-accident weekly earnings (PAWE).

The claimant sought an order for costs pursuant to s 8.10(4) of the Act on the basis that exceptional circumstances exist as there was a substantial evidentiary difficulty faced by the claimant that was complicated by the claimant being from a non-English speaking background, and the employer being uncooperative in providing evidence.

The insurer submitted that under the Regulations, no costs should be awarded and that in any event there was no factual or legal complexity and the matter was dealt with on the papers without the involvement of counsel or expert evidence. The Merit Reviewer confirmed that the dispute was under Schedule 2, Clause 1(a) of the Act and a Merit Reviewer does not have the power to make an order under s 8.10(4) (see ss 31, 32 and 34 Personal Injury Commission Act 2020 and Allianz Australia Insurance Limited v Rymer [2022] NSWPICMRP 6).

However, the Member considered that in his capacity as a Member of the Commission he had the power to do so and awarded costs to be agreed between the parties, finding that exceptional circumstances existed as “in the context of a claim for weekly payments of statutory benefits, this case involved an unusual degree of factual complexity, particularly given the evidentiary challenges encountered by the claimant to establish that he is an ‘earner’ within the meaning of Sch 1 cl 2 of the MAI Act.”