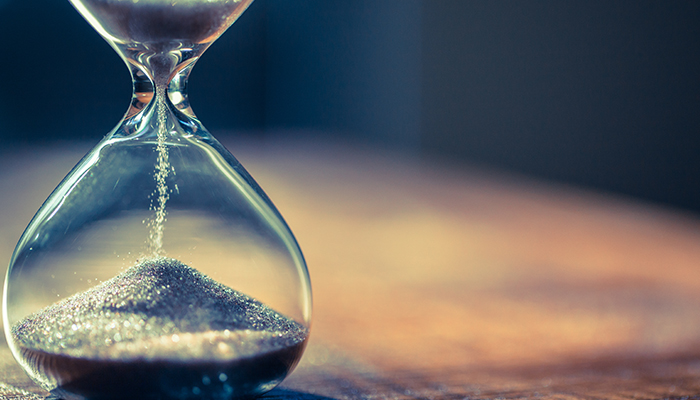 Welcome to the 48th edition of Sparke Helmore’s MAD Weekly.

The claimant made a claim for damages in relation to a motor accident on 22 January 2018. She lodged an application for claims assessment on 24 February 2022, more than four years after the accident. Accordingly, the claimant sought leave pursuant to s 7.33 of the Act.

The claimant relied on her own statement, and that of her solicitor. The claimant alleged that preparation of her claim had been delayed due to:

Upon receipt of her medico-legal evidence in late January 2022, the claimant lodged her application for claims assessment. It was submitted by the claimant that “the parameters of her claim needed to be ascertained before proceedings could issue”. In that regard, the claimant relied on the Commission Rules and the desirability for matters to be ready when referred for assessment.

Particulars had been provided by the claimant and the insurer had admitted liability and conceded that permanent impairment arising from the claimant’s injuries exceeded 10% WPI.

The insurer sent a letter to the claimant in May 2021 putting the claimant on notice of her failure to comply with the time limitation in s 7.33. In response, the claimant solicitor advised that they were unable to lodge the application as they awaited medical evidence.

The insurer submitted that this was not a reasonable position given that the Commission provides for a procedure in those circumstances for the matter to be referred to the Stood Over list and that the claimant’s explanation was not full and satisfactory to excuse the delay given the claimant was on notice of the time limitation.

However, the Member determined that the explanation was ‘satisfactory’ as the claimant had relied on her solicitor’s expertise and placed her trust in them to prepare her matter. The claimant’s solicitor had a genuine belief that the matter required ‘full particularisation’ before lodging an application for claims assessment. The Member found that a reasonable person in the claimant’s position would have been justified in experiencing the same delay when also considering the experiences caused by the claimant’s operations and the impact of the pandemic. The Member also considered the explanation was ‘full’ noting the detailed chronology that the claimant had provided.

Findings: The Member determined that a full and satisfactory explanation for the delay had been provided and leave was granted for the claimant to refer the matter for claims assessment.

MOTOR ACCIDENTS—miscellaneous claims assessment—whether the claimant mostly at fault—pedestrian crossing between traffic with no designated crossing.

The claimant was a pedestrian and at the time of the collision was attempting to cross Liverpool Road, which had three lanes of traffic in each direction. The first two lanes in an easterly direction had moderate to heavy traffic. The insured driver was travelling in lane three and had no traffic directly in front of her.

The claimant alleged that traffic was stationary at a red traffic light and therefore he proceeded to walk across the first two lanes but upon reaching lane three, the insured vehicle collided with him.  He was not at a pedestrian crossing or at the traffic lights.

A number of witnesses, including the driver of a vehicle that was travelling in a westerly direction, reported to police that they had observed the claimant to be running, not walking.

The claimant conceded that he did not look in the direction of the insured vehicle when crossing into lane three as he had expected any vehicles to stop for the red traffic light.

The insurer alleged 80% contributory negligence and denied liability for statutory benefits post-26 weeks pursuant to ss 3.11 and 3.28 of the Act on the basis that the claimant was mostly at fault. The decision was affirmed on internal review and accordingly the claimant proceeded to the Commission.

The insurer submitted that if the claimant had looked, he would have seen the approach of the insured vehicle, which was travelling within the speed limit. The insurer also noted that the claimant had stepped into the path of an oncoming vehicle and that there was insufficient time for the insured driver to react, though the insured did take evasive action once the claimant was observed. Further it was submitted that it was not reasonably foreseeable that the claimant would have attempted to cross a busy road across three lanes of traffic when the nearest traffic controlled pedestrian crossing was only 30 metres away.

The Member found that the insured was travelling at a speed that was within the limit and reasonable in the circumstances.  The Member also found that the insured applied her brakes but had insufficient time to stop before colliding with the claimant, that the claimant was moving both in front and behind slow moving vehicles in lanes one and two and did not look right to ascertain the status of traffic in lane three before crossing into that lane.

After considering the relevant case law, the Member opined that to find the insured driver breached her duty of care would impose a form of strict liability as “she is not required to drive in such a way as to anticipate everything that the plaintiff or other road users might do or to travel at a speed such that she could stop to avoid collision”.

However, having regard to the no-fault accident provisions, the Member referred to Davis v Swift and that she was required to apportion conduct by considering the claimant’s behaviour and the extent to which it departed from the expected standard of care.

Accordingly, the claimant was mostly at fault for the purposes of ss 3.11 and 3.28 of the Act.

MOTOR ACCIDENTS—whether costs are reasonable and necessary—s 8.10 of the Act—costs of medical assessment and internal review.

The claimant sought costs “where the insurer affirms its original decision following the internal review”, submitting that her legal representative had investigated her entitlement, sought and reviewed evidence, and drafted submissions in an attempt to resolve the minor injury dispute.

The Merit Reviewer further referred to r 23 of the Regulation, which states that “no costs are payable for legal services provided to a claimant or to an insurer in connection with an application for internal review by the insurer under Part 7 of the Act”.

Findings: Accordingly, the Merit Reviewer determined that the claimant was not entitled to payment of costs associated with the internal review decision.