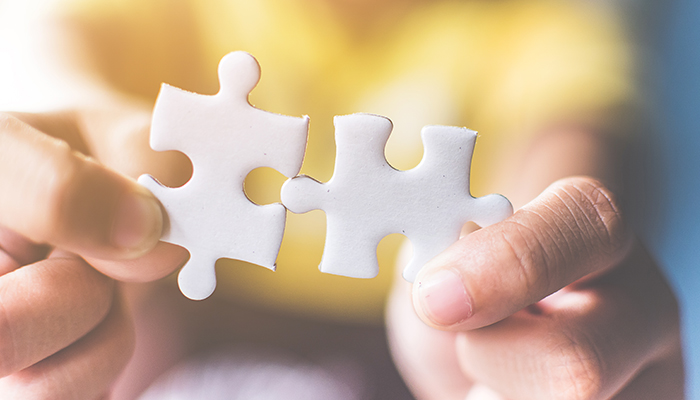 Welcome to the 44th edition of Sparke Helmore’s MAD Weekly.

The medical dispute was in relation to whether the claimant suffered a minor injury and whether eight sessions with a psychologist were reasonable and necessary.

At first instance, Medical Assessor Jones determined the claimant had no ongoing, active psychiatric disorder caused by the accident and that the previous diagnosis by the treating psychologist of an Acute Stress Disorder had resolved.

The claimant lodged an application for review and submitted that the Medical Assessor did not address the diagnosis of Post-Traumatic Stress Disorder (PTSD) provided by the GP and Dr Kumagaya, psychiatrist, and had limited his assessment to the time of the examination. The claimant noted Lynch v AAI Limited t/as AAMI [2022] NSWPICMP 6 (Lynch).

The Panel re-examined the claimant. The Panel found that the claimant did not suffer PTSD as there was no threat of serious injury or death in the motor accident and therefore did not satisfy an element for diagnosis of PTSD in accordance with DSM-5.

The Panel diagnosed a Persistent Depressive Disorder. In coming to this diagnosis, the Panel noted that the depressive symptoms commenced shortly after the accident and have persisted on most days for the two years since and have not ceased for more than two months at a time. The Panel confirmed that the principles discussed in Lynch did not arise in this instance as the Panel determined that the claimant presently suffered the condition, which is a non-minor injury.

The claimant was injured in a motor vehicle accident on 18 May 2018. Liability for his claim for damages was accepted with a reduction for contributory negligence alleged, and the claimant’s entitlement to damages for non-economic loss was conceded by the insurer.

The claim was not referred to the Commission for claims assessment until 12 November 2021, more than three years since the accident. The claimant was therefore required to provide a full and satisfactory explanation for the delay in referring the claim pursuant to s 7.33 of the Act.

The insurer made no objection pursuant to s 7.33 in its primary submissions in reply to the application and did not provide further submissions on the issue.

The claimant provided a chronology of events, supporting evidence and a statement  detailing that neither Allianz nor his first lawyer advised him of the need to refer the claim to the Commission for assessment, or any time limitation. He was advised in October 2021, after attempts to contact his lawyer without success, that his first lawyer had become ill and passed away. His file was referred by that lawyer’s firm to another firm, that then advised of the time limitation and the claim was referred to the Commission. The claimant’s knowledge was that his claim could be settled when his whole person impairment had been ascertained.

The Member considered the explanation to be a full account of the claimant’s conduct, including actions, knowledge and belief, from the date of the accident until provision of the explanation.

The Member noted that in accordance with Smith v Grant [2006] NSWCA 244 that reliance on legal representatives can constitute a satisfactory explanation for delay.

Findings: The Member determined that the claimant’s explanation for the delay in referring the claims to the Commission for claims assessment was full and satisfactory pursuant to s 7.33 of the Act and granted leave for the claim to be referred for assessment.

The claimant was injured in a motor vehicle accident on 7 August 2018.

A claim for damages was made on 18 January 2022, over three years after the accident. The explanation for the late claim was accepted by the insurer pursuant to s 6.14 of the Act.

The claim was also referred to the Commission for claims assessment until on 18 January 2022. The claimant was therefore required to provide a full and satisfactory explanation for the delay in referring the claim pursuant to s 7.33 of the Act. The insurer made no objection in its submissions in reply to the application and confirmed it did not seek to be heard on the issue of s 7.33.

The claimant provided submissions and a statement. He submitted that it was reasonable for him to wait until it was determined that his injuries were non-minor before making the claim for damages as this was the advice provided to him by his lawyer. His lawyer noted he was unaware that an application for claims assessment could be lodged with the Commission before a minor injury dispute was determined. The application was lodged after awaiting 28 days from receipt of the Medical Assessor’s certificate determining the claimant’s injuries were non-minor and accounting for a short period when the lawyer, a sole practitioner, was unwell due to COVID- 19.

The Member considered the explanation to be a full account of the claimant’s conduct, including actions, knowledge and belief, from the date of the accident until provision of the explanation.

The Member noted that in accordance with Smith v Grant [2006] NSWCA 244 that reliance on legal representatives can constitute a satisfactory explanation for delay.

Findings: The Member determined that the claimant’s explanation for the delay in referring the claims to the Commission for claims assessment was full and satisfactory pursuant to s 7.33 of the Act and granted leave for the claim to be referred for assessment.

The claimant, a 67-year-old female, was injured in a motor vehicle accident on 13 February 2020, when she was a passenger being driven by her husband who suffered a heart attack and collided with a post and rail and then two trees. As a result of the accident, the claimant suffered injuries including a soft tissue injury to the neck, a fracture to the L4 right transverse process, and fracture to the right ankle and right wrist. Her husband passed away as a result of the accident. Liability was wholly admitted.

At the time of the accident, the claimant was working as a part-time payroll officer in two roles totalling 25 hours per week. The claimant returned to work gradually post-accident and while she had reached retirement age, she expressed an intent to continue working until she was 70. She was coping with her pre-injury hours and duties and had received a pay rise in one of her roles since the accident.

Dr Robin Mitchell assessed the claimant at the insurer’s request, and assessed 15% WPI. The insurer conceded that the claimant met the s 4.11 threshold for damages for non-economic loss.

The insurer submitted that the claimant’s age and various comorbidities (which included lumbar spondylosis, breast cancer, cervical cancer, foot pain, hypertension and hypothyroidism) should be considered in relation to non-economic loss.

Findings: The Member accepted the proposed sum of $273,000 was just, fair and reasonable and within the range of damages likely to be awarded if this matter had progressed to hearing. The Member approved the settlement.

The claimant made a claim for statutory weekly benefits for loss of income as a result of an accident on 21 November 2021. He was self-employed in building maintenance at the time of the accident and operated as a sole tradership.

The claimant disagreed with the internal review determination and proceeded to the Commission.

The claimant submitted that some of the expenses, being depreciation and payments to family members as associated persons, were alleged to have been paid for the purpose of income splitting and tax planning, should not be deducted.

The claimant did not provide further material in relation to his earnings in the period preceding the accident. The insurer accepted that consideration of the claimant’s business income in his 2021 tax return was appropriate.

The dispute before the Merit Reviewer was how the business expenses should be treated.

The Member noted the onus was on the claimant to prove the amount of his pre-accident income and to provide sufficient documentary evidence.

The Member confirmed that depreciation was an operating expense of the business and noted that it represented “a portion of the acquisition cost of the asset used in the business to generate income”.

As to the payments to family members, the Member found that the allegation that the payments  were for income splitting and tax planning purposes was not reconcilable with the description provided to the Australian Taxation Office. The Member also highlighted that as the claimant operates as a sole tradership, it was not clear how the claimant could lawfully make such payments and describe them as expenses. The Member therefore asserted that if the claimant’s submission was true, then “the only inference to be drawn from the available material is that the claimant disguised income as expenses in his tax return for the sole purpose of unlawfully obtaining a tax benefit:”