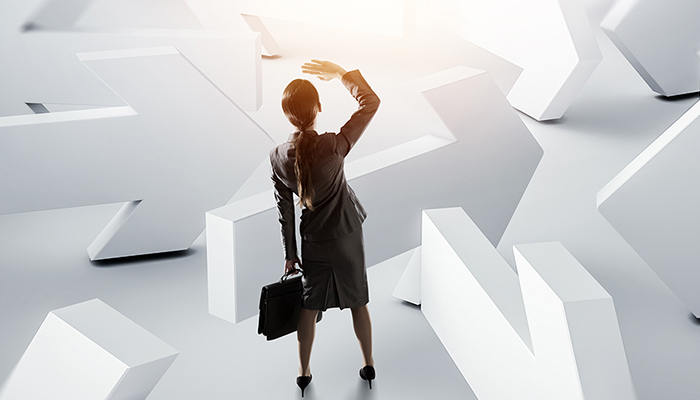 Welcome to the 43rd edition of Sparke Helmore’s MAD Weekly.

The claimant sustained a medial meniscus tear as a result of an accident on 18 August 2019.

At the time of the accident, the claimant was working as an employment specialist earning $700 net per week. She took 8 days off of work, before returning to her full pre-injury duties. She subsequently retained permanent employment with another company, earning in excess of $1,000 net per week.

Medical expert Dr Andrew Keller expressed the view that the claimant’s ability to work had not been affected by her accident-related injuries. There was no evidence that her injuries gave rise to impairment of greater than 10%.

The claimant and insurer agreed to resolve the damages claim for $40,000. The parties had allowed $2,000 for the claimant’s loss of 8 days of work, plus superannuation, and a $38,000 buffer for future economic loss and future loss of superannuation, to account for the possibility of flare-ups in symptoms and consequential time off of work.

As the claimant did not have legal representation, the settlement required the Commission’s approval pursuant to s 6.23 of the Act.

Findings: The Member, having regard to the expert evidence and the sums allowed for damages, concluded that:

As the claimant has been able to work on a full-time basis, without restriction, for more than 30 months since the motor accident, I am satisfied that the provision made for future economic loss is within the range that is likely to be awarded if this matter were to proceed to assessment.

The Member accepted that the proposed settlement was just, fair, reasonable and approved the settlement.

MOTOR ACCIDENTS—claims assessment—whether for the purposes of s 7.32(2) of the Act, the claimant used her best endeavours to attempt to resolve the claim prior to referring matter to Commission for damages assessment—claimant had not served any evidence and had not provided particulars before lodging application for damages assessment—claimant requested settlement conference four days prior to three year time limit—claimant failed to use best endeavours—claim dismissed.

The claimant sustained injuries as a result of an accident on 29 June 2018. She lodged a claim for common law damages on 8 April 2021. However, in the months that followed, the claimant had not adduced any evidence demonstrating that her injuries were non-minor within the meaning of the Act or that the permanent impairment attributable to her injuries exceeded 10%. She also had not provided particulars of the damages claim.

Section 7.32(3) of the Act provides that ‘parties to a claim must use their best endeavours to settle the claim before referring it for assessment under this Division’. In an attempt to comply with this requirement, the claimant requested that the insurer participate in settlement discussions on 22 June 2021. The insurer refused, noting the insufficiency of the medical evidence and lack of particulars.

Noting that the term ‘best endeavours’ was not defined in the Act, the insurer relied upon interpretation of that term within the context of contract disputes. The insurer submitted:

Transfield Pty Ltd v Arlo International Ltd and SVI Systems Pty Ltd v Best & Less Pty Ltd [2001] suggest that “best endeavours” clauses are now judged by standards of reasonableness. Mason J in Transfield stated that the obligation to use best endeavours is measured by what is reasonable in the circumstances, and in consideration of the nature, capacity, qualifications and responsibilities of the person who owes the obligation, in the context of the relevant contract.

The insurer refers to Joseph Street Pty Ltd v Tan, where the Court (unanimously) considered that to use “best endeavours” requires a party to do all they reasonably can in the circumstances to achieve the purpose of the obligation.

Findings: The Member, whilst acknowledging the caution that should be applied to relying upon case law emerging from commercial disputes, accepted the insurer’s submissions that ‘best endeavours’ should be measured by notions of reasonableness. She accepted that the claimant’s request for a settlement conference four business days prior to the expiration of the three-year time limit without having served any medical evidence or provided particulars, was neither reasonable not constituted best endeavours.

Having found the claimant had not used her best endeavours to resolve the claim, the Member dismissed the application for damages assessment.

The claimant lodged a claim for statutory benefits following an accident on 19 January 2018. The insurer determined that the claimant’s physical and psychiatric injuries were minor within the meaning of the Act, and these decisions were affirmed by Commission Medical Assessors.

The claimant sought the maximum regulated fee for the legal costs incurred by her in having her solicitors prepare and lodge a minor injury dispute with the Commission. The insurer offered to pay $1,200 for the legal costs incurred. The insurer said that the claimant should not be entitled to the maximum regulated fee, in circumstances where its original decisions were affirmed, rendering the application for assessment unmeritorious.

Findings: The Merit Reviewer accepted the claimant’s submissions that the payment of legal costs in statutory benefits disputes was not contingent upon a party’s success, citing AAI Ltd v Moon [2020] NSWSC 714. However, noting that there was no itemised bill of costs, and having regard to the relatively straightforward nature of the claimant’s submissions in the minor injury, the Merit Reviewer was not inclined to allow the claimant to recover the maximum regulated fee. He accordingly assessed costs at $1,400 plus GST.