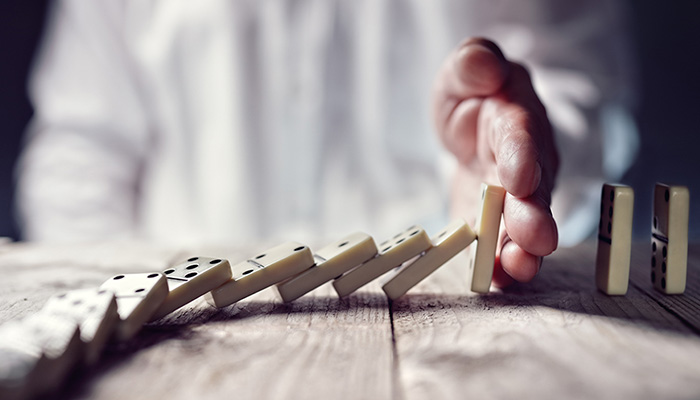 MOTOR ACCIDENTS—Medical Review Panel—review of medical assessment in relation to permanent impairment dispute—admission of surveillance material not before the original Medical Assessor—delay by insurer—interests of justice.

The insurer lodged an application for assessment by a Review Panel, which was referred to the Review Panel as it was accepted that there was reasonable cause to suspect that the assessment was incorrect in a material respect, having regard to the submissions in that application.

The insurer sought to have the further material put before the Review Panel and submitted: it was not provided to the Medical Assessor for procedural reasons; the material was relevant to the claimant’s capabilities; the claimant had been in possession of the material for eight months; and it was in the interests of justice.

The Review Panel determined that the material was relevant and, in the interests of justice, it should be admitted. It rejected the submission that the insurer could lodge an application for further assessment on the basis that it was contrary to the objects of the Act and a waste of resources as Review Panels are an expensive process.

Further, the Review Panel considered the claimant was hardly taken by surprise as the material had been in his possession for some time and any suggestion of procedural unfairness could be overcome by the claimant being given an opportunity to respond to the material.  A direction was made for the claimant to have over two months to do so.

The Review Panel raised the issue of insurer’s late submission of the material, both to the original Medical Assessor and the Review Panel. The Review Panel stated the time for the claimant to respond was not an opportunity for the insurer to adduce more evidence and that it was unable to exercise its functions efficiently if the legal profession believed otherwise.

The insurer had initially advised it would determine liability on receipt of the application for personal injury benefits, but later advised it could not do so as the claim form was incomplete because there was no police event number, though did not refer to the Guidelines or advise the claimant of her options if she could not obtain an event number.

The claimant referred the dispute to the Commission, with a document described as a statement, which provided limited details in relation to a telephone call the claimant had made to NSW Police to report the motor vehicle accident.

The claimant provided a further explanation in a second statement (which she was directed to provide by the Member) that she had attended a police station in person after receiving advice from her solicitors that the motor vehicle accident had to be reported, but was “sent away”. Then, once she received the insurer’s correspondence, she also made a telephone call, but the police had refused to provide a police event number as the motor vehicle accident was considered “too long ago”.

The insurer submitted the explanation lacked detail and it was neither full nor satisfactory.

The Member noted the claimant’s attempts to obtain a police event number were frustrated by the police being un-cooperative and the insurer had not advised her of the other options available to her to satisfy the accident verification requirements. Further, the Member considered the insurer was calling for “burdensome” recounting, despite being able to verify the accident with the insured driver. He also referred to a SIRA publication, “Section 70 disputes – a scheme issue?” by Sosa Rahimi and Belinda Cassidy, which revealed a significant number of disputes in relation to the accident verification requirements under Motor Accident Compensation Act (1999) were due to the “systemic problem” of police refusing to assist claimants by providing event numbers. The Member also took into account the claimant was relying on her lawyers, was ignorant of her obligations prior to instructing them, was from a non-English speaking background and was managing her recovery following the motor vehicle accident.

He accepted the claimant’s explanation in her second statement.

The Member was not satisfied the claimant was entitled to costs as her solicitors could have avoided the dispute by writing to the police to notify them of the accident and observing the Guidelines in preparing the initial statement as the insurer may have overturned its decision and a teleconference would not have been required to obtain the second statement.

Findings: The claimant has complied with the accident verification requirements. No costs awarded to the claimant.

The claimant was 71 when the matter proceeded to settlement approval. She suffered a periprosthetic fracture of the left femur, and a left ankle fracture from the accident. She had a significant pre-existing medical history, including multiple surgeries to the left knee. Prior to the accident, the claimant walked with the aid of a walking stick, however, following the accident she needed a walking aid in her home and wheelchair outside.

At the request of the insurer, Professor Cameron examined the claimant, and assessed her injuries at 20% WPI. The Professor did not consider the claimant’s mobility and function remediable with treatment.

The parties agreed to resolve the claim for the sum of $220,000, for non-economic loss damages only, being a total $275,000 less 20% for contributory negligence.

The insurer had initially alleged 60% contributory negligence, but the parties later agreed to 20% contributory negligence. The circumstances of the accident, which occurred on 15 March 2019, were that the claimant had crossed the road against a red pedestrian light, as the insured driver attempted to turn right at a green traffic light. The Member considered Cheetham and anor v Bou (1989) 10 MVR 242 that involved similar circumstances and in which a deduction of 50% for contributory negligence was made. The Member was satisfied that had the insured driver been paying proper attention, the accident could have been avoided.

As the claimant was not represented by solicitors, the proposed settlement required approval by the Commission pursuant to s 6.23 of the Act.

In considering whether the proposed sum of $220,000 for non-economic loss was appropriate, the Member took into account the principles expounded in RACQ Insurance Limited v Motor Accidents Authority of NSW (No 2) [2014] NSW SC 1126 (the amount of damages must be fair and reasonable compensation for the injuries received and disabilities caused, and must be proportionate to the situation of the claimant) and Reece v Reece [1994] NSWCA 259 (a claimant’s age was one of many relevant factors in determining the quantum of non-economic loss).

Findings: the Member accepted the proposed sum of $220,000 was just, fair and reasonable and within the range of damages likely to be awarded if this matter had progressed to hearing. The Member approved the settlement.

There were three treatment disputes the claimant referred to the Commission on whether—(a) a referral to orthopaedic specialists regarding the right lower limb; (b) eight physiotherapy sessions; and (c) a CT Ceretec perfusion brain scan—were reasonable and necessary. The claimant was examined by three separate Medical Assessors for each treatment dispute, of which the insurer’s three decisions were all affirmed.

The claimant’s solicitor sent three invoices for $1,826.18 each to the insurer, being the maximum regulated amount allowable on the basis that each was a separate medical dispute. The insurer declined to pay the three invoices because the applications lacked merit, the applications were rudimentary and lacked preparation, there was no attempt to contest the insurer’s original decision in the internal review application, the insurer had to provide additional information to the Commission and each separate dispute only a portion of the maximum regulated costs should be awarded respectively. The insurer further submitted “the integrity of the scheme requires a strict stance on avoiding awarding unnecessary costs”.

The claimant’s solicitors submitted each of the three invoices were payable as each related to three different types of medical services and a separate “medical assessment matter”.

The Merit Reviewer considered the maximum regulated amount did not relate to injuries or types of injuries, or the number of applications made to the Commission, but rather the “medical dispute” referred to the Commission for a “medical assessment”. Further, he believed each treatment dispute required “significant distinct work” to prepare as well as substantial and complex material relied on by the claimant’s solicitors. He noted the issue of whether the disputes lacked merit was not a relevant consideration under s 8.10 of the Act that it was necessary the disputes be referred to the Commission and the insurer was in a position to provide the material to the Commission given its resources and the authority to obtain such records.

Additionally, the claimant’s solicitors sought a 25% uplift pursuant to s 6.21 of the Act, as it was justified, the insurer acted unreasonably in denying liability for the costs sought and there was additional work done. The application was opposed by the insurer because the section was applicable to unreasonable denials of liability for negligence not statutory benefits, and the Merit Reviewer agreed and declined to award the uplift.

Findings: The Merit Reviewer determined the maximum regulated legal costs were justified in each distinct treatment dispute. However, the uplift sought was not awarded. A $471 payment was also awarded because exceptional circumstance applied on the costs dispute.