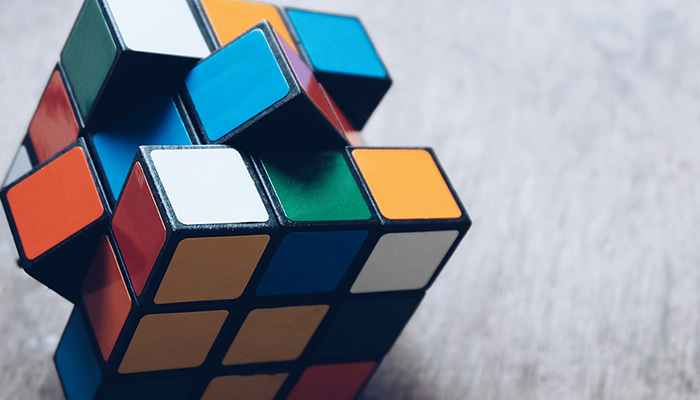 The claimant was a self-employed painter at the time of the accident. The insurer determined his PAWE to be $518.04, being his net income in the 52-week period prior to the accident, divided by 52 weeks.

The claimant disputed this calculation, saying PAWE should be calculated on his gross business income, and asserted that the PAWE calculation should also take into the account a real likelihood that his business income was expected to increase.

Findings: For self-employed claimants, PAWE is to be calculated based on net business income/gross personal income, as business expenses are not “proceeds” of the business and do not constitute earnings.

Otherwise, as clause 4(1) to Schedule 1 of the Act applies to the calculation of his PAWE, the future earnings of the business are irrelevant as clause 4(1) only permits consideration of a claimant’s earnings in the “12 months immediately before the day on which the motor accident occurred”.

The claimant, who was a pedestrian, died as a result of being struck by a reversing car. The insurer had funded a total of $10,156 for various funeral expenses including funeral director’s fees, ceremonial ornaments, ritual ceremony, and other supplies. However, a dispute arose between the parties as to whether the amount claimed for the burial site was reasonable.

The claimant claimed an additional $33,572, for a four-person burial site. The insurer initially rejected the claim and advised that it would approve funeral expenses up to $20,000. On internal review, the insurer advised it would fund the cost of a burial site up to $25,124, being the cost of a smaller burial site, in addition to the $10,156 already funded.

The claimant disputed the insurer’s decision and requested that the Commission determine whether the $33,572 claimed for the four-person burial site was a reasonable funeral expense.

Findings: The Merit Reviewer noted there was no exhaustive or prescriptive list or criteria that constitutes a reasonable funeral expense, but relevant considerations include the personal circumstances of the deceased, the size of their family, the nature of their standing in the community, and their cultural or religious beliefs.

MOTOR ACCIDENTS—claims assessment—wheelchair bound claimant sustained injury during course of taxi ride—whether seatbelts properly fastened—whether injuries sustained by claimant arose “gradually from a series of incidents”—whether injuries occurred as a result of a motor accident, within the meaning of s 1.4 of the Act.

The claimant, who was using a wheelchair, was a passenger in a taxi. He says that the taxi had two seatbelt systems, one which secured him to the wheelchair and then to the taxi, and one which secured the wheelchair itself to the taxi. He alleges that the taxi driver failed to, or failed to properly, secure both seatbelts systems and as a result, during the course of the journey, and on three separate occasions, his wheelchair tipped to the side as the taxi negotiated bends in the road—causing injury to his right shoulder, as well as other body parts.

The insurer asserted that it was not liable to make payments for statutory benefits. It said that the claimant’s asserted injuries were not accident-related, and that in any event, those injuries did not arise from a motor accident within the meaning of the Act, but rather arose gradually from a series of incidents.

Section 1.4 of the Act defines a motor accident as: (1) an incident or accident; (2) involving the use or operation of the motor vehicle; (3) which causes injury to a person where the injury is a result of and is caused; (4) during the driving of the vehicle.

Furthermore, s 1.9 of the Act provides that the Act “does not apply in respect of an injury that arises gradually from a series of incidents”.

The Member considered each of the above allegations and issues.

Given the above findings, the Member concluded that claimant’s injuries arose as a result of a motor accident within the meaning of the Act, and that the insurer was liable to make payments for statutory benefits accordingly.

MOTOR ACCIDENTS—settlement approval—whether proposed settlement just, fair and reasonable and within the range of likely potential damages assessment for the claim were the matter to proceed to formal assessment.

The claimant was almost 71 when the matter proceeded to settlement approval. She suffered fractures to her right wrist, L2 and L3 vertebrae, left great toe, and sternum as a result of the accident. At the request of the insurer, Dr Winstanley examined the claimant, and assessed her injuries as giving rise to 11% Whole Person Impairment (WPI). The parties agreed to resolve the claim for the sum of $220,000, for non-economic loss damages only.

As the claimant was not represented by solicitors, the proposed settlement required approval by the Commission pursuant to s 6.23 of the Act.

The claimant gave evidence that her ability to participate in recreational activities such as golfing, which she had done for 30 years prior to the accident, had been curtailed by the accident. Medical opinion from Dr Winstanley suggested that the only injury that was at the risk of deterioration was the wrist fracture injury, which may be prone to the development of osteoarthritic changes, but not for another decade.

In considering whether the proposed sum of $220,000 for non-economic loss was appropriate, the Member had regard to RACQ Insurance Limited v Motor Accidents Authority of NSW (No 2) [2014] NSW SC 1126, in which the Court found:

The principle to be followed... is that the amount of damages must be fair and reasonable compensation for the injuries received and disabilities caused. It is to be proportionate to the situation of the claimant....and not to the situation of other parties in other actions, even if some similarity between their situations may be supposed to be seen.

The Member also took into account the principle in Reece v Reece [1994] NSWCA 259, that a claimant’s age was one of many relevant factors in determining the quantum of non-economic loss.

Findings: With the claimant’s reduced ability to pursue recreational activities, and the likely trajectory of her injuries and disabilities, the Member accepted that the proposed sum of $220,000 was just, fair and reasonable and within the range of damages likely to be awarded if this matter had progressed to hearing. The Member approved the settlement.

MOTOR ACCIDENTS—miscellaneous claims assessment—dispute as to whether claimant wholly or mostly at fault—accident occurred after claimant, riding a motorcycle, alleged to have driven over a pothole.

The claimant was riding a motorcycle in a convoy, with his wife as a pillion passenger. He alleges that as he was negotiating a bend in the road, the rear wheel of his motorcycle hit a pot hole, causing it to lose traction, fall to the ground and slide some distance, ejecting himself and his wife. A witness to the accident attested that “he saw the back wheel sort of lift up off the ground as if it was going over a pothole”.

The insurer asserted that the claimant was wholly or most at fault for causing the accident, and that he was not entitled to statutory benefits given the operation of s 3.11 and 3.28 of the Act. The insurer also asserted that if the accident occurred because of a pothole, then the injuries he sustained were not as a result of and caused by the use or operation of the motor vehicle, and the Act therefore did not apply.

The Member also accepted, in the alternative, that if the accident did occur because of a pothole, then the Act would not apply because the s 1.4 and 1.9 definition of a motor accident had not been satisfied. In these circumstances, the Member affirmed the insurer’s decision.