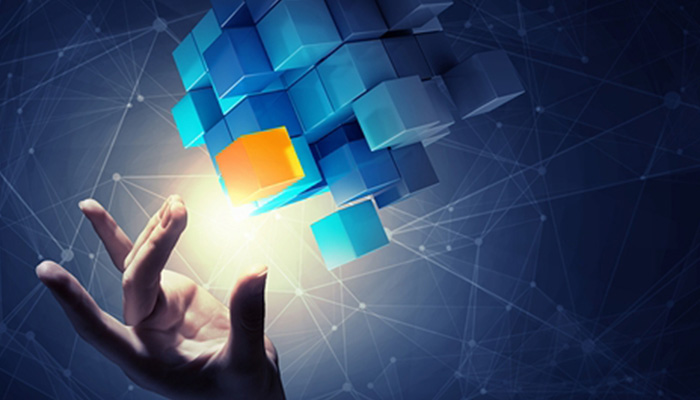 On 28 August 2020, the claimant was riding a motorcycle along the M5 near Revesby during peak hour in heavy traffic. There were three lanes of traffic. Visibility was good, the sun had not yet set, and the weather conditions were fine. Traffic was stopping and starting up to 80 km/h.

The insured driver slowed suddenly as he approached the beginning of the exit ramp to Revesby, when the claimant collided with his ute—estimating he was travelling at 30 km/h at the time of the collision. The insured conceded he had not seen the claimant before the collision but had observed the car behind him when he was slowing down.

The claimant conceded he was lane filtering and been doing so for approximately 300 metres before the collision. However, he alleged that he had complied with Regulation 151A of the Road Rules 2014 and was travelling at between 20 to 30 km/h at the time of impact. The claimant was charged with negligent driving by NSW Police.

The insurer submitted that the claimant was not permitted to lane filter in moving traffic, that the traffic in the other lanes was travelling at 60 to 90 km/h, that the claimant failed to keep a proper lookout or safe distance and should have observed the traffic ahead.  It was submitted that if the claimant had done so, he would have reasonably been in a position to stop or move, so he could safely lane filter. It was further submitted that the insured driver had not acted negligently by coming to a stop, was travelling in his lane and was not attempting to change lanes when the accident occurred and could not have reasonably taken evasive action to avoid the collision.

The Member noted some inconsistencies between the reported speed of the insured driver and that the insured driver had not observed the claimant prior to, or at the time of the collision and therefore determined that the insured was not keeping a proper lookout and checking his blind spots. The Member considered the police charge against the claimant was not determinative and found that a significant contributing factor was that the insured was not keeping sufficient distance from the vehicle in front, as it was determined that he would not have needed to brake suddenly if he had done so.

The Member considered Section 5R of the Civil Liability Act 2002 and the case law for determining apportionment that was just and equitable in the circumstances.

On 6 October 2019, the claimant was riding his motorcycle on Hinton Road, Phoenix Park when, as he was negotiating a bend, he drove off the road into a gully resulting in injuries causing paraplegia. He was not familiar with the road. The speed limit was 80 km/h.

The claimant stated that his visibility was good, though there was a shed that blocked his view of the bend and a vehicle that came towards him from the opposite direction, which impeded his ability to take corrective action by leaning further to the right whilst taking the bend. He also noted that the bend became “very sharp” and he had not seen any signage warning of the approaching bend. He alleged he was travelling at 60 km/h at the time of the accident.

The police records noted two prior accidents at the scene (though details/signs in place at the time were not known), that the claimant was not speeding and did not see the signage for the corner, which consisted of a warning and speed advisory sign (suggesting 35 km/h), as well as three chevron-type signs.

The insurer alleged that the claimant was wholly at fault, or in the alternative mostly at fault as his degree of contributory negligence should be assessed at 80%.

Expert evidence was relied on by the parties. There was general agreement that the road design was undesirable as the radius of the curve in the bend did not comply with the standards, as it tightened about halfway through the curve. It was also agreed that the speed advisory/warning sign also did not comply with standards, as it should have been placed closer to the edge of the road and closer to the bend, clear of roadside vegetation, on an independent signpost rather than a telegraph pole and placed higher than usual.  It was also noted that the chevron-type signs were either not conspicuous or used in an atypical situation. The experts also agreed that the claimant would have had to travel at less than 60 km/h to navigate the curve without departing. The claimant’s expert also opined that as there was a nearby gully/ditch, the bend should have had a guardrail or barrier.

The insurer submitted that while the road and signage was not to standard, the claimant could have avoided the accident if he had kept a proper lookout and adjusted his speed in accordance with speed advisory sign, particularly given he was not familiar with the road and that the risk of the bend being sharp was foreseeable. The insurer relied on its expert’s view that while the speed advisory sign was further away from the edge of traffic than was typical, it did not detract from the claimant’s ability to see it, as it was within the field of vision.
The claimant submitted it was not unreasonable that he had failed to observe the signs and that due to the deficiencies in the signage and design of the road, a reasonable driver would not have foreseen the sharp nature of the bend and the risk it presented.

The Member determined that the primary cause of the accident was that the claimant drove into a bend at a speed that was too fast for the prevailing circumstances and had not seen the speed advisory/warning sign. She considered that the road “architecture, structure or geometry [did] not meet the current standards”, that the tightening of the corner was an unexpected and undesirable feature, and that the warning/speed advisory sign was in an atypical location.

The Member determined that the accident was not wholly caused by the fault of the claimant, as his actions or inactions alone could not be considered to have solely caused the accident noting the various deficiencies in the road and signage.

She further found that there were no grounds to find contributory negligence, preferring the evidence of the claimant’s expert that the claimant would have had to look left and up to see the speed advisory/warning sign, and that in those circumstances and noting that the claimant had already reduced his speed, there was little more a reasonable person could have done to avoid the accident.

The Member awarded $5,130 in regulated costs on the basis that there were three, albeit interrelated, miscellaneous claims assessment matters, as well as the unregulated fee for the claimant’s expert evidence.

Findings: The claimant was not wholly or mostly at fault of the accident and there was no finding of contributory negligence. The insurer was therefore not entitled to cease or reduce the claimant’s statutory benefits.

MOTOR ACCIDENTS—Medical Review Panel—review of medical assessment in relation to permanent impairment dispute—error in diagnosing fracture to coccyx—assessment by analogy.

On 10 April 2019, the claimant was struck by the insured motor vehicle whilst crossing a pedestrian crossing. She alleged that her injuries sustained as a result of the subject accident gave rise to greater than 10% Whole Person Impairment (WPI).

Medical Assessor Moloney had noted an MRI recorded significant angulation between coccygeal segments two and three. The Medical Assessor diagnosed a healed coccyx fracture with displacement, giving rise to 5% WPI under Table 3.4 of the AMA 4.

The insurer lodged an application for referral of a medical assessment to a Review Panel. It confirmed that it accepted all assessments other than the assessment of the coccyx and queried the diagnosis of a fracture and the application of Table 3.4. Particularly, the insurer noted an MRI of the sacrum/coccyx demonstrated no fracture and there was no evidence before the Medical Assessor upon which that opinion could have been formed.

The Review Panel accepted that the claimant had fallen to the ground on her buttocks following the collision that she had not immediately reported coccyx-related pain as she was focused on the fracture to her left ankle, which caused her much pain, and that the deformity to the coccyx was more likely to be traumatic than congenital.

Findings: The Review Panel confirmed the assessment of the original Medical Assessor, though reached its assessment based on different reasons.