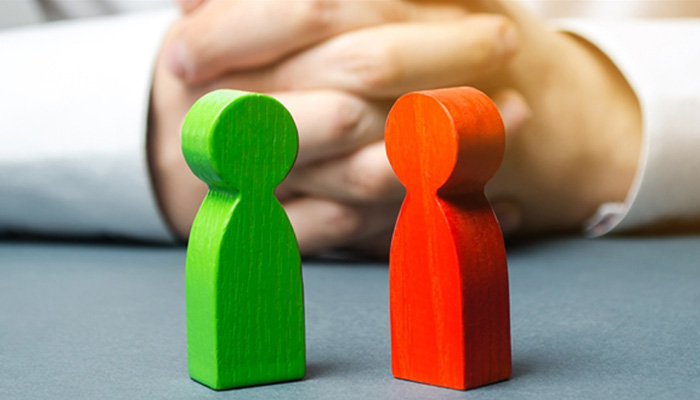 The claimant was crossing a road, for which the speed limit was 50 km/h, at approximately 10.05 pm. As he was doing so, the insured driver collided into him.

CCTV footage was obtained depicting the accident. It showed that the claimant did not look left or right prior to crossing and took no evasive action moments before the collision. The CCTV footage also showed the insured did not slow down on his approach to the claimant, took no evasive action in response to an impending collision, and also did not slow down until well after the accident.

The insurer admitted its insured was negligent, but asserted the claimant was contributorily negligent, and his entitlements should be reduced by 30%, for failing to keep a proper lookout, and for failing to use a pedestrian crossing some 100 metres away.

Findings: Both parties contributed to the accident by failing to keep a proper lookout for each other. Given that the insurer conceded its insured was travelling “at speed”, The Member determined the insured was more responsible for the accident. The Member assessed the claimant’s contributory negligence, for failing to keep a proper lookout, at 15%. The Member did not consider the claimant’s failure to use the pedestrian crossing added to his culpability, considering the area was well lit and traffic was sparse.

MOTOR ACCIDENTS—settlement approval—claimant able to return to after short period of absence following accident—whether settlement just, fair and reasonable, and within the range of likely potential damages assessment were the matter to proceed to assessment.

The claimant dislocated his left shoulder as a result of a motorbike accident. He worked as youth worker with Juvenile Justice at the time of the accident but was unable to return to work until two months after the accident.

The claimant subsequently moved to Queensland with his family, in order to work with his brother as an apprentice bricklayer. He worked as a bricklayer for three months but had to stop because of his left shoulder injury. After one to two months of unemployment, he began working again in the juvenile justice field.

Findings: Having regard to the claimant’s injuries, his ability to work consistently after the accident, but also the possibility of incapacity in the future, the Member determined the settlement was just, fair and reasonable, and within the range of likely potential damages assessment were the matter to proceed to assessment. The settlement was approved.

MOTOR ACCIDENTS—settlement approval—claimant sustained severe injuries as a result of accident and entitled to non-economic loss—nearing retirement—whether settlement just, fair and reasonable, and within the range of likely potential damages assessment were the matter to proceed to assessment.

The claimant was riding a motorcycle when the insured driver collided into him during the course of a right-hand turn. The insurer admitted liability for the claim.

As a result of the accident, the claimant sustained a dislocated left shoulder, and fractures to his right leg, both wrists, left shoulder/arm, two ribs, and right hip. He recovered to a moderate extent, but suffered from ongoing residual disabilities, which experts considered would be permanent.

The insurer conceded the claimant was entitled to non-economic loss. The claimant otherwise said that although he was nearing retirement, would have likely continued working in part-time or casual employment until 2032, when his wife would have retired.

Findings: The claimant impressed the Member as being a stoic person, having regard to his remarkable recovery despite his serious injuries. The Member determined the settlement was just, fair and reasonable, and within the range of likely potential damages assessment were the matter to proceed to assessment. The settlement was approved.

MOTOR ACCIDENTS—miscellaneous claims assessment—claim for statutory benefits and damages lodged over three years after the accident and contrary to s 6.13 and 6.14 of the Act—whether explanation for delay in bringing claims full and satisfactory.

The claimant was injured in an accident on 20 April 2018. He attended his general practitioner the day after the accident and was diagnosed with whiplash injuries. He also began to experience fatigue, nausea, and headaches, but attributed these symptoms to overwork. It was not until 2019 and 2020 that the claimant began to experience left shoulder symptoms and sought treatment for that injuries.

In April 2021, an anniversary photo of the accident appeared on his phone, and this prompted the claimant to seek legal advice and lodge a claim. He said he had never lodged a personal injury claim before this and did not know of the relevant time limits.

The claimant explained that at the time of the accident, he was busy operating his own trucking business and caring for his wife who was pregnant with their first child. He said that after the accident, he continued to work to provide for his family, and that his family were devasted when his and his wife’s second child was stillborn.
The insurer rejected the claimant’s claims on the basis that his explanation as to the delays in bringing a claim were not full and satisfactory.

MOTOR ACCIDENTS—miscellaneous claims assessment—whether claimant wholly or mostly at fault pursuant to s 3.11 and 3.28 of the Act—insured driver exiting driveway and collided into claimant who was riding bicycle on grassy area on footpath.

The claimant was initially riding on the roadway but moved onto the nature strip to allow cars to pass him. He continued riding on that grassy area when he saw the nose of the insured vehicle exit its driveway. His vision of the vehicle was obstructed due to the colour bond fence and did not see the vehicle in full until he was halfway across the driveway and when a collision occurred.

The insurer asserted the claimant was wholly or mostly at fault for causing the accident, for failing to take reasonable care for his own safety by riding on the footpath whilst wearing earbuds and listening to music, and for failing to maintain a proper lookout for vehicles exiting from driveways. The claimant disputed the decision in the Commission.

Findings: The Member found that the insured was negligent for failing to keep a proper lookout for pedestrians and potential cyclists on the footpath. However, the Member accepted that the claimant was mostly at fault, for the reasons relied upon by the insurer.

MOTOR ACCIDENTS—merit review—whether claimant an “earner” at the time of the accident.

The insurer determined the claimant was not an “earner within the meaning of the Act, at the time of the accident. The claimant disputed the decision in the Commission, but the merit reviewer, at first instance, determined that he was unable to make a determination, and remitted the matter to the insurer for consideration. The insurer sought a review of the single merit reviewer’s decision.

During a teleconference before the Review Panel, the claimant submitted bank records, which recorded wage payments made to him in September and October 2020 for security work he performed.

Findings: The insurer subsequently conceded the claimant was an earner. The Review Panel set aside the single merit reviewer’s decision and remitted the matter back to the insurer, along with a direction to the claimant that he furnish his financial and earnings records, to permit the insurer to calculate the claimant’s statutory benefits entitlements.

The insurer agreed to fund $1,050 for an MRI for the claimant’s right elbow and wrist. The insurer was subsequently invoiced $3,415, and disputed it was liable for the “gap” of $2,365. The insurer disputed that imaging was “treatment” within the meaning of the Act, submitted that there was no prescribed fee for the cost of MRI imaging, and that the claimant failed to mitigate his loss by incurring excessive and reasonable costs of treatment.

Findings: MRI imaging is a medical test and thus a recoverable expense under s 8.10 of the Act and the cost of the MRI was reasonable considering it was derived from to the Australian Medical Association rates, which is the maximum rate allowed by the Regulations. The Member also found that duty imposed by s 6.5 upon the claimant to minimise loss does not extend to minimising the cost of treatment.

The claimant was working for various ride-share companies but, had not worked for the full 12 months prior to the accident. The insurer accordingly calculated the claimant’s PAWE in accordance with clause 4(2)(a) to Schedule 1 of the Act. It calculated PAWE by deducting the claimant’s business expenses from business income and dividing that figure by the number of weeks the claimant had worked prior to the accident, to reach a PAWE figure of $1,267.66. The claimant asserted this calculation was incorrect, and that PAWE should be calculated at $2,000, but made no submissions as to why.

Findings: The Member accepted that the claimant’s PAWE should be calculated in accordance with clause 4(2)(a) to Schedule 1 of the Act and affirmed the insurer’s PAWE calculation.