Nick has been advising on South Australian WorkCover matters and working with self-insured clients since 2008. He acts on a diverse range of files at conciliation and judicial determination level, throughout the life of the claim.

Michael specialises in statutory litigation in both the state and Commonwealth jurisdictions. He was included in the 2013 Best Lawyers Australia list, which was published by the AFR. 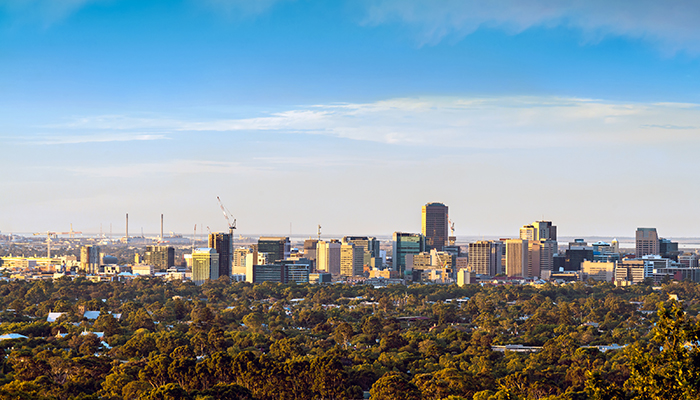 The Return to Work Act 2014 (SA) (RTW Act) represented the most significant reform to workers’ compensation legislation in South Australia for the best part of 30 years. The RTW Act established the Return to Work scheme, which “provides the framework for the delivery of support and services to people who have suffered a work injury to assist them to recover from their injury and return to work”.

This update covers important recent and precedent-setting decisions that have been handed down by the South Australian Employment Tribunal (SAET), affecting self-insured employers, registered employers, claims agents and key stakeholders within the scheme.

This is a decision of the Full Court of the Supreme Court dealing with an appeal that raised the question as to whether the worker suffered two or more compensable injuries arising from the same trauma within the meaning of s 43(6) of the WRC Act. The worker made claims for lump sum compensation following lumbar spine surgery in 2011, and further claims pursuant to s 43 of the repealed Act for mastication and deglutition, xerostomia, impairment of the genito-urinary system, impairment of the upper and lower digestive system, erectile dysfunction and bladder dysfunction (further impairments). At first instance, DP Calligeros of the SAET felt compelled to follow the decision in Martin v ReturnToWorkSA [2016] SAET 95 and proceeded to determine the level of whole person impairment (WPI) by combining the assessment of 26% previously made in respect of the worker’s lower back injury and scarring with the further impairments, adopting the concept that they were all “compensable injuries arising from the same trauma” for the purposes of s 43(6)(a) of the WRC Act. The result of combining the various WPI assessments for the purposes of calculating compensation pursuant to s 43 of the WRC Act was that the worker’s total WPI was 70%.

What you need to know: Chief Justice Kourakis and Justices Stanley and Hinton of the Supreme Court allowed the appeal, setting aside the order of the Full Bench dismissing the appeal from the judgment of Judge Calligeros, and remitted the matter back to the SAET to make factual findings regarding the specific causes and dates of onset of the worker’s various injuries. In reaching its decision, the Supreme Court adopted the view that the further impairments resulted from separate physiological changes to those from the injury to the worker’s lumbar spine and constituted distinct, subsequent compensable injuries. The Court also went on to say that the impairments that arose as a complication of the worker’s ingestion of opioid medication to relieve the symptoms of his lumbar spine injury following surgery, arose not from the original lumbar spine injury, but rather, from the ingestion of the opioid medication. That event occurred subsequent to the event that led to the worker’s lumbar spine injury and so it was not the case that the further impairments arose from the same trauma as the lumbar spine injury. Given this reasoning, the issue of combination prescribed by s 43(6) was not made out.

The worker was a full time lecturer at TAFE SA. She was sent to a rural location to conduct lectures by her employer, and provided with accommodation. The worker was exposed to a high risk of mosquito bites as it was hot, the air conditioner was broken and the worker opened the windows to ventilate her room. She contracted a virus and suffered injuries for which she sought compensation. The Full Court accepted that the injuries arose from employment.

What you need to know: The Court decided that a factual enquiry must be undertaken to answer the following questions:

What you need to know: The Full Court held that a “future surgery” application does not have a prescribed manner and form, and merely needs to be lodged within the relevant time period.

The Court also suggested that no decision needs to be made on the application with regards to liability for the surgery until the worker pursues the surgery that is the subject of the application. What constitutes the minimum information required for such an application to be valid remains uncertain.

What you need to know: A worker with an “existing injury” is not entitled to s 40 “supplementary income support payments” if they have surgery after their weekly payment entitlement comes to an end, if they were paid pursuant to schedule 9, clause 37 of the RTW Act.  Subclause (3) bars the receipt of payments.

The worker had an injury that occurred before 1 July 2015 (existing injury), for which they received weekly payments of income maintenance. The worker subsequently underwent surgery after 1 July 2015. A question was raised as to whether the worker could access an additional entitlement to weekly payments, or to what extent weekly payments would accrue, in circumstances where s 7(6) of the Act deems surgery to occur on the date of the original injury for which the surgery was undertaken.

What you need to know: A “surgical injury” will, pursuant to s 7(6), be deemed to have occurred as at the date of the original injury. The entitlement to weekly payments of income maintenance will accrue from the date on which an incapacity for work (from the injury)  first occurs, which in this case was a date well before the date of surgery.

The worker underwent an assessment of WPI under s 43 of the repealed Worker’s Rehabilitation and Compensation Act, and a decision followed determining his WPI at 28%. Eighteen months’ later, the worker disputed the decision and produced a new report suggesting he had reached 30% WPI and so should receive additional compensation as well as be classified as a Seriously Injured Worker. A preliminary issue arose as to whether the worker would be granted an extension of time because of the lateness of the bringing of the dispute. The application was denied.

What you need to know: The Tribunal found that a worker who has failed to lodge their claim within the one month limitation period must apply for an extension of time on the basis that good reasons exist to grant that extension and by considering the length of the delay and the explanation as to how the delay occurred. S100 of the RTW Act provides that the Tribunal must only allow an extension of time if satisfied that good reason exists and that another party will not be unreasonably disadvantaged because of the delay in commencing the proceedings.  The appropriate considerations are: