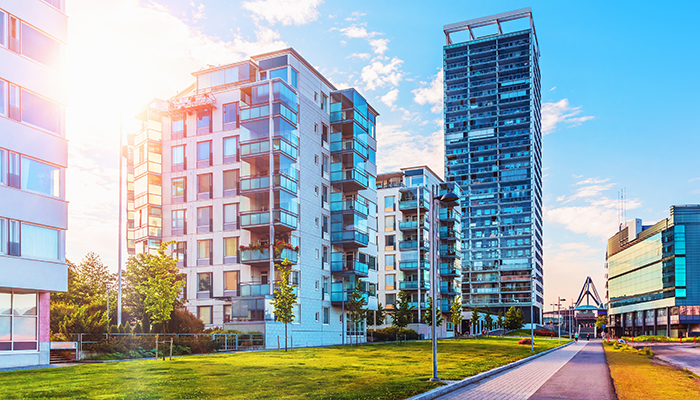 A robust and common sense decision recently made by the District Court of Western Australia in Nikolich v Webb [2019] WADC 58 looked at obvious risks and the precautions that owners were required to take in a short-term rental property. Interestingly, the Court also took into account the purpose for which the premises was built, how it was marketed, on which clientele it was focused and how competently the premises were built.

In this matter, the Plaintiff slipped and fell on a wet bathroom floor at an apartment owned and managed as short-stay accommodation by the Defendants. The apartments were marketed as short-term rental accommodation targeting the adult couples’ market. Each apartment was furnished with one king sized bed and did not cater for children.

After going to bed, she returned to the bathroom to check on candles that had been lit in the bathroom and slipped on the floor. She suffered injuries and sued the defendants. She called Dr Stephen Chew as expert ergonomist to give evidence.

The judge followed the decision of Collins, Schultz, Kempsey Shire Council and Action Paintball Games Pty Ltd (In Liq) and held that s 5O of the Civil Liability Act 2002 (WA) changes the common law in that it provides expressly that a defendant does not owe a duty of care to a plaintiff to warn of an obvious risk. The Court held whether or not the risk was obvious to a person in the position of the Plaintiff, the risk must be assessed objectively by attributing to the Plaintiff an adult’s knowledge of the bathroom and conditions possessed by the Plaintiff at the time. The Plaintiff’s actual knowledge of the risk was not relevant, except to the extent that how she acquired that knowledge may assist in the determination of the forward looking inquiry as to whether the risk would have been obvious to a reasonable person in her position.

He was satisfied that a reasonable person in the position of the Plaintiff would have known that a dry, polished concrete floor is safe to walk on in bare feet whereas a wet, polished concrete floor presented a moderate to high risk of slipping in bare feet. She also knew that a larger than normal amount of water had fallen and accumulated on the polished concrete bathroom floor and on other areas of premises. On leaving the bathroom for bed, the floor was wet, the bathmat sodden and hung on the towel rail and to make the wet area of the floor safe it would have been necessary to put down a bathmat (even a wet one) or towel to provide a nonslip surface to stand and walk on. The judge said these were all matters of common knowledge and patent to adults who use bathrooms regularly for washing, bathing and showering. He was satisfied that the risk was an obvious risk. Accordingly, the Defendants did not owe the Plaintiff a duty of care to warn her of that obvious risk.

Nevertheless the Court went on to consider whether the Defendants had breached their standard of care by not taking precautions against a foreseeable risk of injury. The Court held there was a foreseeable risk (as conceded by the Defendants), namely a medium to high slip risk to someone walking on the floor in bare feet without a bathmat or nonslip surface in place. The Court said if it was wrong in its conclusion that the risk was obvious and there was a duty to warn, then it would have been reasonable for the Defendants to warn the Plaintiff that the concrete floor of the premises would be slippery when wet. Nevertheless, the Court had held that the risk was obvious.

The remaining balance of the pleaded allegations of negligence was that the Defendants failed to provide sufficient bathmats, failed to adjust the smoke alarm, failed to install a grab rail and otherwise failed to take steps to ensure the floor was nonslip. The Court held it was not a reasonable response to the risk for the Defendants to install a grab rail. It was not a reasonable response for the Defendants to have done anything more than they did in relation to smoke alarm as the premises were built by a builder with a good reputation and more importantly, in compliance with plans lodged with the Shire. There was no evidence that the smoke alarm was faulty or had a history of failures or similar problems.

Whether faulty or not, the risk of the Plaintiff slipping on a wet bathroom floor by reason of triggering of the smoke alarm was not reasonably foreseeable.

It was not a reasonable response to make the bathroom floor permanently nonslip by application of a commercial anti-slip coating or by grinding the floor to roughen it. Even accepting that such measures could be undertaken at a reasonable cost, it was not reasonable to do so and would change the aesthetic of the bathroom.

The claim against the Defendants was dismissed on this ground also.