First successful prosecution of a Commonwealth PCBU after defended hearing

Maxine is a safety and disputes lawyer works with private and public sector clients, including employers and insurers. She leads our State Compensation team in Canberra.

Emma is an experienced workplace lawyer who advises on employment and work health and safety (WHS) issues for clients in diverse sectors, including mining, transport, financial services, insurance, health care and government. 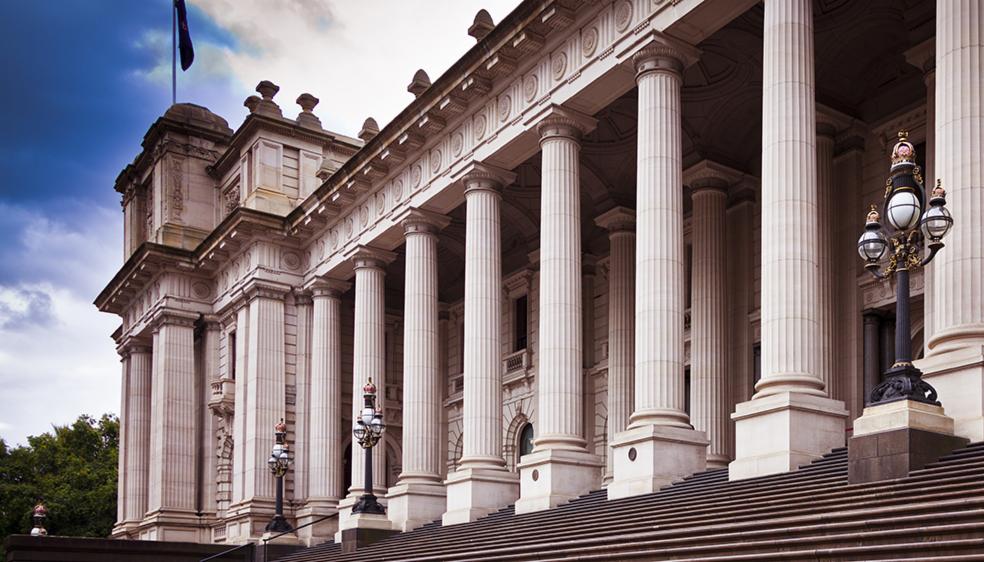 The Australian Antarctic Division (AAD) is a Commonwealth agency within the Department of Environment and Energy (Department). It is tasked with the advancement of Australia’s strategic, scientific, environmental and economic interests in Antarctica.

The Commonwealth, through the then Department of Sustainability, Environment, Water, Population and Communities, engaged HeliRes to provide logistic support, including helicopters and pilots to the AAD in the Australian Antarctic Territory (AAT). HeliRes pilots were deployed to work from and around Davis Station.

On 8 and 28 December 2015, pilots were directed to transport drums of aviation fuel to sites on the West Ice Shelf. In accordance with federal civil aviation orders, the pilots flew without passengers, and with drums slung on long lines below their helicopters. On each occasion after landing at the fuel sites, the pilots walked between the fuel drums to retrieve transport lines and hooks.

On 11 January 2016, helicopter pilot David Wood was performing a routine aviation fuel drop with a colleague on the Western Ice Shelf in the AAT. While walking across the ice at a fuel cache, Mr Wood fell into a hidden crevasse located directly beneath the helicopter tail. Mr Wood was not wearing transport survival gear issued by AAD at the time. Despite prolonged resuscitation attempts, he later tragically died from hypothermia.

The Commonwealth and HeliRes were both charged with breaches of the Work Health and Safety Act 2011 (WHS Act) in relation to the duties owed to the pilots who undertook those flights.

The Commonwealth, acting through its responsible agency, the Department, was conducting a business or undertaking in Antarctica at various sites including the fuel cache site where the fatal incident in 2016 occurred. The Court observed that the fuel sites were used to store the Commonwealth’s fuel for the Commonwealth’s purposes.

Application of the Commonwealth WHS Act to HeliRes

Both the Commonwealth and HeliRes were charged with three counts of failing to comply with health and safety duties to workers pursuant to s 19(1) of the WHS Act, in that they failed to ensure, so far as reasonably practicable, the health and safety of workers while they were utilising or establishing fuel cache sites on the West Ice Shelf operating out of Davis Station on 8 and 28 December 2015 and 11 January 2016.

The particulars of the charges were very detailed and substantially similar as against each Defendant.

As against the Commonwealth, the prosecution relevantly alleged it failed in its duty by permitting workers to land helicopters and walk on ice surfaces without first assessing the sites, in circumstances where this was unsafe due to the possible presence of hidden crevasses.

A cascading series of reasonably practicable measures the Commonwealth could have allegedly taken included:

The Court found that each step was reasonably practicable for the Commonwealth to undertake, noting that although HeliRes and its pilots were subject matter experts (SME) with significant aviation experience (including Antarctic experience) the AAD:

A separate charge regarding the failure to require pilots to wear personal protective equipment (PPE) at all times was unsuccessful. The Court considered this was not reasonably practicable because bulky PPE would obstruct vision during sling load operations and was too warm to wear inside the helicopters.

As against HeliRes, the charges were not sustained.

The decision also demonstrates the high standard of care expected under the WHS Act to provide and maintain safe systems of work, particularly for work undertaken in extreme and variable working environments.

We will keep you informed as further updates come to light.

We would like to acknowledge the contribution of Sam Jackson and Susan Withycombe-Taperell.