Dismissed for tweeting is reasonable administrative action under SRC Act

Kristina is the National Service Line Leader for the Commonwealth Statutory Classes team. She is one of the most experienced lawyers in this jurisdiction and is a member of the Law Council of Australia’s Commonwealth Compensation and Employment Law Committee. 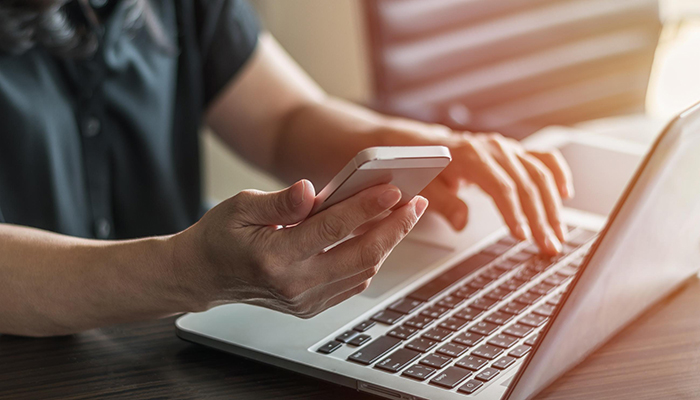 This case has attracted significant interest as it involved the termination of employment of Ms Banerji, a former Commonwealth employee, after an investigation revealed she used a Twitter account to broadcast more than 9,000 tweets, many of which were critical of the Department that employed her, Department employees, Departmental policies and administration, Government and Opposition immigration policies and members of Parliament.

The High Court considered whether certain provision of the Public Service Act 1999 (Cth) imposed an unjustified burden on the implied freedom of political communication, with the result that the termination of Ms Banerji's employment for breaching the Australian Public Service (APS) Code of Conduct was not reasonable administrative action taken in a reasonable manner with respect to her employment, and therefore not within the exclusion in
s 5A(1) of the Safety, Rehabilitation and Compensation Act 1988 (Cth) (SRC Act).

While this is an appeal from a decision made under the SRC Act involving s 5A(1) of that Act, this High Court decision does not provide any further significant guidance on the reasonable administrative action provisions in a post-Martin world.

Ms Banerji claimed compensation under the SRC Act for an aggravation of an underlying psychological condition arising out of the termination of her Commonwealth employment.

Comcare disallowed Ms Banerji’s compensation claim because it found that the termination of her employment was reasonable administrative action taken in a reasonable manner in respect of her employment within the meaning of s 5A(1) of the SRC Act, and, consequently any injury she may have suffered was not an "injury" within the meaning of the SRC Act.

At first instance, the Administrative Appeals Tribunal set aside Comcare’s decision and instead decided that Ms Banerji suffered an injury as defined in the SRC Act and the exclusionary provisions of s 5A did not apply because the act of termination of her employment “unacceptably trespassed on the implied freedom of political communication” and therefore “was unlawful, and ipso facto cannot be reasonable administrative action”. This was despite the Tribunal’s characterisation of some of Ms Banerji’s tweets as “intemperate, even vituperative, in mounting personal attacks on government and opposition figures”.

On appeal, the High Court found against Ms Banerji and at [19] decided that “the Tribunal decided the matter, erroneously, on the basis “that the use of the Code as the basis for the termination of Ms Banerji's employment impermissibly trespassed upon her implied freedom of political communication””.

Ultimately the High Court held that the relevant Public Service Act provisions had a purpose consistent with the constitutionally prescribed system of representative and responsible government, namely the maintenance of an apolitical public service. The Court also decided that these provisions of the Public Service Act were reasonably appropriate and adapted or proportionate to their purpose and accordingly did not impose an unjustified burden on the implied freedom.

The High Court decided that “due to the way in which [Ms Banerji] conducted her case before the Tribunal, [she] must be taken to have accepted that her conduct in broadcasting the "anonymous" tweets was conduct which failed to uphold the APS Values and the integrity and good reputation of the APS within the meaning of s 13(11), and that, but for the implied freedom, the sanction of dismissal was warranted” [at 46].

What does this mean?

From the perspective of s 5A(1) of the SRC Act, it is significant that the High Court found that, because of the way her case was presented to the Tribunal and the Court, Ms Banerji must be taken to have accepted that her conduct in broadcasting the tweets was conduct that, but for the implied freedom, warranted the sanction of dismissal.

This case highlights that if employers are considering disciplining employees for their social media presence, they will need to ensure they have strong social media policies that address what is expected and required of employees’ behaviour outside of work hours. Furthermore, employers must make sure their employees are aware of these social media policies and that they are regularly and appropriately informed of, and trained on, the consequences for failing to comply with these policies.