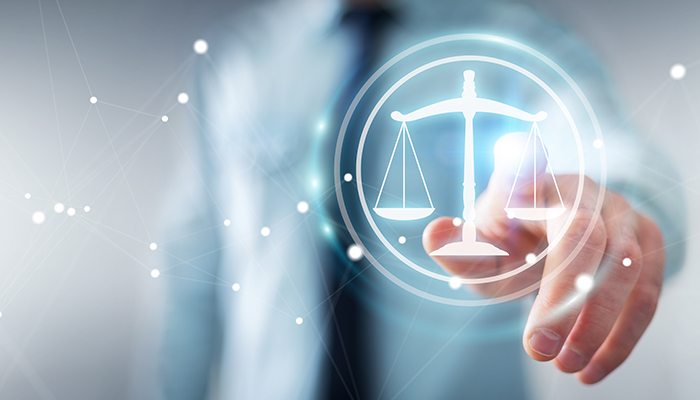 Over the course of 2020 and 2021, Australia has now seen two significant test cases brought before the Courts, both looking at the scope and operation of business interruption insurance policies (BI policies) in the context of the current COVID-19 pandemic and the necessary associated state and federal government action taken to control the spread of the disease throughout the country.

The first of these test cases examined the operation of certain exclusion clauses within BI policies relating to communicable diseases and sought to clarify if an exclusion clause was operative or otherwise where it relied upon quarantine legislation that no longer existed. The second and most recent test case examined the operation and scope of a number of differing insuring clauses within a range of BI policies typically available in the Australian insurance market, and usually aimed at SME business operators.

While it is the second test case that has been the subject of most recent discussion—having been handed down on 8 October 2021, it is of benefit to deal briefly with the first test case and then consider the second test case, which though robust in its findings, is to be appealed to the Full Court of the Federal Court and will be heard in early November 2021. A decision is anticipated by the end of the year.

In short, there is now a settled position in Australia on the operations of exclusion clauses within business interruption policies in the context of the COVID-19 pandemic. The situation in respect of the operation or otherwise of insuring clauses, however, remains in doubt, if only due to the fact that the matter is soon to be heard by the Appeal Court of the Federal Court—and potentially may make its way the High Court of Australia. It is hoped for all concerned, insureds, insurers and insurance brokers, and indeed the community as a whole that the final answers will soon be forthcoming, especially so that outstanding claims held in abeyance for some time can be properly assessed.

On 18 November 2020, the NSW Court of Appeal found effectively in favour of certain insureds, when it held that an exclusion clause in certain BI policies that referred to essentially repealed legislation was ineffective. Special leave to appeal to the High Court on this point was refused on 25 June 2021, and such that the judgment of the Court of Appeal stands.

By way of background, following the SARS epidemic in South East Asia in the mid-2000s, Australian insurance regulators became concerned with the prudential ability of Australian insurers to deal with BI losses, where those business losses were as a direct result of the outbreak of disease and infection. It was with some foresight that Australian regulators saw a possible future where Australia may suffer from a similar health crisis to the avian flu as experienced by our near neighbours. The stress test indicated that in all likelihood, Australian insurers did not have the ability to meet such losses, which in many ways were uninsurable due to pricing and rating matters.

Accordingly, as a direct result of these findings, insurers sought to introduce exclusion clauses, which carved out cover for BI losses sustained subsequent to a declaration under the then Quarantine Act (1908). Problematically, by the time of the declaration of the COVID-19 pandemic in around February 2020 and potential losses arising from that outbreak, the Quarantine Act had been replaced by the Biosecurity Act 2015. In simple terms, for all claims made under BI policies a critical threshold issue was the efficacy or otherwise of an exclusion that referred to outdated legislation.

In a win for insureds, the NSW Court of Appeal held that such exclusions were inoperable, regardless of the intent or otherwise of the terms of insurance being offered by underwriters.

The High Court of Australia refused to grant special leave to appeal on the point, and as such, the NSW Court of Appeal decision stands as law on the matter.

Having dealt with the operation or otherwise of certain BI exclusion clauses, questions still remained as to the proper interpretation and application of a number of typical insuring clauses offered in standard BI policies in Australia, and ones usually offered to SME businesses, such as restaurants, cafes, gyms, and the health, travel and hospitality industries. It was these insuring clauses that were examined in a first instance judgment of the Federal Court handed down on 8 October 2021, which this time essentially saw a win in favour of insurers.

The second test case: BI Insuring Clauses in the context of COVID-19: matters of proximate cause

In a hearing involving a number of Australian leading insurers as applicants and a selection of 10 insured respondents, as a sample test case, Justice Jagot of the Federal Court examined a number of standard insuring clauses that afford cover in a range of BI policies common to the SME market. In essence, her Honour closely examined in a very lengthy decision the application and operation of BI policies in the context of the effect of COVID-19, specifically including actions taken by state and federal governments to control the spread of the disease.

While careful to note that no two policy holders will experience the same identical factual circumstances, her Honour believed that she was examining four general types of BI insuring clauses, which could be categorised as follows:

Prevention of access clause: those clauses that provide cover for loss from orders or actions of a competent authority preventing or restricting access to insured premises because of damage or a threat of damage to property or persons—and often within a specified radius of the insured premises.

Catastrophe clause: those clauses that provide cover for loss resulting from the action of a civil authority during a catastrophe for the purposes of retarding the catastrophe.

Her Honour found that, save for one of the test cases in respect of a disease clause, the insuring clauses did not apply to the matters before her for detailed reasons, but generally because the Federal Court found that the relevant closure or restriction orders made by the state and federal governments were not made as a direct result of disease, damage or threat of damage at or near the insured’s premises. As stated, although the actions of the authorities applied to the premises or situation, it could not be said that the orders were made as a proximate result of any circumstance at the actual premises or within the relevant specified radius.

In short, the insuring clauses did not respond as none of the government orders were made as a result of the particular presence or outbreak of COVID-19 actually at the insured’s actual premises.

In addition, as the catastrophe clause, the Court found that COVID-19 was not a catastrophe in the context of the policies under review.

Subject to one respondent, the overall result was a win for insurers.

The first test case is now settled law. In respect of the application or otherwise of certain exclusion clauses in BI policies, a reference to outdated legislation will render the clause inoperative. As to the second test case, the final answer in relation to the operation and scope of BI insuring clauses is still yet to be finalised.

At last week’s first instance judgment, her Honour gave a thoughtful, lengthy and robust judgment that essentially found in favour of insurers. The matter will continue, however, as an appeal has been listed to be heard by the Federal Court starting 8 November 2021. The Federal Court has indicated that it is hoped that its decision on the appeal will be delivered by year’s end.

However, this may not be the end of the matter. Given the importance of the matters under consideration to the whole of the community, it is highly likely that any unsuccessful party will seek leave to appeal the matter to the ultimate appeal court—the High Court of Australia. It is impossible to say whether the High Court would grant such leave.

While it is understandably and deeply concerning that many insureds remain in a state of limbo as to whether their policies respond or not, the insurance industry has to be commended both on the initiatives it has taken on the test cases and the alacrity with which these cases have been brought. The courts too have shown a high regard and a keen understanding of the insurance issues at play. If anything, utmost good faith seems in a relatively healthy state, especially given these two recent case law vaccinations.

We will continue to monitor the situation and report in due course—watch this space.

If you have any questions or need assistance, please feel free to contact Partner Mark Doepel.