Competition and consumer law enforcement and compliance priorities for 2021 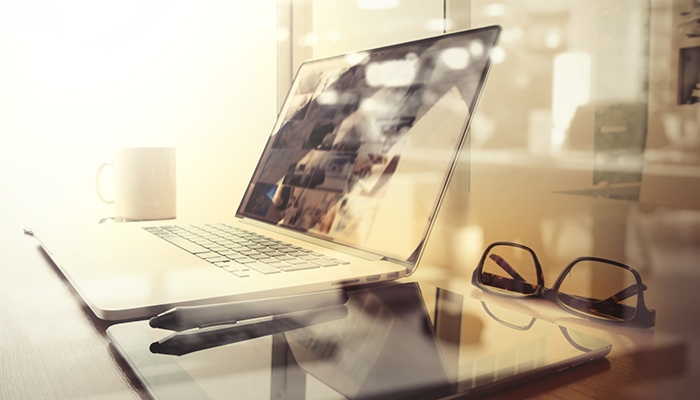 Australian Competition and Consumer Commission (ACCC) Chairman Rod Sims (Mr Sims) announced on 23 February 2021 the Commission’s enforcement and compliance priorities for 2021. This annual tradition signals publicly the industries, markets, and issues likely to face scrutiny from the ACCC in the year ahead.

Mr Sims noted that the ACCC has had to be flexible with its priorities, with the need to refocus over the past year in the context of the COVID-19 pandemic.  Although it has delivered on many of its 2020 priorities, there is still some unfinished business that will carry through into 2021.

In the COVID-19 context, the ACCC diverted a large portion of its resources to handle the swift but careful authorisation of cooperation between businesses in circumstances that would not normally be permitted.

Mr Sims highlighted several significant court proceedings and prosecutions underway, including several important competition cases occupying a large portion of the ACCC’s resources.  He also signalled a very full pipeline of cartel matters and confirmed the ACCC’s intention to run at least two or three such cases each year.  Mr Sims confirmed that the ACCC’s decisions about whether to pursue civil or criminal proceedings will depend on how egregious the conduct is considered to be and the size of its economic impact, in order to send the right signals to the community.

Additionally, the ACCC has continued to run a large number of consumer and fair trading cases.

Mr Sims explained that the ACCC has not yet seen a significant increase in merger and acquisition activity involving companies in financial distress, demonstrating that the economy has held up better than expected.  He did, however, note the risks for financially distressed businesses contemplating sale in approaching their major competitors as potential purchasers, which he said will attract very careful attention from the ACCC.

Pricing and selling of essential services—particularly in energy and telecommunications

The ACCC believes it sees far too many cases relating to the pricing and selling of essential services, particularly in the telecommunications and energy sectors, and expects this to continue in 2021. This means that essential services remain a continuing area of focus for the ACCC in 2021.  Specifically, the ACCC will be actively monitoring compliance with the new requirements for electricity retailers to pass on significant reductions in wholesale electricity costs.  The ACCC expects to see a considerable fall in consumer electricity prices.

Mr Sims once again referred to the ACCC’s concerns about the use of significant market power to bundle services and block new entrants to the funeral services market, lack of transparency, and unconscionable conduct by funeral service businesses. He expects targeted action against funeral businesses this year.

The commercial construction sector has been an area of focus for a number of years and remains so this year. The ACCC’s specialist enforcement team will continue to investigate and bring proceedings, especially for illegal boycotts and cartel activity.  In particular, the ACCC is concerned about the effect of anti-competitive conduct in large public and private projects and its impact on small business.  There are already several cases underway and Mr Sims expects more to be announced over the course of the year.

The ACCC will continue to promote competition and investigate anti-competitive conduct in the finance sector.  Mr Sims mentioned that the ACCC will remain active in the home loan industry, following through with its recommendations following the Home Loan Price Inquiry concluded in December 2020.  There are also many important competition investigations underway in the finance sector, which the ACCC expects to result in enforcement outcomes in the next few months.

Mr Sims noted that the ACCC is also alert to potential contraventions of the laws around debt collection as the economic impact of the COVID-19 pandemic plays out.

The ACCC’s COVID-19 Enforcement Task Force will be monitoring forward sales practices by businesses in the travel sector, due to concerns about misrepresentations in advertising and marketing material and the need for clarity for consumers purchasing future travel products and services where there remains the potential for travel restrictions.

The Government continues to be concerned about the impact of COVID-19 on the domestic aviation sector, and the ACCC will be monitoring and reporting to the Government on prices, costs and profits in that sector.  Mr Sims also mentioned the ACCC’s role in promoting competition in the aviation industry, including its intention to closely monitor any market access issues in the entry by Regional Express (Rex) into major domestic routes.

The ACCC remains focussed on ensuring small businesses receive the benefit of the protections in competition and consumer laws. Meanwhile, the ACCC will be addressing reports of misleading conduct in franchising.

Agriculture is another ongoing priority for the ACCC, with its specialist unit expected to work on compliance with the Dairy Code and Horticulture Code in 2021. Mr Sims sees a focus on unfair practices in the supply of perishable agriculture products.

In a continuing priority from 2020, the ACCC expects to use the results of enforcement of consumer guarantee breaches in relation to motor vehicles and caravans to achieve “industry behavioural change”.  Mr Sims noted the ACCC’s intention to pursue law reform in 2021 to make non-compliance with the consumer guarantees illegal, enabling the ACCC to take enforcement action.

In response to several horrific deaths and injuries to children caused by button batteries, the ACCC will be implementing an education program around the world-first regulation of button batteries to ensure consumer products have battery compartments inaccessible to children.

There continue to be significant safety issues with quad bikes, causing or contributing to the deaths of 23 people in 2020.  The ACCC will be working with state and territory authorities to conduct surveillance of compliance with the new mandatory safety standard for quad bikes in the coming year.

Digital platforms were a focus in 2020, with the ACCC commencing high profile consumer actions against Google and Facebook. Mr Sims confirmed that several investigations are underway in this area, and that the ACCC’s principal concern continues to be around market power issues. Adtech and apps markets will be targeted in 2021.

The ACCC will continue its advocacy on a range of consumer issues.  Mr Sims pointed to what he sees as deficiencies in the current consumer laws needing attention, including making contraventions of the consumer guarantee laws illegal (along with unfair contract terms), and introducing a prohibition on unfair trading practices.

Mr Sims specifically addressed the ACCC’s concerns about Australia’s merger control regime.  Noting the importance of ensuring that competition is not eroded via mergers, he said the ACCC is increasingly concerned that the merger control regime is not fit-for-purpose. As the current forward-looking merger test (which focuses on what is likely to happen in the future with and without the acquisition occurring) is difficult to prove in court and open to manipulation, Mr Sims said that this approach overlooks likely competition effects and is skewed towards clearing mergers and acquisitions.  The ACCC believes that there needs to be a rebalancing to assist it in preventing anti-competitive mergers and acquisitions and will be exploring law reform options in this complex area over the next year.

Here’s Chairman Rod Sims’s speech announcing the 2021 priorities and the ACCC’s summary of its priorities.