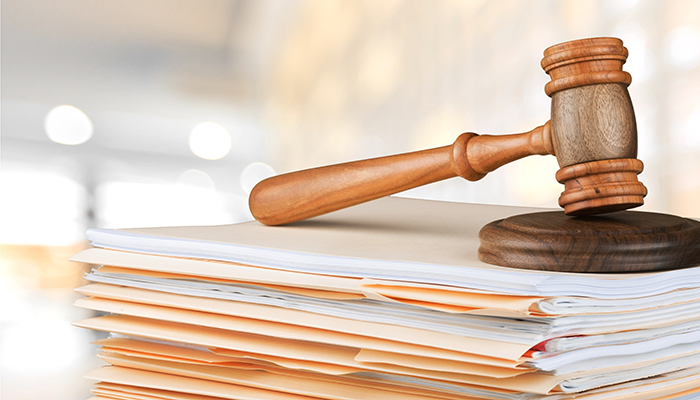 The NSW Court of Appeal in Dungan v Padash [2021] NSWCA 66, has clarified the court’s position on evidentiary requirements in respect of motor vehicle accidents where the claimant has a pre-existing condition, or a psychiatric condition linked to the accident.  Please view the full decision here.

The Plaintiff suffered aggravation of a pre-existing lower back condition, as well as a consequential psychiatric condition, as a result of a rear end collision on 30 November 2016. Liability was admitted by the Defendant, and the matter proceeded to an assessment of damages in the District Court before his Honour Judge Abadee (his Honour).

His Honour accepted the Defendant’s argument and evidence that the Plaintiff was not a witness of truth, and that the physical effects of the accident had subsided within a year. However, his Honour whilst accepting that the Plaintiff’s adjustment disorder was ”inextricably linked” to his physical condition, found the Defendant liable for the ongoing effects of that psychiatric condition. In doing so, his Honour noted that there was no evidence to show that a cessation of physical morbidity would result in an abatement of psychiatric symptoms.

The Defendant appealed against his Honour’s judgment.

The appeal was heard by White JA, McCallum JA and Emmett AJA.

The Plaintiff argued that the primary judge incorrectly found that the effects of his accident-related physical injuries had ceased. The Court of Appeal disagreed.

In view of evidence suggesting that the Plaintiff suffered from pre-existing degenerative changes, the question was one of causation.

In this regard, the principles in Watts v Rake [1960] HCA 58 and Purkess v Crittenden [1965] HCA 34 were relevant. These cases dealt with the evidentiary onus imposed on a defendant when alleging that some other factor, other than their own negligence, was the cause of a plaintiff’s losses.

“If the disabilities of the plaintiff can be disentangled and one or more traced to causes in which the injuries he sustained through the accident play no part, it is the defendant who should be required to do the disentangling and to exclude the operation of the accident as a contributory cause. If it be the case that at some future date the plaintiff would in any event have reached his present pitiable state, the defendant should be called upon to prove that satisfactorily and moreover to show the period at the close of which it would have occurred.”

This requires a defendant to disentangle the plaintiff’s pre-accident conditions, but the onus of proof ultimately rests with a plaintiff to prove they have suffered a loss caused by the accident. Barwick CJ, Kitto and Taylor JJ, in Purkess v Crittenden clarified Watts v Rake and said:

“… it was stressed that both the pre-existing condition and its future probable effects or its actual relationship to that incapacity must be the subject of evidence (i.e. either substantive evidence in the defendant's case or evidence extracted by cross-examination in the plaintiff's case) which, if accepted, would establish with some reasonable measure of precision, what the pre-existing condition was and what its future effects, both as to their nature and their future development and progress, were likely to be. That being done, it is for the plaintiff upon the whole of the evidence to satisfy the tribunal of fact of the extent of the injury caused by the defendant's negligence.”

The Defendant argued that the primary judge, in finding that the Plaintiff’s accident-related physical injuries had resolved and that his psychiatric condition was linked to those physical injuries, ought to have also found that any continuing psychiatric symptoms were not related to the accident and accordingly compensable.

White JA allowed the appeal, and entered judgment for the sum of $41,965.65, being the losses incurred in the one-year period following the accident as agreed upon by the parties.

Although her Honour McCallum JA (her Honour) stood alone in dissent, the reasons for her allowing the appeal are important.

McCallum JA cited Watts v Rake and Purkess v Crittenden and considered that the Defendant had not discharged the evidentiary onus imposed on them to show that ongoing losses stemming from the Plaintiff’s psychiatric condition were not related to the accident. Importantly, her Honour highlighted that:

“… there was no evidence excluding the operation of the motor vehicle accident as a contributory cause to the persistent psychiatric condition described by Dr Jungfer,  …and which his Honour accepted was causative of a diminution in the [plaintiff’s] capacity to work.”

In view of the lack of evidence in this regard, McCallum JA considered the primary judge was entitled to find that the Plaintiff’s ongoing psychiatric condition was wholly accident-related.

If you would like to talk about this decision please contact Ian Jones, Partner, from our CTP Team.

We would like to acknowledge the contribution of Sebastian Huynh.