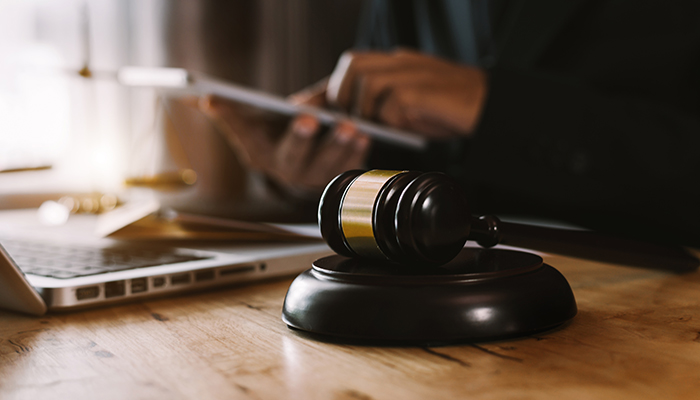 On 11 June 2020, the first conviction and sentence for a charge of industrial manslaughter was imposed in the Brisbane District Court.

Brisbane Auto Recycling Pty Ltd (BAR) operated an auto wrecking business.  On 17 May 2019, a worker, Mr Barry Willis was struck by a reversing forklift being operated by another worker.  Mr Willis died the following week from the injuries he sustained.  The incident was captured on CCTV and viewed by the sentencing Judge, His Honour Judge Rafter SC.

BAR was the first company to be prosecuted for the offence of industrial manslaughter under s 34C of the Work Health and Safety Act 2011 (Qld) (Act).  BAR was convicted and fined $3,000,000.

Two directors of BAR, Mr Asadullah Husseini and Mr Mohammad Ali Jan Karimi (directors) were each charged with an offence of reckless conduct under s 31 of the Act—not with industrial manslaughter.  Although not the first prosecution in Queensland for an offence of reckless conduct, it is an offence that is infrequently prosecuted in this jurisdiction.  Each director was convicted and sentenced to 10 months’ imprisonment, wholly suspended for 20 months, meaning they were not sentenced to serve actual custody.

Undoubtedly, there is a growing dissatisfaction concerning the quantum of the fine and that the directors were not sentenced to actual custody imprisonment.  This perception, rightly or wrongly, needs to be viewed through a consideration of the facts of the case, the submissions by the prosecution and defence representatives and well-established sentencing principles.

It also remains to be seen what these penalties mean for companies, directors and workers.  It is necessary to bear in mind the procedural background of the matter and the facts particular to this case before concluding the appropriateness of the sentences and the implications for workplace health and safety.

Industrial manslaughter and reckless conduct both attract maximum penalties of imprisonment—20 years’ and 5 years’ respectively—as well as significant fines.  Both offences are defined in the Act as a “crime”, which means the offence must be prosecuted on indictment in the District Court.  Proceedings commence in the Magistrates Court and the accused will then committed to the District Court for trial or sentence.  Given that BAR entered a plea of guilty to industrial manslaughter at the committal stage (via the process known as a registry “on the papers” committal), the strength of the prosecution case, including through the cross-examination of witnesses, was not tested in a committal hearing.

Following the presentation of the indictment in the District Court, the matter was listed for sentence  meaning no pre-trial arguments were made about the sufficiency or admissibility of the evidence and no judicial consideration was required.  If the matter had been defended at trial, a jury would have determined whether BAR was guilty or not guilty.

From what has been published about the incident, including the judgment, it appears that pleading guilty was an entirely appropriate course given the evidence against the company was overwhelming.  It is well-established that entering a guilty plea at an early stage is indicative of remorse and contrition and warrants a reduction on the penalty that would otherwise have been imposed.

At sentence BAR was convicted and fined $3,000,000.  The determination of the fine was a matter of judicial discretion exercised in accordance with established sentencing principles, which are considered in more detail below.

The maximum penalty for industrial manslaughter is $10,000,000; no minimum penalty is prescribed.  Given this was the first instance in which a company was convicted of such an offence following a guilty plea, there was no yardstick in Queensland against which to compare the offending conduct.  The maximum fine would likely be imposed for the most egregious offending in which multiple fatalities occurred.  In the given circumstances of this case, a fine that amounts to nearly one-third of the maximum penalty is not a surprising outcome.

The period of offending was nearly 18 months during which no safety systems were in place at the workplace.  By their guilty pleas, the directors accepted that they knew of the risk to the safety of their workers, but consciously disregarded that risk.

Before considering the sufficiency of the sentences imposed, there are two key issues to note::

The penalties imposed on the directors—10 months’ imprisonment wholly suspended for 20 months—has already attracted, and will inevitably continue to attract, criticism as being too lenient.    As indicated above, however, the unique circumstances of the matter put the directors in a position where a penalty of actual imprisonment was available.

Under the Penalties and Sentencing Act 1992 (PS Act), applicable to all sentencing proceedings in Queensland including those under the Act, there are several principles that the sentencing Judge had to consider when sentencing the directors:

The unique personal circumstances of the directors were integral to the Judge’s assessment of the sentence to be imposed.  Both directors are refugees with traumatic backgrounds, young men with no prior convictions, have young families and dependants, and risk the prospect of deportation as a result of a criminal conviction.  These issues, in conjunction with an early guilty plea and good prospects of rehabilitation, were considered by the Court to be significant mitigating factors.

Significance of this case

While debate continues about the efficacy of these new laws, and their place in the general safety and broader regulatory landscape, especially when it comes to deterrence – a debate that as we see it is set to continue for some time yet, the fact remains the proceedings are entirely in the criminal realm and can result in severe consequences.

With respect to industrial manslaughter, given the elements of the offence were not challenged in this case, and the strength of the prosecution case was not tested in open court, the offence is yet to be fully and judicially scrutinised at trial.  As for the sentence imposed on BAR, it may serve as a useful precedent in future cases where a person conducting a business or undertaking pleads guilty to a charge of industrial manslaughter.  It remains to be seen how frequent this charge will be prosecuted in a workplace accident involving a fatality.

This decision, with respect to the reckless conduct, demonstrates the importance of thoroughly and systematically addressing the relevant sentencing considerations to enable the prosecution and the court to fully consider the mitigating factors of the accused.  For a court to properly exercise leniency, particularly in a case where actual imprisonment is not only a potential outcome, but possible, it is imperative to be meticulously prepared, for the representatives to be experienced in the relevant sentencing regime and criminal law in general.