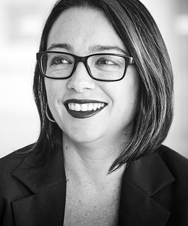 Shannon has more than 10 years' experience, predominantly in the insurance industry, working with defendants and large self-insurers.

Shannon also assists senior members of her team with all aspects of claims management, in addition to her own file load. She understands the sometimes conflicting interests of her clients and has learnt how to balance these while taking a commercial approach to her matters.

Shannon graduated from the Queensland University of Technology in 2004 with a Bachelor of Laws and Bachelor of Justice Studies. She undertook two years of articles of clerkship and was admitted in December 2006.

Shannon began her legal career in Brisbane, spending her first five years in a small general practice, which exposed her to many different areas of law. She then moved to Darwin to work at a defendant law firm and began developing her skills in personal injury practice. Shannon returned to Brisbane in 2015.

Shannon loves live music and attends as many concerts as possible. She's an avid rugby union fan and won't hesitate to tell you all about her trip to the World Cup in New Zealand in 2011. A keen traveller, Shannon follows the Dalai Lama's advice of visiting at least one new place every year.