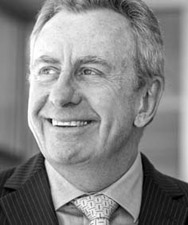 Richard is a Consultant in the Corporate & Commercial team. He acts for corporate entities, public authorities, insolvency practitioners and other professional firms on the management and resolution of commercial disputes.

Richard was acknowledged as a leading restructuring and insolvency lawyer in the 2017 Legal 500 Asia Pacific directory and recognised in AsiaLaw's 2015 guide. Australasian Lawyer also nominated Richard as a leading lawyer in 2014. On 26 January 2018, Richard was appointed a Member of the Order of Australia (AM) for "significant services to the community of the Hunter, to business development and medical research, and to the law".

What he does
Richard focuses on resolving disputes in the construction, engineering, infrastructure and transport sectors, as well as advising insolvency practitioners and corporate clients on insolvency and restructuring issues, and contract and corporate law issues.

He has acted as an adjudicator of claims under the Building and Construction Industry Security of Payment Act 1999 (NSW) and as a mediator. Richard is also a legal correspondent in the Port of Newcastle for a number of the P&I Clubs in the International Group, and represents the interests of their shipowner and charterer members. In this role, he represented the interests of the owners of the Pasha Bulker, which ran aground off Newcastle in 2007.
Who he works with

Richard works with a variety of corporate clients and individuals, state-owned corporations and government agencies, insolvency practitioners and other professional services firms. He also advises principals, contractors and consultants in the construction sector.

Work done recently
What his clients say
"Richard personally managed the legal and contractual matters associated with the Hunter Medical Research Institute [HMRI] Building. The long-term nature of this project benefited from the continuity provided by Richard's personal interest in seeing the project to fruition." Hunter Medical Research Institute, when awarding Richard the Exceptional Service pin in recognition of his exceptional and sustained contribution towards important aspects of the HRMI's activities.

"Sparke Helmore Lawyers effectively covers the mid-cap sector and features the recommended Tim Castle as well as Richard Anicich, who 'can take control in a measured manner and has a strong commercial and technical acumen'." – Restructuring and Insolvency, The Legal 500 Asia Pacific 2016
Qualifications

Richard has a Bachelor of Commerce (Accounting, Finance & Systems) and a Bachelor of Laws Degree from University of New South Wales.

He is an accredited mediator, a Fellow of the Australian Institute of Company Directors (AICD) and a public notary.

In February 2014, Richard was appointed as a Conjoint Professor of Practice at the University of Newcastle's School of Law.

Richard is active in the business community. He is a Director of the Hunter Business Chamber and was its President from 2011 to 2014 and is also Chair of the AICD Hunter Committee. He is a member of the Advisory Boards for the School of Law and for the Faculty of Business and Law at the University of Newcastle. He is a Non-Executive Director of Hunter Primary Care Ltd and of Rural and Remote Medical Services Limited.

Richard spends his spare time with family and friends. He enjoys travelling, snow-skiing, swimming in the local ocean baths, bushwalking and trying to keep fit. His trekking challenges have included successfully climbing to the summit of Mt Kilimanjaro and participating in a Larapinta Trail trek with the University of Newcastle, which raised $150,000 to support equity for Indigenous education and health through scholarship and research.