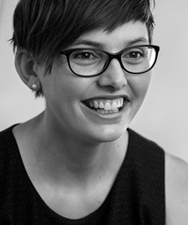 Leith is an advocate and litigator, specialising in administrative law.

Leith represents Commonwealth agencies in merits and judicial review matters before the Administrative Appeals Tribunal, Federal Circuit Court and Federal Court. She has also undertaken a six-month secondment for a Commonwealth client.

Leith has a Bachelor of Laws (Honours) from the Queensland University of Technology.

Leith spent two and a half years as a Legal Officer for the Office of the Director of Public Prosecutions in Queensland, before moving to the United Kingdom where she worked as a litigator for the Government Legal Department on immigration matters in the Home Office.

When she returned to Australia, Leith spent another year as a Federal Prosecutor for the Commonwealth Director of Public Prosecutions prosecuting a wide variety of Commonwealth crime, including complex fraud and money laundering, before joining Sparke Helmore in 2016.

Leith is an avid rock climber, hiker and cyclist. On most weekends she is out exploring national parks.

In dull weather, she retreats to cafés to sip hot chocolate and plan her next adventure.