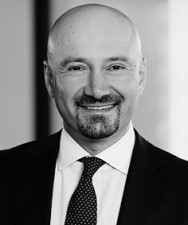 In 2017, Karwan was named Partner of the Year at the Lawyers Weekly Australian Law Awards. He is also listed in the AFR's Best Lawyers in Australia list for Immigration Law in 2019.

Karwan represents government clients in litigation and advises on matters such as vires and statutory interpretation. He conducts advocacy on a regular basis in various courts and tribunals.

Karwan began his legal career in New Zealand, where he worked in the local government team of a top-tier firm in Auckland. He subsequently practised as a solicitor in leading government practices in England before transferring to the Bar. He worked as a Barrister in London from 2010 until he joined Sparke Helmore.

Karwan is fascinated by language and culture. He is a keen traveller and linguist, thinks he is a good cook and is hopeful that he will one day manage to stand up on a surf board for more than a second!

High Court lays down the law on what is unreasonable

Copyright 2020 Â© Sparke Helmore. This publication is not legal advice. It is not intended to be comprehensive. You should seek specific professional advice before acting on the basis of anything in this publication.