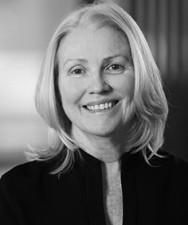 Bernadette is a litigator and advocate with more than 25 years' experience providing legal advice to the Commonwealth Government. She advises on merits review, judicial review and statutory interpretation, and represents clients before Royal Commissions and inquiries.

She has extensive knowledge of the Commonwealth's operating environment, including the requirements of the Legal Services Directions and, in particular, the obligation to act as model litigant.

Bernadette has a Bachelor of Commerce and Bachelor of Laws from the University of New South Wales. She also has a Graduate Certificate in Change Management from the Australian Graduate School of Management.

Bernadette began her career as a solicitor at the Australian Government Solicitor, where she acted for the Commonwealth in general litigation and debt recovery matters. She then worked in Sparke Helmore's Government team from 2000 to 2013.

Before re-joining Sparke Helmore in September 2017, Bernadette was Special Counsel at Mills Oakley where she worked in the Government and Administrative Law team. During this time she had carriage of hundreds of matters in the AAT, Federal Circuit Court and Federal Court.

Bernadette enjoys spending time with her large extended family. In summer you will find her at the beach and watching all forms of cricket.

How open are the Courts in the COVID-19?

Copyright 2020 Â© Sparke Helmore. This publication is not legal advice. It is not intended to be comprehensive. You should seek specific professional advice before acting on the basis of anything in this publication.