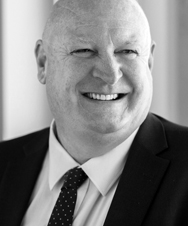 Tony practises in the firm's Insurance and Government Groups and has worked with the government sector for more than 35 years. He is an accredited mediator and has appeared on the Best Lawyers in Australia list for Government since 2013.

Tony assists government and private sector clients with litigated and non-litigated claims in tort or under statutory schemes. He has acted in equity and civil claims as well as for clients in administrative law, employment, health and safety, and workers' compensation matters. He provides advocacy training and has acted for witnesses in Royal Commissions.

Tony first joined Sparke Helmore in 2003. He practised at other national firms between 2006 and 2017, and returned to Sparke Helmore as a Consultant in 2017.

Before 2003, Tony was a Commonwealth public servant. He has also been an adviser to a federal cabinet minister, deputy registrar of the Administrative Appeals Tribunal and sat on the Social Security Appeals Tribunal.

Tony has been on the boards of various community and sporting organisations for many years. He has four children, three grandchildren and once operated his own bar in Istanbul, Turkey.