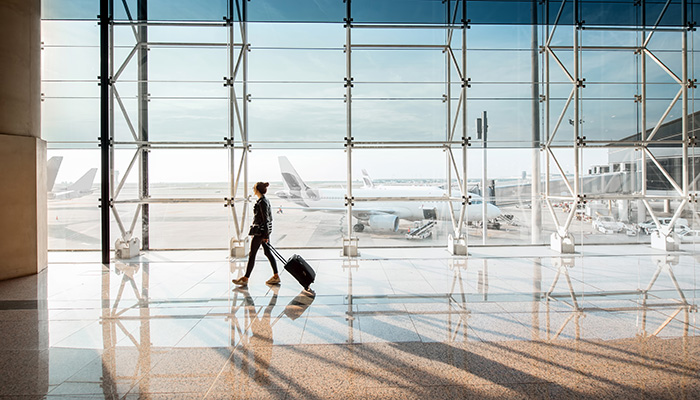 The recent decision by the Supreme Court of Western Australia – Court of Appeal in Briggs -v- Wachs - Pilbara (Hedland Health Campus) [2020] WASCA 11 (31 January 2020) looked at the interpretation of inconsistent clauses in the Workers’ Compensation and Injury Management Act 1981 (WA) that relate to the recoverability of travel expenses, meals and lodging associated with attending medical assessments.

It seems that our insurer clients will now be liable to pay all travel and ancillary expenses incurred by workers in attending whole person impairment (WPI) assessments, despite previous ambiguity surrounding common law assessments.

The appellant worker was ultimately granted leave to appeal the District Court decision of Briggs v WACHS – Pilbara (Hedland Health Campus) [2018] WADC 73 (primary decision), which had held the worker was not entitled to recover his travel, accommodation and meal expenses incurred in attending a medical appointment in Perth for the purposes of assessing his degree of permanent impairment pursuant to s 93L of the Act.

The worker had been employed as a registered nurse when he was assaulted in the course of his employment in 2016 allegedly sustaining a shoulder injury as a result of the assault. The claim was accepted and the employer began paying compensation and prescribed statutory expenses.

In February 2017, the worker drove from South Hedland to Perth and back to see an approved medical specialist to obtain a WPI assessment to determine whether he would be entitled to pursue common law damages against his employer.

Section 93L of the Act provides that a worker is only entitled to elect to retain the right to seek damages where the degree of WPI is not less than 15% (for a capped claim) or not less than 25% (for an uncapped claim).

A dispute arose about the employer’s liability to pay for the worker’s travel, accommodation and meal expenses incurred in attending this assessment. There is an apparent inconsistency between the wording of schedule 1 clause 17(1aa) and schedule 1 clause 19(3A) of the Act, both of which seemingly apply to s 93L assessments.

Schedule 1 cl 17(1aa) provides that in addition to weekly compensation, the employer is liable to pay the reasonable expenses incurred or likely to be incurred in respect of “the first assessment of a worker for the purposes of section 93L in respect of a particular injury…as defined in section 146C to be made but not including the cost of any travel, meals or lodging”.

Schedule 1 cl 19(3A) provides, however, that “In any case where a worker travels for the worker’s degree of impairment to be assessed by an approved medical specialist or an approved medical specialist panel, the employer is liable to pay the worker’s vehicle running expenses, reasonable fares and expenses and reasonable cost of meals and lodging.”

The worker’s February 2017 assessment was arguably covered by each of these clauses, so the issue was therefore which provision applied on a proper construction and if both of them applied, the approach to interpreting of any inconsistency between them.

The worker had argued that sch 1 cl 19(3A) superseded sch 1 cl 17(1aa) given it was enacted at a later time; however, this was rejected. The primary decision held that the proper construction was that both clauses applied to the February 2017 assessment and that the maxim applied, given that cl 17(1aa) provided for entitlements specifically where a worker seeks to protect or pursue common law rights and in doing so expressly excludes travel expenses. As such, the expenses were not recoverable.

On appeal to the Supreme Court, the worker referred to extrinsic materials preceding the amendments to the Act that included the introduction of sch 1 cl 19(3A), in arguing that the worker should be entitled to recover such costs. One such document was the “Worker’s Compensation and Injury Management Act 1981 – Legislative Review 2009”, which included the recommendation that clause 19 of schedule 1 “be amended to entitle injured workers to be reimbursed for the cost of travelling for an impairment assessment in circumstances where there is no ready access to an approved medical specialist.” It was argued that it would be absurd and illogical for a worker to be entitled to the costs of travel, meals and accommodation for the purposes of carrying out any other impairment assessment under the Act, but not for an impairment assessment for the purposes of s 93L.

The employer submitted that the judge had correctly identified and applied the law, and in doing so came to the correct conclusion that cls 17(1aa) and 19(3A) are inconsistent provisions to which the maxim “generalia specialibus non derogant” applied, and therefore the expenses were not recoverable.

The Supreme Court discussed the principles of statutory interpretation and confirmed that the maxim only applies where there are two inconsistent provisions that cannot be reconciled as a matter of ordinary interpretation.

In the current matter, it was found that Schedule 1 cls 17(1aa) and 19(3A) were not however inconsistent provisions. Their Honours regarded sch 1 cl 17(1aa) as dealing with an automatic entitlement to reasonable expenses in respect of principally medical expenses, but this entitlement did not extend to an automatic entitlement to travel expenses. The exclusion “but not including…” was said to confine the entitlement created by cl 17 (1aa), but the language did not purport to exclude any entitlement that may arise elsewhere in the Schedule or Act. Clause 19(3A), however, applied only to travel expenses and applies to “any case” where the worker’s degree of impairment is to be assessed. Their Honours noted that the “word 'any' in sch 1 cl 19(3A) prima facie gives sch 1 cl 19(3A) an exhaustive operation over the particular subject matter with which it deals”.

Their Honours therefore held that “sch 1 cl 17(1aa) and cl 19(3A) read together is that under the former, reasonable medical expenses (and other expenses, if any, not being Travel Expenses) are automatically payable by the employer for the purposes of the first s 93L assessment, and under the latter, the Travel Expenses relating to such an assessment are also payable where the worker establishes that the travel is 'necessary in the circumstances of the case'. In other words, the two are complementary rather than inconsistent.”

As such, the worker was granted leave to appeal from the primary decision.

We would like to acknowledge the contribution of Grace Collis.