The unique noise of drones: a regulatory update 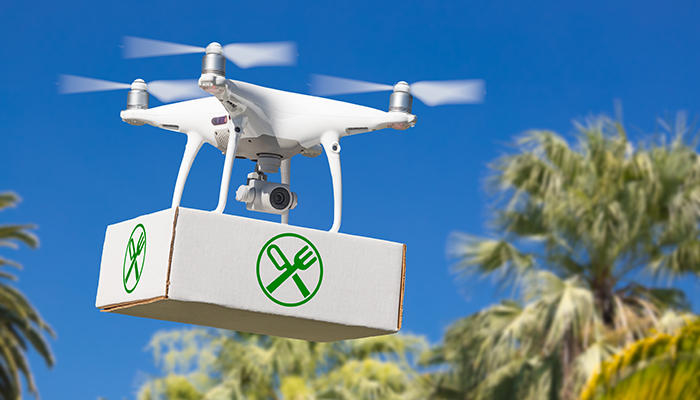 “It is a unique sound and it really draws attention. It is an unknown, unexperienced type of frequency. In that specific frequency, with the higher pitch that really gets people’s attention…”
- Wing’s testimony to the Inquiry into drone delivery systems in the ACT, July 2019 (Inquiry)

Most Australians have never seen a drone or heard one, but the rapid evolution in drone technology and the steady progress from recreational use to commercial use has already put drone noise on the radar of various state, territory and Commonwealth government departments. State and territory laws presently regulate noise intrusion over residential suburbs or major shopping centres. Noises such as lawn mowers, motor vehicle, construction and animals are regulated at this level. Drone noise is regulated at a Commonwealth level and, to date, the law has not been modified to reflect the differences between high altitude commercial aircraft, such as passenger planes and small, low altitude operated drones.

In 2018, Wing was permitted to conduct a drone goods delivery trial in Bonython, ACT. During normal operating periods, Wing averaged 22 deliveries per day, with 85 deliveries on their busiest, and final, day of operations. Deliveries were made for various businesses, including Chemist Warehouse, Bunnings, Jasper + Myrtle, Kickstart Expresso, Guzman y Gomez and a local franchisee of Bakers Delight. Forty-seven percent of orders were placed with ACT-owned small businesses. Food items and coffee were the most popular items delivered, while over-the-counter chemist items were the most popular non-food items delivered. The average duration of a drone delivery (from the tester placing an order to receipt of goods) was seven minutes and 36 seconds (comprising approximately four minutes of merchant preparation and three minutes of flight time).

Following this limited trial, complaints were lodged by local residents about the noise generated by the drones and the ACT Government commenced an inquiry into drone deliveries.

Inquiry into drone delivery systems in the ACT (ACT Inquiry)

The ACT Inquiry published its report in July 2019. One of its four recommendations was to engage proactively with the Department of Infrastructure, Transport, Cities and Regional Development (Department) to share the experience of the ACT community in drone delivery trials, including the issue of drone noise regulation.

Presently, all aircraft noise complaints are managed through the Noise Complaint and Information Service administered by Air Services Australia. There are no international noise aviation standards for drones.

Until recently, the Department has considered the Air Navigation (Aircraft Noise) Regulations 2018 (Cth) as not applicable to drones. The existing Regulations were developed for traditional aircraft, such as jets, prop planes and helicopters, whose noise type and general flying altitudes are much higher than drone altitudes.

Drones also have a very different pitch to that of traditional aircraft and because of the lower altitude can be “heard” differently, depending on the background noise. For example, drones monitoring heavy traffic flows while tethered to a multistorey building are likely to be heard by fewer people than a drone taking aerial photos for a real estate sale. Similarly, drones being used for sporting events at large arenas are less likely to be heard by individuals than when used in the neighbourhood park during a community sporting match. Also relevant to noise-related issues is the total number of drone movements per day, the duration, number per hour and take-off day.

Following submissions from the ACT Standing Committee on Economic Development and Tourism, the Department has reconsidered its position and formed the view that s 17 of the Regulations does in fact apply to drones. As a result of this new interpretation, commercial and recreational drone operations require s 17 approvals.

In September 2019, in response to the ACT Inquiry, the Department released its Issues Paper: Review of the Air Navigation (Aircraft Noise) Regulations 2018 – Remotely Piloted Aircraft.

The specific purpose of the review is to have public consultation on the Regulations and the continued appropriate scope and breadth of drone noise regulation for remotely piloted aircraft (drones) and urban air mobility.

The review will address a range of noise-related issues, including:

This review is of specific interest to commercial operators, as well as to local government and state government departments that use commercial drone services.

Submissions close 22 November 2019 with the Review Report to be completed by 31 December 2019.