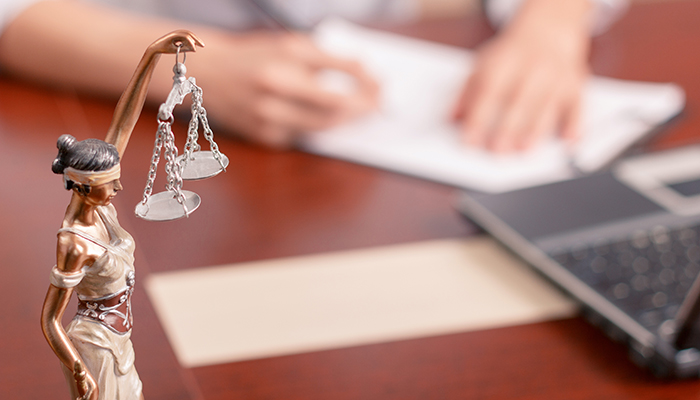 In a recent unfair dismissal decision where legal representation was refused, the Fair Work Commission (FWC) reinstated a Litchfield Council employee after finding there was no valid reason for her dismissal and that the disciplinary process was initiated improperly and was procedurally unfair.

The decision in Ms Susan Edwards v Litchfield Council [2019] FWC 6660 is a useful reminder to employers to implement and follow appropriate policies and procedures when considering disciplinary action in order to mitigate the risk of any post termination of employment proceedings.

The Applicant was employed as a gate keeper at the Council’s Waste Transfer Stations for seven years before it was alleged that she had defrauded the Council by engaging in improper and illegal transactions.

After receiving an initial complaint from an employee alleging that the Applicant had not appropriately directed or charged a customer, her manager viewed CCTV footage of the day to ascertain whether the complaint could be substantiated. Her manager then viewed footage from other days to look for potential misconduct by the Applicant and identified further instances in which the Applicant had failed to properly assess vehicle loads, collect required fees and record transactions. She had also invited third parties into the gatehouse for extended periods and made personal transactions during her shifts.

Shortly before the complaint was received, the Applicant had contacted the Mayor to discuss the Council’s response to her enquiries about the calculation of her cashed out annual leave payment. At the Mayor’s request, a meeting was organised to discuss the Applicant’s concerns about her annual leave payment. The Applicant was also told about the allegations during that meeting, even though she did not have a support person with her.

However, her denials were not accepted and she was found to have engaged in misconduct in relation to five of the seven allegations put to her. She was given a “first and final warning”, placed on a six-month assessment period and warned that any further instances of unacceptable behaviour may lead to the termination of her employment.

Shortly after the first and final warning, the Applicant took extended personal leave. Less than a week after her return to work, the Applicant was asked to respond to allegations that she had made inappropriate comments about another employee in the gatehouse logbook, was discourteous to a customer and had charged incorrectly for loads of waste.

The Applicant requested a copy of the gatekeeper’s logbook to assess the nature of the communications, but the Council denied the request. The Applicant responded in writing denying the allegations.

The Respondent submitted the findings of misconduct resulted in lost trust and confidence in the Applicant’s ability to properly perform her role and provided a valid reason for dismissal. However, the Commissioner accepted that the Applicant’s denial that she deliberately undercharged or failed to charge customers was “straightforward and credible”. This included because the Applicant had not been trained in the Council’s guidelines for how fees should be charged and when discretion on fees could be exercised.

The Applicant submitted that the investigations that resulted in the first and final warning and the dismissal were procedurally unfair because the specific incidents and allegations resulting in the final warning were put to her at short notice, and without the ability to fully understand the matters, and allow time to properly respond. The Commission agreed.

In assessing the mandatory considerations as to whether a dismissal is harsh, unjust or unreasonable, the Commission also accepted:

The Commission found the dismissal was harsh, unjust and unreasonable, concluding there was no valid reason for the Applicant’s dismissal, that the disciplinary process was initiated improperly and was unfair, and that the termination was a disproportionate response by the Council.

What employers need to know

Not all procedural failings will render a dismissal unfair. However, this decision serves as a timely reminder to employers of the importance of:

Although it did not arise in the Commission’s decision, employers should also be mindful that some states may have workplace surveillance laws that would need to be reviewed and considered before undertaking an investigation that seeks to consider or rely upon CCTV or other surveillance tracking devices.

We would like to acknowledge the contribution of Kate Minton.