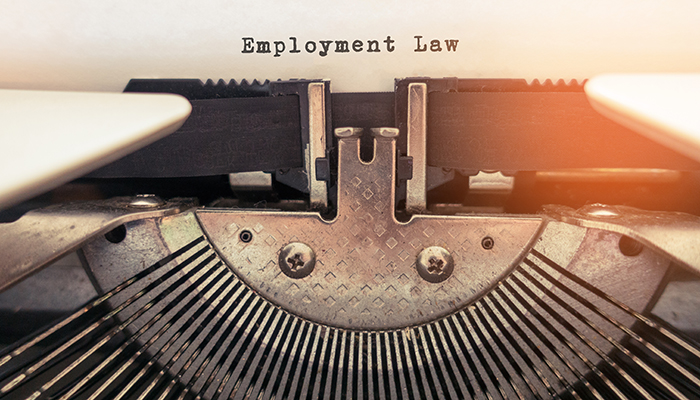 Until recently, “modern slavery” was not a concept that many would associate with the Australian workplace. However, since the provisions of the Modern Slavery Act 2018 (Cth) came into effect on 1 January 2019, Australian entities with a consolidated annual revenue of $100 million or more are now required to identify and minimise potential risks of modern slavery within their supply chains and disclose this information annually in the form of a modern slavery statement (see our earlier article here).

Additionally, New South Wales was the first Australian jurisdiction to introduce its own modern slavery legislation and the provisions of the Modern Slavery Act 2018 (NSW). The state regime is due to commence shortly and imposes its own obligations.

With the introduction of the two regimes we have received numerous questions about the scope and application of the new obligations.

Understandably, the raft of changes brought by the two Acts bring much interest from entities of all shapes and sizes as people rush to understand whether they are covered and, if so, what they need to do to comply. However, while there are fresh obligations, the concept of making principals accountable for matters occurring within their supply chains is not new.

For more than two decades, councils that are principal contractors could be held liable for any unpaid remuneration that is payable in connection with work done by employees of their subcontractors—unless the subcontractors supply written statements to declare that the remuneration has been paid. This is all thanks to the provisions under s 127 of the Industrial Relations Act 1996 (NSW).

Similar obligations exist under the Pay-Roll Tax Act 2007 (NSW) and the Workers Compensation Act 1987 (NSW), whereby principal contractors are liable for any unpaid pay-roll tax and unpaid workers’ compensation insurance premiums, unless they receive a written statement from the subcontractor to verify that these amounts have been paid. However, if the principal contractor received a statement but believed the written statement to be false, then liability may still flow.

WorkCover and the Office of State Revenue have published a recommended form for a written statement that protects the principal contractor from liability to pay unpaid remuneration, pay-roll tax and workers’ compensation premiums payable by the subcontractor. The form can be accessed here.

Taking steps to review and monitor subcontractor compliance with the requirement to provide written statements under s 127 of the Industrial Relations Act will assist local government agencies to comply with the modern slavery obligations discussed above. If a subcontractor repeatedly fails to declare that their employees have been paid in full, this may provide an indication of potential modern slavery practices occurring within that organisation.

Whilst the concept of accountability for modern slavery is not new, the obligations are. Under the NSW Act, there are significant reporting requirements that necessitate the annual production of a modern slavery statement. This applies to “commercial organisations” with an annual turnover of $50 million or more, but do not apply to government agencies of the State.

While councils are not required to report, the legislation contains a number of provisions that aim to ensure the goods and services procured by government agencies, including councils, are not the product of modern slavery. These changes increase the level of responsibility to address and eliminate modern slavery practices in their procurement of goods and services. In particular, the NSW Act provides for:

For the purposes of the Commonwealth Act, an “entity” includes a body politic, which means that any local government agency with consolidated revenue of $100 million or more will be subject to the reporting requirements under the Commonwealth Act. If covered by the Commonwealth Act, then the obligations of the NSW Act will not apply. But, entities will be required to prepare and submit a modern slavery statement for each financial year. The report will need to identify risks of modern slavery within its operations and supply chains, any actions taken to address and minimise those risks and the effectiveness of those actions taken.

The Commonwealth Act does not impose financial penalties on entities that fail to meet the reporting requirements or knowingly provide false or misleading information in a modern slavery statement. However, the Minister is permitted to publish information about any reporting entity that does not provide a statement and fails to explain why a one was not provided.

Both jurisdictions allow for any entities that are not captured by the reporting requirements to submit modern slavery statements voluntarily.

Bringing it all together

While the obligations imposed on local government agencies under the Industrial Relations Act and the modern slavery legislation may appear to be separate and distinct, both require NSW Government agencies to exercise due diligence in their procurement of goods and services.

Under the modern slavery legislation, flagging and investigating any non-compliant subcontractors for potential modern slavery breaches will ensure that local government agencies are taking action to address and eliminate modern slavery practices in their procurement of goods and services.

In light of these requirements, it is recommended that councils take proactive steps to ensure compliance, including:

We would like to acknowledge the contribution of Elyse Galvin.