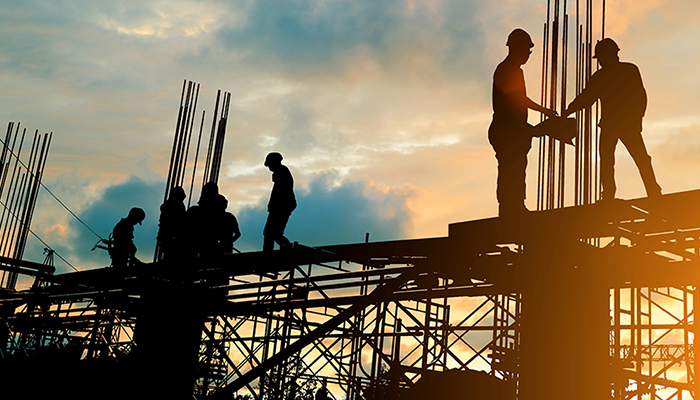 In a recent significant decision, the NSW Court of Appeal found that a property developer was entitled to damages for loss of profit arising out of a misrepresentation by a professional consultant made to the builder of a commercial and residential development project.

Mistrina and Jabbcorp Construction Management Pty Limited (Jabbcorp) entered into a contract for the development of a mixed-use building, funded by a loan facility from Bankwest that was secured against the development, and by a mortgage over another property.

ACE provided to Jabbcorp a structural engineering compliance certificate (Certificate), certifying the design of raft slabs. The slabs were in fact, non-compliant with the relevant Australian building codes and standards and the Certificate therefore erroneous. Discovery of the defective slabs caused the development to cease. Mistrina defaulted under its loan agreements leading Bankwest to exercise its rights to sell the partially completed development and the mortgaged property.

The obstacle faced by Mistrina to recover its loss was that it had no direct contract or dealings with ACE. In those circumstances, Mistrina advanced a case based upon a claim for misleading and deceptive conduct in contravention of s 52 of Trade Practices Act 1974 (Cth) (the Act) (now s 18 of the Competition and Consumer Act 2010 (Cth)).

The primary judge determined that the provision of the Certificate by ACE amounted to misleading and deceptive conduct in contravention of s 52 of the Act. It was held, however, that the developers failed to establish, with direct evidence, that Bankwest acted on its security because of the structural defect and erroneous certification.

The Court of Appeal overturned the decision and held that the misleading and deceptive conduct was causative of the loss based upon an “overwhelming inference” that the bank did act as a result of the structural defect and erroneous certification.

The appeal decision is authority for the proposition that third-party professionals found liable for misleading and deceptive conduct which causes economic loss to a plaintiff developer, even indirectly, may be liable to the developer for damages. Where the loss of opportunity to the developer is a generally foreseeable result of the conduct, even by way of inference from the evidence as a whole, damages will be recoverable.

The Court’s position is consistent with the recent passing of the Design and Building Practitioners Act 2020 (NSW) which enforces upon design practitioners, including engineers, a broad and far-reaching duty to exercise reasonable care to avoid loss to owners for building defects. Increased stringency with regard to compliance regulations will allow building owners to recover damages for a practitioner’s breach of duty for up to 10 years following the breach.

The Appellants, Mistrina and the estate of Mr Elias Sikos, entered into a contract with Jabbcorp for the construction of a mixed-use development in Sydney. The respondent, ACE was an engineering company engaged by Jabbcorp to provide the structural design for the development.

The loan facility provided by Bankwest was to be repaid by Mistrina on 2 August 2010, 18 months from initial drawdown and was secured by a personal guarantee from Mr Sikos, backed by a mortgage over an unrelated property (Rowley Property). The Appellants had intended to repay the loan from the proceeds of the sale of the development.

Mistrina, Bankwest and Jabbcorp entered into a Builders Tripartite Deed (the Deed) under which Bankwest could assume Mistrina’s contractual rights and obligations following an “Event of Default”.

Included in the design of the development was a raft slab, which was approved by ACE in its provision of the Certificate. As it transpired, the raft slab did not comply with the Building Code of Australia and other relevant standards.

In April 2010, the owner of a neighbouring apartment complained that the building was structurally defective. The investigation that followed revealed that the raft slab was non-compliant. ACE issued a “Stop Work Order”.

As a result of the halt to the construction mid project, the developers incurred significant economic loss. Bankwest demanded repayment of the outstanding loan, which was not satisfied by the developers. Accordingly, the bank enforced its rights under the Deed to sell the partially complete development and the Rowley Property.

On appeal, the key issues before the Court were:

The first ground of appeal was that ACE’s misleading and deceptive conduct was at least one of the developers’ decisive considerations in proceeding with the construction of a defective design. Mistrina maintained that but for the misrepresentation, they “would not have embarked on the course they did, and the loss they suffered would have been avoided”.[1]

The developers emphasised that Jabbcorp’s reliance on the Certificate, leading them to include the raft slab, and which caused loss to the developers, was sufficient to establish the requisite standard of reliance.[2]

On this point, the developers submitted that the primary judge erred in proceeding with a strict enquiry as to the causal link between the misleading and deceptive conduct and the loss suffered. Rather, the enquiry should have focused on whether the erroneous certification was decisive in halting the development and was thereby “causally connected with the course of action that followed”.[3]

The second ground of appeal was that the primary judge erred in concluding that any inference the defective building and subsequent delay to the development materially caused Bankwest to call on the security, was a matter of “assumption and conjecture”.[4]

The Court concluded that irrespective of the absence of admissible direct evidence to verify Bankwest’s decision-making process, there was an “overwhelming inference” that the defective design and delay to the development gave rise to an “Event of Default” under the Deed and therefore, was a material cause of the bank’s decision to call on the security.

The inference that these matters would have a causative bearing on the decision of Bankwest to sell the development, “is the most obvious (and probable) inference to be drawn from all the facts”.[5]

Therefore, the proper conclusion is that ACE’s misleading and deceptive conduct in certifying the defective design, materially caused the developers to suffer a loss of opportunity to profit from the sale of the development.

On the question of reliance, the Court of Appeal accepted the proposition that reliance by the builder on the Certificate, was causally connected to the actual loss and damage suffered by the Appellants.

On the issue of foreseeability, the Court of Appeal held that a reasonably foreseeable consequence of the discovery of structural defects and consequent delay to the development was for the secured lender to exercise its rights to call on the loan.

Thereby, even where the loss of opportunity to complete the development profitably was “foreseeable in a general way”, this was sufficient to render the damages recoverable from ACE.[6]

This decision, in light of the Design and Building Practitioners Act 2020 (NSW), is a concerning development for third-party professionals such as engineers. No longer is their liability confined to losses flowing directly from their contractual relationship or dealings with the head contractor.

We would like to acknowledge the contribution of Gigi Lockhart.