Andrew is an experienced property lawyer, known for providing exceptional service to his clients. Andrew looks for different ways to help and engage with his clients, taking the time to understand their needs, adding value to their projects.

Helen is an experienced property and development lawyer and is a NSW Law Society Accredited Specialisation in Property Law. Her many years’ experience practising in the complementary areas of property, development and leasing enable Helen to provide timely and astute advice to her Hunter-based clients within the public and private sector. 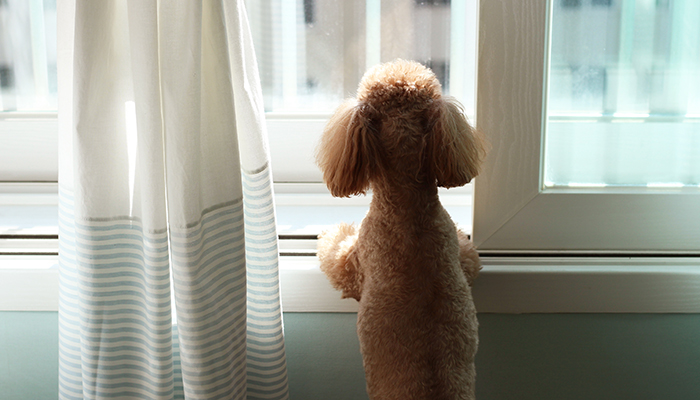 On 12 October 2020, the NSW Court of Appeal handed down a landmark judgement finding that a by-law imposing a blanket ban on pets in a strata building was invalid. The Court held that the by-law in question contravened s 139(1) of the Strata Schemes Management Act 2015 (NSW) (the Act) which provides that “a by-law must not be harsh, unconscionable or oppressive”.

The Applicants, Johanna and Leo Cooper (the Coopers) own and live in a unit in The Horizon apartment building in Darlinghurst, Sydney. By-law 14 of the Strata Scheme states that “an owner or occupier of a Lot must not keep or permit any animal to be on a Lot or on the Common Property”. The Coopers keep a dog in their apartment, in contravention of this by-law.

The Coopers unsuccessfully sought repeal of the by-law at extraordinary general meetings of the Strata Scheme in 2015 and 2018. The Coopers then commenced proceedings in the NSW Civil and Administrative Tribunal (NCAT) seeking a declaration that the by-law was invalid. The Coopers argued that a blanket ban on pets contravened s 139(1) of the Act, providing grounds for NCAT to declare the by-law invalid.

On 21 November 2019, NCAT declared the by-law invalid. However, the Owners Corporation successfully appealed the decision and on 27 May 2020 the Appeal Panel of NCAT set aside the orders. The Coopers sought leave to appeal from the Appeal Panel to the Court of Appeal on a question of Law.

The Court of Appeal considered the matter on various grounds, including the power to make by-laws under the Act, the rights of a freehold property owners and the lack of legitimate concern for other occupiers of the strata scheme.

The Court considered the power to make by-laws under s 136 of the Act, finding that “a by-law which restricts the lawful use of each lot, but on a basis which lacks a rational connection with the enjoyment of other lots and the common property, is beyond the power to make by-laws conferred by s 136. A by-law is to be for the “benefit of the lot owners” within the terms of s9(2)”, being the Owners Corporation’s responsibility for management of the strata scheme. If a pet does not cause a hazard, nuisance or material annoyance to other occupiers, banning such pet does not benefit those occupiers.

The Court also considered the freehold interest held by a registered proprietor of a lot in a strata scheme, finding that a by-law should not restrict a lot owner from enjoying the rights of property ownership, such as pet ownership, particularly where the restriction does not rationally enhance or preserve the enjoyment of other lot owners in the strata scheme. It was held that by-law 14.1 “interferes with lot holders’ use of their real property in a respect and to an extent that is unjustified by any legitimate concern of others in the building”.

The Appeal Panel of NCAT held that the Coopers acquired their interest in the strata scheme with the knowledge of the existing by-law—that pets were not allowed in the building. However, the Court found that this knowledge is not relevant to whether the by-law is contrary to s 139(1) and held that the Appeal Panel’s consideration of the circumstances of the Cooper’s purchase of their lot was not relevant to the dispute.

Further, the Court held that the prohibition of oppressive by-laws under s 139 does not require a specific group within the Owners Corporation to be oppressed, nor does it matter whether the by-law was adopted or maintained by a large majority or even unanimously. As the by-laws bind all lot owners, including incoming lot owners, the oppressive character of the by-law may come to be felt by a later lot owner.

Another point argued by the Owners Corporation was that amending the by-law would create administrative issues by requiring the Owners Corporation to consider each application for approval and ongoing consideration for whether the pet caused a nuisance. The Court rejected that argument and held that “the need to make evaluative judgments from time to time in the administration of the by-laws of residential strata buildings is an inescapable incident of this type of property ownership. It is not a consideration that could preserve by-law 14.1 against invalidation”.

The Court of Appeal held that the Appeal Panel erred in law in finding that by-law 14.1 did not contravene s 139(1) of the Act. The Court held that the by-law was oppressive by imposing a blanket ban on pets with no legitimate concern of others in the building, consequently being invalid.

The Court ordered that the Appeal Panel’s orders be set aside, thus reinstating NCAT’s order that by-law 14 be removed, such removal to apply retrospectively from the date the by-law was registered.