Chris is an experienced insurance law practitioner with expertise in public and product liability, workers' compensation and common law compensation, and motor vehicle and personal injury. 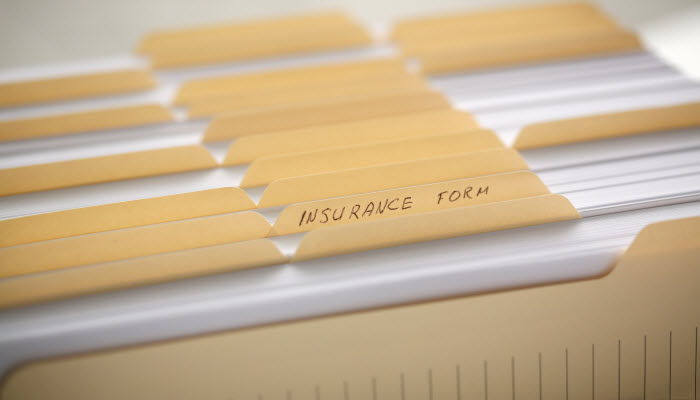 In Woodside Energy Ltd v Kieronski [2019] WADC 64, the District Court of Western Australia held that it was not “discipline”, for the purposes of s 5(4) of the Workers’ Compensation and Injury Management Act 1981 (WA) (WCIM Act) and the definition of injury, to take away an employee’s security pass and phone, march her out of the office in front of her colleagues and take her home in a taxi—as this was part of the “investigation process” and did not amount to “discipline” in accordance with Woodside’s internal policies.

In October 2011, the worker was accused of breaching Woodside’s Code of Conduct for allegedly leaking confidential information to customers—however, she was cleared of any wrongdoing and was issued an apology.

Due to the allegations and surrounding circumstances, she suffered stress and depression, and in August 2012 she made a claim under the WCIM Act for compensation for injuries sustained on 13 October 2011. The claim was accepted by Woodside and the worker participated in a return to work program.

On 13 August 2013, the worker was called into a meeting with her supervisor and the employee relations manager and was informed about new allegations that she had breached the Code of Conduct. She was told she would be stood down on full pay until the matter was investigated and that she would be required to attend an interview. Her security pass and company telephone were taken from her and she was then escorted to her desk to collect her personal belongings and was accompanied home in a taxi.

The next day, the worker was assessed by a psychiatrist who reported she had immediately developed physical symptoms after the shock of having her mobile telephone and security pass taken from her.

On 20 November 2013, the worker made a claim under the WCIM Act for compensation for injuries allegedly sustained on 13 August 2013.

Woodside accepted the worker sustained an “injury” within the meaning of that term in the Act and that her employment was a significant contributing factor to the injury—but alleged that the injury was not compensable as it arose out of the worker’s discipline, or expectation of discipline or dismissal (s 5[4] of the WCIM Act).

Arbitrator Powles awarded the worker compensation for her stress injury on the basis that Woodside’s treatment amounted to discipline, and was unreasonable and harsh (Kieronski v Woodside Energy Ltd A12976, WCAS, 28 October 2015).

At the second arbitration, Arbitrator Ekanayake found that the worker’s stress predominately arose from her perceived loss of reputation, sense of injustices and need to clear her name. He also found the employer’s process was not “discipline”, but noted that if he was wrong and the meeting on 13 August 2013 did amount to discipline, the conduct of the employer was unreasonable and harsh (Kieronski v Woodside Energy Ltd, A12976, WCAS, 10 January 2018).

Woodside raised three grounds of appeal, alleging the Arbitrator erred in his decisions and that:

Glancy DCJ refused to give Woodside leave to appeal the decision of Arbitrator Ekanayake, on grounds 1 and 2. Her Honour did not address ground 3.

In coming to the conclusion, Glancy DCJ referred to the similar-fact decision of Department of Education v Azmitia [2014] WADC 85, in which it was held that the predominant cause of a teacher’s stress was her perception that her integrity and reputation was attacked as opposed to her expectation of discipline.

Glancy DCJ confirmed that if she had found that the conduct of the employer on 13 August 2013 was “discipline”, then she would have accepted the worker’s stress was not compensable as it would have “wholly or predominantly” arisen from the discipline.

Glancy DCJ accepted the reasoning of the Arbitrator that the conduct of Woodside on 13 August 2013 was not discipline because Woodside’s own Code of Conduct distinguished between an “investigation” and “disciplinary action”. The worker and her treating doctor had been told by Woodside that the meetings on 13 August 2013 and 12 September 2013 were investigatory and that disciplinary action would follow if it was found that the worker had breached the Code of Conduct.

In coming to this conclusion, Glancy DCJ agreed with Herron DCJ’s analysis in Pilbara Iron Company (Services) Pty ltd v Suleski [2017] WADC 114 (at [139]) that what constitutes discipline involves consideration of the employment relationship including (inter alia) the internal policies, terms of employment and codes of conduct regulating the rights and obligations of the employee and the employer. In Suleski, it was held that the implementation of a performance management plan (during a meeting) was a matter of discipline.

The decision in Woodside Energy Ltd v Kieronski highlights the importance of the contents of an employer’s policies and procedures in considering the circumstances in which action taken by an employer, which causes an injury to a worker, can be considered to be discipline (and therefore non-compensable) if the actions were not harsh and unreasonable.

The judgment was delivered on 9 May 2019 and Woodside have until 30 May 2019 to appeal the decision to the Court of Appeal.

We would like to acknowledge the contribution of Lauren Grey.