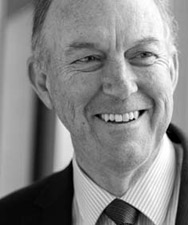 Col's experience has also seen him receive an Excellence Award in Government Legal Services from the NSW Law Society and frequent listings in the AFR's Best Lawyers in Australia list for Government. He has also been a Ranked Government Lawyer in the Chambers Asia-Pacific Guide since 2015.

Col advises on defensible and accountable processes to help ensure projects are properly documented and performed, and comply with legal and policy obligations that apply to procurement and grant funding. On many major projects Col also attends evaluation meetings and site briefings around Australia.

What his clients say
"We have been thrilled with the practical and responsive advice we receive from Liana and Colin on our probity matters. Our line areas were sometimes hesitant to work with probity advisers but after their experience with Liana and Colin they now don't know what they would do without their valuable advice and useful 'phone a friend' approach." Vanessa Smith, Principal Legal Officer, Department of Environment

"Colin Webeck of Sparke Helmore works in the area of probity and advises a range of government departments on matters such as funding and procurement." – Ranked Government Lawyer, Chambers Asia-Pacific 2016

Col has more than 35 years' experience, having started as a "bush lawyer" providing general commercial, property and probate advice to country clients in southern central NSW. Col then worked at the Australian Government Solicitor's office before joining Sparke Helmore in 2000.

Apart from putting out bushfires, both metaphorically (for clients) and literally (as a volunteer fire-fighter in the NSW Rural Fire Service), Col spends his time with his family, loafing about on a small farm where he can indulge his passion for flying around the Southern Ranges in his kit-built aeroplane.