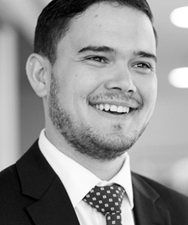 Kelvin is a Commonwealth compensation, social security and administrative law specialist. His extensive experience working for and within various government departments gives him a deep understanding of his clients' needs and priorities.

Kelvin's expertise lies in advising clients on strategies relating to claims management, dispute resolution and litigation. He has extensive knowledge of the Commonwealth's operating environment, including the requirements of the Legal Services Directions and the obligation to act as model litigant. Kelvin regularly appears as a solicitor/advocate in the Administrative Appeals Tribunal.

Kelvin relocated from Townsville to Canberra in 2011, but is yet to acclimatise to the frosty temperatures (which he steadfastly believes exist for at least 10 months of the year).

Since recently becoming a parent, Kelvin has discovered the true power and importance of coffee, and realised that his highly developed negotiation and dispute resolution skills have no effect on baby Nina.