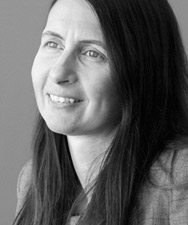 Joanne mainly acts for insurers in motor vehicle and treatment liability claims. She also handles asbestos claims, public liability, general liability and workers' compensation claims. She has experience practising in the United Kingdom as well as in Western Australia.

Joanne regularly appears in the District Court for interlocutory matters and pre-trial conferences, and has extensive experience instructing Counsel on a range of liability and quantum matters. She has also appeared in the Magistrates Court and State Administrative Tribunal.

Joanne is building a practice of appellate work and has a keen interest in inquest matters.

Joanne mainly acts for insurers in motor vehicle and treatment liability claims. She previously worked for a number of years as a plaintiff lawyer.

Following her admission in 1999, Joanne was promoted from Assistant Solicitor to Litigation Manager at a boutique firm in North-West England, where she was responsible for a team of lawyers and support staff. She acted for plaintiffs in personal injury actions, and gained broader experience working on matters concerning public and product liability claims and workplace accidents. After four years in this role, Joanne established her own practice before joining a large Manchester practice, specialising in representing plaintiffs in both motor vehicle claims and claims arising from the negligent sale of insurance policies.

Joanne is a foster carer for two animal charities in Perth and is passionate about rehabilitating and re-homing rescue animals. In her spare time she enjoys swimming and horse riding.