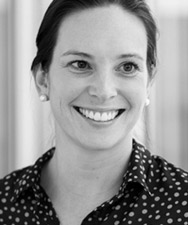 Jessica is an experienced insurance lawyer who has predominantly focused on general liability, including public liability and CTP schemes, and professional indemnity, particularly medical malpractice. Jessica works with clients to implement strategies, including alternative dispute resolution, aimed at avoiding litigation. Where litigation is appropriate, she represents insurers during pre-trial, trial and post-trial phases.

Jessica works with commercial and government insurers and advises on liability and quantum exposure.

She is an experienced litigator and advocate and appears in the ACT Supreme and Magistrates Courts, as well as the Federal Court and NSW District Court. She also regularly appears at mediations and other forms of alternative dispute resolution.

Jessica works with both local and overseas-based insurers, as well as government insurers, government agencies (at both the State/Territory and Commonwealth level) and commercial insureds.

Jessica holds a Bachelor of Arts, Bachelor of Laws (Hons) and a Master of Laws from the Australian National University.

Jessica started her career at Sparke Helmore and has returned after nine years at DLA Piper Australia—the majority of which was spent working as a senior associate on major insurance claims worth in excess of $1m and on insurance litigation work for large government agencies.

Jessica is happiest on a netball court—whether it is playing, coaching or watching, she loves everything and anything to do with what she calls "the greatest sport in the country".  Presently, and with much less success, she is attempting golf.

Jessica and her husband love travelling and her most memorable holiday so far was a safari they did in Botswana.

Insights
Copyright 2019 © Sparke Helmore. This publication is not legal advice. It is not intended to be comprehensive. You should seek specific professional advice before acting on the basis of anything in this publication.