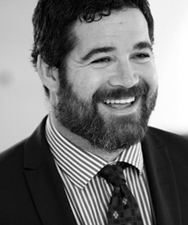 Henry specialises in defendant medical negligence, public and product liability involving complex property damage issues, personal injury and cyber claims. Throughout his career, he has developed a deep understanding of the legal issues and practical implications of claims in the industry, having acted for many of Australia's largest insurers since 2011.

Henry is an experienced insurance litigator with a strong background in personal injury claims encompassing professional negligence, casualty line and health law claims. He is also involved in the firm's Cyber practice.

Henry has experience appearing before the Supreme Court, Court of Appeal, the Federal Court of Australia, the Magistrates and County Courts, in addition to professional boards and tribunals such as the NSW Civil and Administrative Tribunal and the Australian Healthcare Practitioner Regulation Agency.

Henry acts for insurers and self-insurers in matters ranging from slips and falls, to complex catastrophic injury claims.

Henry holds a degree in History & Politics from University College Dublin, a Bachelor of Laws from the National University of Ireland (Galway) and a Barrister of Law degree from The Honorable Society of King's Inns, Dublin.

In 2014, Henry completed the Legal Profession Administration Board's crossover exams to be able to practise in Australia.

Henry qualified as a Barrister in Ireland in 2006 and practised there until he immigrated to Australia in 2011. Before joining Sparke Helmore in November 2017, he worked for some of Australia's leading defendant insurance firms.

A former professional rugby player with Connacht in Ireland (2001-2004) Henry maintains a keen interest in the sport and was one of the founding members of Sydney Irish RFC. He is married to Emily and father to Beibhinn (pronounced Beavin!), and still dreams of joining the senior PGA tour despite being terrible at golf.