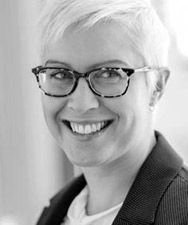 Gemma has worked in insurance litigation for more than 13 years and has experience defending statutory classes of insurance claims as well as public liability, medical negligence, and historical abuse claims in the ACT, NSW and Victoria.  Gemma also has significant experience in the class action space, having spent over two years working on contamination class actions filed in the Federal Court of Australia.

Gemma advises insurers on the defence of claims and litigation strategy that fit within their commercial interests. She regularly appears in the ACT Magistrates Court, ACT Supreme Court and in the Claims Assessment and Resolution Service (CARS) in NSW. She previously practised in Victoria, where she appeared in the County Court and Supreme Court of Victoria.

Gemma has a Bachelor of Arts and Law as well as a Masters in Law from the Australian National University.

Gemma began her career in litigation at a small Canberra firm. She also practised in insurance litigation at DibbsBarker and in dispute resolution at King & Wood Mallesons. She initially joined Sparke Helmore in 2010, before moving to DLA Piper Australia's litigation team when she relocated to Melbourne in late 2011.

In 2012-13, Gemma completed a nine-month secondment at the Australian outpost of a European insurer where she performed claims management duties for claims under Australian and international statutory classes of insurance, professional indemnity and general liability. Gemma returned to Sparke Helmore's Canberra office in December 2013. She has been on secondment to a large Government Department since late 2018.

Gemma is a keen horse rider and spends her weekends travelling around NSW competing in showjumping and eventing with her team of off-the-track thoroughbreds. She also enjoys snowboarding and soccer.