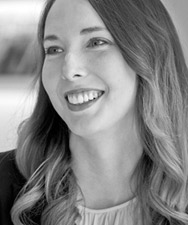 Elle specialises in administrative law and Commonwealth compensation. She regularly appears as a solicitor advocate in the Federal Circuit Court and Federal Court in judicial review proceedings.

Elle advises, and appears on behalf of, government clients in merits and judicial review proceedings.

Elle has a Bachelor of Laws from the University of Queensland.

Before joining Sparke Helmore in January 2014, Elle was a judge's Associate in the Federal Circuit Court of Australia.

Elle is passionate about travelling to new places. Before moving to Queensland in 1997, Elle lived in Melbourne, Sydney and Malaysia, as well as India in 2005. She also loves art, whether it be viewing or creating her own pieces.