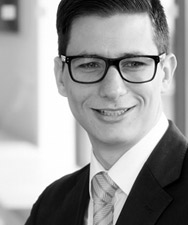 Ashley's expertise lies in providing strategic litigation and claims management advice. He advises on matters of liability, quantum and settlement prospects and works closely with his clients to develop solutions for effective claims resolution. He is skilled in using a range of alternate dispute resolution processes and has also completed secondments with key Commonwealth clients. Ashley frequently appears as a solicitor-advocate for Commonwealth Government departments in Commonwealth courts and tribunals, including the Administrative Appeals Tribunal, Federal Circuit Court, Federal Court and Family Court of Australia.

Ashley has a Bachelor of Laws from the University of Queensland and a Graduate Diploma in Legal Practice from the College of Law.

Ashley joined the firm in 2006 while studying his undergraduate law degree. He spent 2007 in London working at Charles Russell LLP and rejoined Sparke Helmore in 2008.

Ashley is a keen cyclist, triathlete and water polo player. He's passionate about travelling and when on holiday you'll find him happily enjoying an adventure or relaxing at the beach on a tropical island.