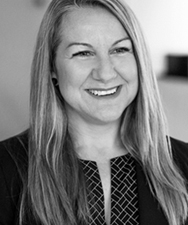 Angela has extensive insurance litigation experience, predominantly acting for CTP and public liability insurers in claims brought in the NSW District and Supreme Courts as well as the Claims Assessment and Resolution Service.

Angela has developed particular expertise in complex liability and major claims, often involving catastrophic injuries and multiple parties. She is keenly focused on strategies for early dispute resolution and takes an interest in the thorough investigation and defence of fraudulent and exaggerated claims.

Angela developed her experience as an insurance litigator at a large national firm almost a decade before embarking on a career break—during which she worked as an educator with students from wide ranging cultural and social backgrounds. The lure of the law remained and she returned in 2013, joining a leading insurance firm specialising in CTP. Angela joined Sparke Helmore in 2018.

When she's not shuffling children to and from various sporting activities, or participating much less successfully in her own fitness pursuits, Angela takes every opportunity to get off the grid hiking and camping in the mountains—provided the day ends with a nice drop of red in front of the fire.